URL : https://www.armedconflicts.com/leichter-Schuetzenpanzerwagen-Sd-Kfz-250-1-t18782#525302Version : 0
brano MOD 6 years ago
In the second half of the 1930s, the Waffenamt decided to include a new type of half-track armored personnel carrier. Conceptually, it was to resemble a larger type Sd.Kfz.251 but the basis was to be a modified tractor chassis DEMAG D7 (Sd.Kfz.10). The company DEMAG cooperated with the company Büssing (development of the armored body). The first prototype was created in 1939, which powered the engine Maybach HL 38 (100k), later due to failure, replaced on serial machines by Maybach HL 42 (100k). The 0th series was created in 1940. Serial production began at the end of 1941. The new machine was designated Sd.Kfz.250 . Based on it, many versions were created that differed in equipment, armament and purpose.

The crew consisted of the driver and commander of the vehicle. The machine was used to move half of the infantry team with complete armament. Since 1943, a modified version of this type has been produced under the name Sd.Kfz.250 Ausf.B , often referred to by the post-war designation as neue Ausführung (Sd.Kfz.250 neu ) . It differed from the old type Sd.Kfz.250 Ausf.A by technological shape simplifications. The older version of Ausf.A itself was further divided into two versions, Sd.Kfz.250 / E and Sd.Kfz.250 / Z. The versions differed in the shape of the armor and other details. In total, by 1944 (when it was decided to cancel production) about 6,000 pieces of all versions were produced. From 1945, as part of the rationalization of production, only a larger type was to be produced for the needs of troops Sd.Kfz.251.

Sd.Kfz.250 in the Czechoslovak army

When I listened to the story as a boy my dad, who remembered his military beginnings (circa 1948), in addition to the Cromwell, Stuart tanks and the Humber Scout Car, there was also a terminus technicus "short hakl" ...

Over time, we identified it as a vehicle Sd .Kfz. 250, but with the exception of a single photo of this type in version 250/9 and probably a red three-digit number (published in a magazine or thematic notebook) all attempts to confirm its existence in the armament of the then Czechoslovak Army failed ....

I recently received a friend neatly a "cut" scan from a magazine (probably a Czechoslovak soldier according to the "quality" of the press) with the comment that the text is basically a banal agitation on the topic of training explorers and the fight against laziness of smearers and bullying ... fits into the memories of my father, who served in a reconnaissance platoon or company of a self-propelled tank regiment, which was for some time armed with trophy and foreign equipment ...

It is most likely a variant of Sd.Kfz. 250/1 Neue Art (or Ausführung) with a simplified hull, the vehicle lacks a Notek headlight and an armored machine gun shield.

I practically rule out that it could be a reconnaissance version 250/4, because on the left side at the upper edge of the armor lacks an armored "box", covering the typical antenna joint for this variant and I doubt that it could be a tower devoid of variant 250 / 9 - this would be a picture of soldiers jumping out of the vehicle after its "shooting" would probably look different.

, which will immediately complement the number of vehicles of this type, located in the arsenal of the then Czechoslovak Army on a certain date. 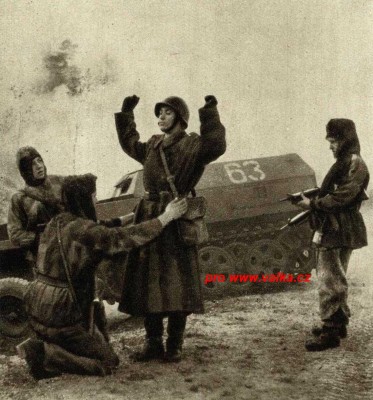 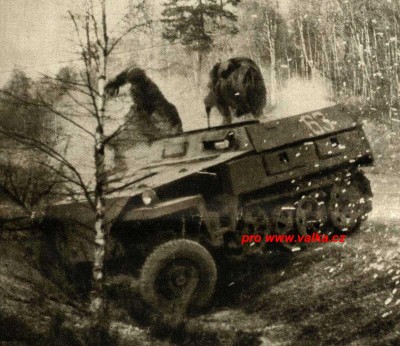 URL : https://www.armedconflicts.com/leichter-Schuetzenpanzerwagen-Sd-Kfz-250-1-t18782#235650Version : 0
palič 13 years ago
Just ask. Just a colleague of Jirka contributed in the discussion about OT-810. The question about half-tracks in Czechoslovakia. army at https://www.vojenstvi.cz is I guess mine (sclerosis). I came across another designation Sd.Kfz.250, namely D7P .

937. What were the numerous states of German half-track technology in the post-war Czechoslovakia. the army? What all types? In which units, warehouses? I welcome more detailed information on the whole issue of half-track machines. (answers Pavel Minařík) Prey German tracked armored personnel carriers in Czechoslovakia. The army was mainly represented by SdKfz types. 251 and SdKfz. 250. Most of them were original transporters from war production, referred to as Hkl-6 (SdKfz. 251) and D-7 (SdKfz. 250) [/u ], to a lesser extent also about post - war reconstruction with Czechoslovakia. Tatra engine (Hkl-6-pa [u] D-7-p ). Unfortunately, we do not have exact data on their integration into individual departments, however, we managed to find summary data. Cs. the army as of 1.1.1951 had 736 armored personnel carriers, mostly various versions of Hkl-6-pa D-7-p. As of April 1, 1952, 65 Hkl-6s, 12 Hkl-6-ps, 42 D-7 were stored at the 1st Tank Base in Dědice near Vyškov. a 24 ks D-7-p . In March 1957, the armament of our army still contained 630 loot armored personnel carriers, of which 476 Hkl-6-pa [u] 154 D-7-p [/u ].

The same numbers figure in question 700.
URL : https://www.armedconflicts.com/leichter-Schuetzenpanzerwagen-Sd-Kfz-250-1-t18782#235672Version : 0
brano MOD 13 years ago
A note about the "Czechoslovak soldier" and J. Tintěra's contribution in another topic reminded me that I could also find something, two photos of the older version are from the year 1954 (if I did not write it down wrong)

URL : https://www.armedconflicts.com/leichter-Schuetzenpanzerwagen-Sd-Kfz-250-1-t18782#235691Version : 0
bitaxe 13 years ago
And the second one, both of them suddenly don't want to take it from me

I don't know what kind of unit it is, but the first one is quite a lot of them, so maybe it can be infantry and not scouts, but who knows. 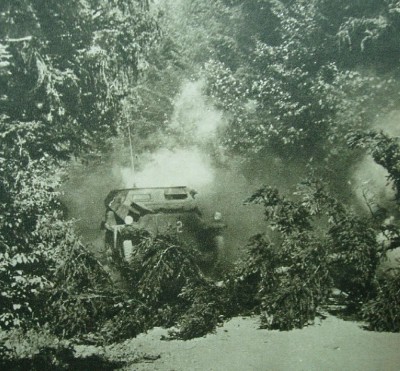 . Takže - opět snímek z výcviku průzkumníků.
URL : https://www.armedconflicts.com/leichter-Schuetzenpanzerwagen-Sd-Kfz-250-1-t18782#235699Version : 0
palič 13 years ago
In the magazine Naše vojsko year 1951 No. 24, I discovered an article about landscaping in a military camp, where a "combat vehicle and plow ..." was used to plow a furrow before planting trees. 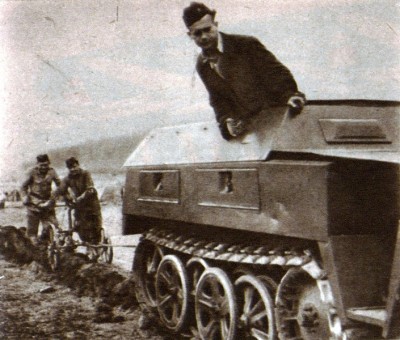 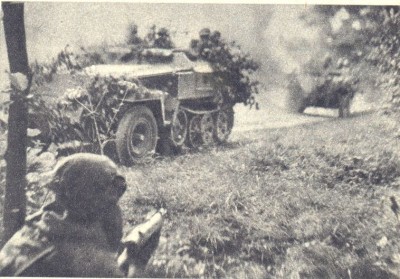 After the end of World War II, the lack of reconnaissance vehicles forced the leadership of the Czechoslovak Army to introduce temporarily into service Sd.Kfz.250 / 1 under the designation "light armored personnel carrier D-7p". The repair of 154 of these transporters was provided in the years 1948 to 1955 by the Automobile Armory 1 Přelouč.

Organizationally, about 110 pieces of D-7p were incorporated into the armament of motorized battalions of rapid divisions, instructional and self-propelled battalions. The remaining 44 transporters were assigned by the Czechoslovak General Staff to Army Artillery Command. In the years 1951 - 1958, the D-7p was used by reconnaissance units of mechanized and partly also rifle divisions.

After the reorganization Czechoslovak Army in October 1958 took over 136 operations capable D-7p and created motorized rifle army. It used vehicles until the summer of 1963, when they were withdrawn from service by order of the Chief of General Staff and scrapped in 1964 in the Military Repair Company 026 Šternberk. For museum purposes, two vehicles were left in Slovakia, one for the Military History Museum of the SNP in Banská Bystrica and the other for the Duklian Museum in Svidník. 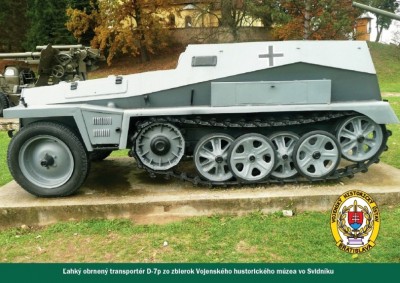 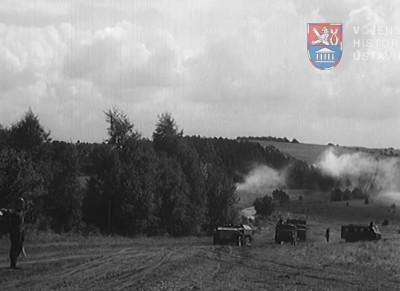