URL CZ: https://www.valka.cz/Sung-chua-tiang-1-t187890#546175Verze : 0
URL EN: https://www.armedconflicts.com/Songhuajiang-1-t187890#546175Version : 0
Aubi MOD 5 years ago
In 1958 began in China appear the first attempts of domestic transport aircraft. It was the machines of the Beijing-1 Beijing institute of aerospace, described as a cross between Jake 16 and de Havillandem Dove, Show-the-1 (Capital-1) beijing engineering machine Capital (China at this time, like other communist countries, she loved the "revolutionary" names) in a similar An-14 and finally charbinskému Sung-hua-jiang-1 Civil engineering machine Wei-jian ("Great structure" or something similar). Charbinské strojírny named his aircraft by the local river, known by us under the Russian and mandžuským on behalf of the songhua river. Sung-hua-jiang-1 from the previous two machines differed, that wasn't entirely of domestic structures, but unlike the vast majority of chinese production of that time wasn't even a clone of the Russian equipment. It was basically a dubbed czechoslovakian light transport aircraft Aero Ae-45S. Since its pattern differed mainly substantially modified hull, who got a new bow stupněným the windshield, and which was dragged to the front, to fit one more row of seats. Seats could possibly be removed and replaced by a load to the weight of 640 kg. Preserved left tail surfaces, wings and the czechoslovak motors company Motorlet. Sung-hua-jiang-1 first flew in the same day as a competitive Capital-1 (and a year later than the Beijing-1), 29. in September 1959. Despite a relatively successful test was but another development soon after the government regulation stopped, perhaps to the factory could focus on the less experimental production of helicopters, Z-5, that, by itself, thanks to the Great leap forward and similar crazy stuff, it required a complete deployment. The chinese clone of the Super Aero why he ended up in a single prototype.

By the way, at the end of the 70. years China once again inspired in CZECHOSLOVAKIA. The aviation plant in Chengdu at that time worked at the driving current of the aeroplane, which wasn't much more than a good old-fashioned Dolphin with the tail surfaces in the shape of a T substituted for the classical and modified for engine WP-10 by 11.8 kN. This machine, named CJ-7, finished for oraganizačním changes still in the stage of a wooden model..
URL CZ: https://www.valka.cz/Sung-chua-tiang-1-t187890#546178Verze : 3
URL EN: https://www.armedconflicts.com/Songhuajiang-1-t187890#546178Version : 0
Aubi MOD 5 years ago 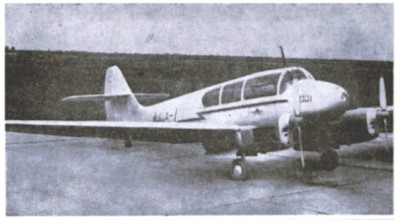 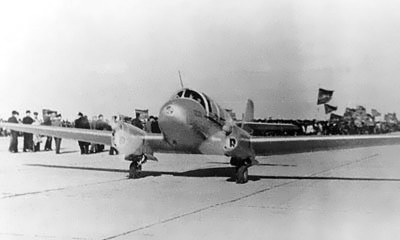