A special system of shooting records has been introduced in the Soviet fighter air force since the first armed conflicts. Thus, there were two basic categories of shootings: "in person" ( лично) or "in a group" ( in a group). The more precise term "in pairs" ( in a couple) or "in swarm" ( called) has also been used. However, the preferences for categorizing downed aircraft in these categories also changed significantly during the fighting. In the conflicts and wars of the late 1930s (the Sino-Japanese conflict, the fighting on the Chalchyn Gol river), there was a balanced relationship between the two types of victories.

However, after the invasion of the Soviet Union, the number of successful air battles fell sharply for the Soviets. Therefore, due to the increase of the "fighting spirit" were often attributed to all, respectively. almost all, shot down as so-called group to all the pilots who took part in the fight. As the combat experience of Soviet pilots later grew, who also received modern aircraft, the "consideration of priorities" also changed from about the summer of 1943, and personal shooting was preferred. This was certainly influenced by the newly introduced rules for awarding state awards and financial rewards, which also largely depended on the number of aircraft shot down on their own.

During the Korean War, almost all enemy aircraft shot down were recorded on pilots' accounts as personal shootings.

Let's take another look, typical of the turning point of 1943. This year, September 30 Regulation, signed by the Air Force Commander , Marshal A.A. Novikov, on "honoring and rewarding Red Army Air Force, Long-Range Air Force, Air Defense Fighter Air Force and Naval Air Force for combat activities and material protection." In addition to the rules for the recognition/confirmation of shootings, the regulation also contained the conditions for the award of state awards. This year, there were already a number of pilots in the Soviet fighter aircraft, who had ten or more group shootings, but only two or three personal/single/shot down enemy aircraft. As a result, they did not meet the conditions for the award of awards in the sense of emotion. Regulation. In several higher places (army or corps commanders) a quick and effective solution was found - in some air regiments, a recalculation of part of the group shootings into personal ones was performed. An example is the Commander's Combat Report 515 section. IAP Guards Major G.N. Gromov: "By order of the commander of the 7th Air Force, Major General Sokolov, the planes shot down by Major G.N. Gromov in the group will be recalculated aliquots to personal ". Out of 6 personal and 17 group shootings, a total of 12 personally shot down aircraft were produced after recalculation.

In many cases, they did not stay in the staffs by recalculations and proceeded even more easily. The personal shootings missing for the award were simply supplemented by group shootings achieved in previous battles.

And only one peculiarity or peculiarity. This was the recognition of the so-called probably shot down enemy aircraft ([a:aaaaaa] предположительно сбитые самолеты противника) in Northern Air Force. It is possible that this was due to the influence of two British squadrons, which for some time started to protect the northern naval routes from the same airports as their Soviet counterparts, and which had a system of probable shots in place. Of course, even here, the probable shootings were regularly changed to personal ones.

The above-mentioned Regulation of 30.09.1943 also set the exact conditions for the recognition of shooting, or the destruction of enemy technology on the ground:

The Regulation also "tightened" the conditions for awarding state awards for shootings. Until then, the conditions set out in the People's Defense Commissioner's order [url=/topic/view/15039] J.V. Stalin of June 17, 1942, according to which for 5 shot down enemy bombers, the pilot was nominated for the highest state award - Title Hero of the Soviet Union. The fighters needed to shoot down once as many to get the Golden Star Hero. Regarding the aforementioned tightening of conditions for honors, the 1943 Marshal's Order Novikova set the system as follows:

It also amended the proposal for the awarding of honors and monetary rewards for successful combat flights, for the provision of fighter cover for ground objects and the escort of fighter aircraft, as follows:

For financial evaluation of shootings, see also this article.

In the list below, in alphabetical order, only pilots with certified five and more individual victories are listed, which is internationally recognized number of shots to mark "ace".

The list is not exhaustive and is continuously updated. 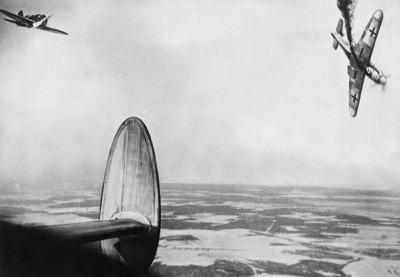