12. The Navy fighter squadron was assigned in January 1942 a new aircraft type LaGG-3, which had to be flown. The task automatically fell on the best pilot of the squadron - Lieutenant Smirnov. At first glance, it might seem that flying a new machine is a routine thing and any pilot should be able to handle it. However, this was not the case at the time. Although it was a completely new machine, literally smelling of novelty, it did not mean that it was also a flawless machine. The year was 1942, when the Soviet aviation industry was only very slowly recovering from the German strikes and the transfer of factories to new locations outside the reach of the enemy air force. In addition, light duralumin, so common in the construction of enemy aircraft, was a scarce material in the Soviet Union. The aircraft designers were therefore forced to use wood, more precisely a hot-pressed material made of wood and plywood, called delta-wood. Although this material had excellent rigidity, it was also very heavy. The heavy hull required a reasonably powerful engine, which, however, was not yet available in the first production series of LaGGs. That's why the LaGG-3, made of delta wood and equipped with a light engine to the weight of the aircraft, required a sufficiently long runway for takeoff. And the insufficiently long runway of the airport, which at that time was used by the 12th Independent Fighter Squadron, was most likely the cause of the tragic accident of the best pilot of the squadron - Lieutenant Pyotr Smirnov.

Vladimir Bogunec, who was one of the squadron's best mechanics, and all other mechanics tried to equalize, prepared the plane for the flight. The aircraft was therefore prepared for testing in the best possible technical condition. However, the runway was not in good condition (VPD). As already mentioned, the snow-rich month of January 1942 was written on the snow, and despite the efforts of the squadron staff, the snow was not cleared enough from the track. If we take into account the absence of any heavy equipment, it was almost a miracle that the soldiers could only deflect the VPD with wooden shovels so that the pilots of the squadron with their machines could take off and land on it.

On Thursday, January 8, 1942, Lieutenant Smirnov deployed a flawlessly prepared LaGG-3 aircraft, unaware that it would become a coffin for him in a moment. Eventually, Soviet pilots had long ago renamed the aircraft a "guaranteed painted coffin" (LaGG - Lakyrovannyj Garantirovannyj Grob), encountering its insufficiently "caught" design shortcomings. It is also possible that, in addition to a short VPD, the fact that the pilot did not use the maximum engine power at the start, the so-called forcing, could also have had an impact on the accident. Due to the lapse of time, we probably won't know the exact cause. All we know is that the aircraft did not detach from the VPD even at its end, and the effort of an experienced pilot to lift the aircraft with the help of elevators did not help. At the end of the runway, the wheels sank into the snow, the plane overturned on its back and the pilot died.

The funeral of the young pilot was extremely sad for the unit. Although many squadron pilots had not yet returned from combat, their bodies either lay on the bottom of the Baltic Sea or found rest at other airports. However, Petr Smirnov's death took place, so to speak, live, in front of the entire unit, and therefore affected its members all the more.

URL : https://www.valka.cz/Smirnov-Pjotr-Petrovic-t206396#585354Version : 0
Panzer MOD 4 years ago
Pyotr Petrovich Smirnov in a naval uniform with his wife Antonia Ivanovna and their son. He has a Red Flag Row pinned to his chest. 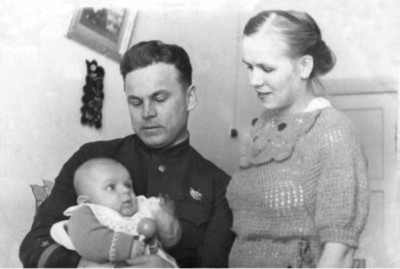 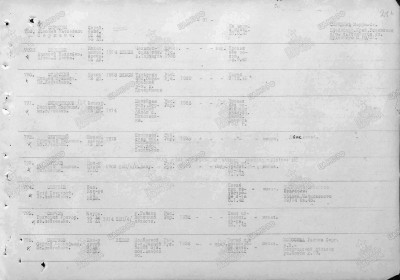