tabulka buko1
URL : https://www.armedconflicts.com/Mandela-Nelson-Rolihlahla-t21167#80505Version : 0
RoBoT MOD 16 years ago
URL : https://www.armedconflicts.com/Mandela-Nelson-Rolihlahla-t21167#502148Version : 0
buko1 MOD 7 years ago
Rolihlahla was born on July 18, 1918 in Umtata, Transkei, on the east coast of South Africa, the son of a Tembu chief. He attended an English mission school, where he adopted the name Nelson Mandela. In the late 1930s and early 1940s, as one of the few blacks at the time, he studied law at the University of Fort Hare and Witvatersrand.

Mandela was first imprisoned in 1952 and arrested again four years later and charged with high treason. The trial lasted for five years until 1961. Mandela, following the example of Fidel Castro, defended himself and obtained acquittal. After police shot dead 70 unarmed protesters in Sharpeville in 1960, Mandela concluded that the passive resistance method was ineffective and began talking about armed resistance. In his views, he began to lean towards Marxism and cooperation with the illegal Communist Party of South Africa. At that time, an independent South Africa was declared under a white minority. [i:6cc78e7524] ANC [/i:6cc78e7524] was outlawed and the country was established [b:6cc78e7524] [i:6cc78e7524] Apartheid [/i:6cc78e7524] [/b:6cc78e7524]. Mandela had to leave his wife Winnie with the children and go underground. In disguise, he traveled throughout South Africa and organized a militant wing [i:6cc78e7524] ANC [/i:6cc78e7524] - [i:6cc78e7524] Spear of the Nation [/i:6cc78e7524]. In August 1962, he was arrested and sentenced to five years in prison for organizing a strike and traveling without proper documents. After police discovered the weapons depot of his secret organization in Umkhoto, his sentence was commuted to life imprisonment.

From 1964 to 1982, Mandela was imprisoned on Robben Island near Cape Town, where he was completely isolated from the outside world for almost thirty years. His political convictions thus preserved in a strange, artificial way the thinking of the time, which he brought with him from prison when he was after the fall of [i:6cc78e7524] Apartheid [/i:6cc78e7524] by order of the president FW De Klerk released in 1990. At the time of his imprisonment, he was a great admirer of the Cuban Revolution and remained so in the early 1990s. Mandela became a living legend in prison, campaigns were organized for his release and concerts of well-known bands were held in his support. Therefore, in 1991, he was again unanimously elected chairman of the renewed [i:6cc78e7524] African National Congress [/i:6cc78e7524]. For three years, he negotiated with the government on a new constitution that would allow elections with the participation of the entire population. These finally took place in April 1994 and Mandela became their clear winner. On May 10, 1994, he was inaugurated and assumed the office of President of the Republic of South Africa [/b:6cc78e7524]. This was until June 14, 1999, when he was replaced by Thabo M. Mbeki, also from [i:6cc78e7524] ANC [/i:6cc78e7524].

In 1993, Mandela received the Nobel Peace Prize together with De Klerk . 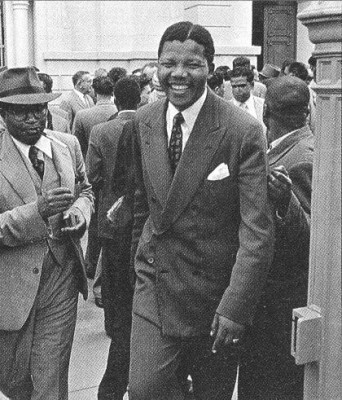 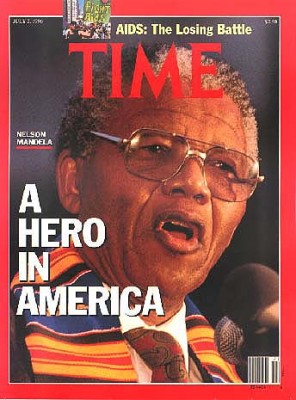