Joseph I., Emperor of Rome, King of Bohemia and Hungary, Archduke of Austria

- reigned from 1705 to 1711
URL : https://www.valka.cz/Josef-I-t21695#82807Version : 0
kapa 18 years ago
He was born on 26 July 1678 as the eldest son and successor of Emperor Leopold I. During his father's lifetime, he was crowned King of Hungary in 1687 as a nine-year-old boy, and three years later also King of Rome. Although he was not crowned, from the beginning he was also counted as King of Bohemia, and in 1705, after his father's death, he assumed the leadership of the monarchy.


After his accession, he surrounded himself with pragmatic politicians and diplomats who were to carry out extensive administrative and financial reforms of the monarchy. Joseph I was a proponent of mercantilism and began state intervention in the economy, particularly through tax breaks. His aim was to consolidate the emperor's position within the Roman Empire and to limit the power of the church, especially the Jesuit order.


From the beginning of his reign, he successfully continued the War of the Spanish Succession, relying in particular on the military skills of his generalissimo, Prince Eugene of Savoy. He averted a threatened war with the Swedish king Charles XII, who had invaded Silesia in 1706 and threatened to ally with France, with the Treaty of Altranstad on 30 August 1707. The two monarchs then agreed to exempt the Swedish states in Germany from imperial taxes and secure religious freedoms in those territories, in exchange for Charles XII's neutrality in the War of the Spanish Succession.


Simultaneously with the Swedish threat, a revolt broke out in Hungary, led by Francis Rákóczi II The rebels convened a Diet in Onod in 1707, which declared Joseph I deposed. Joseph I succeeded in suppressing the rebellion and developing peace negotiations with the Hungarian Estates. However, he did not live to see the end of these, nor the end of the War of the Spanish Succession. He died on 17 April 1711 at the age of thirty-three during the negotiations for the so-called Peace of Satumar. 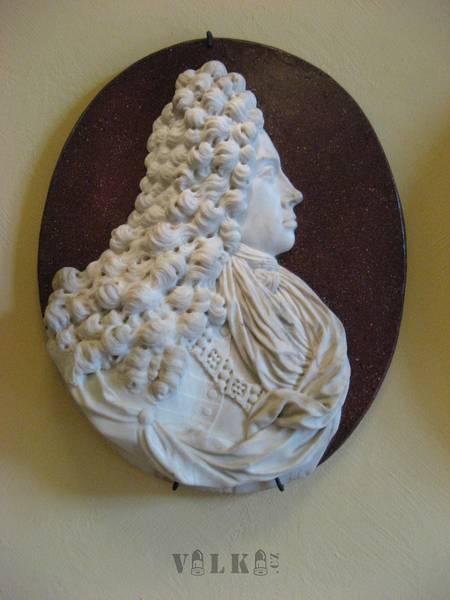 
Joseph, at the time when he took over from his father, surrounded himself with capable advisors. In military matters he turned to Eugene of Savoy. Under his advice he reformed the imperial army. Soldiers received regular žold, the supply of troops improved. The main emphasis was on rearmament and modernization of the army. These steps, after a short ča time, also brought results. In the War of the Spanish Succession, Joseph succeeded in turning the unfavourable situation in his favour.


He also succeeded in reforming the economy and the civil service. On the crown estates in Silesia, Joseph even abolished serfdom. In this reform effort he was ably assisted by Chancellor Friedrich Karl Schönborn.


The biggest internal political problem was the situation in Hungary. As early as 1703, an anti-Habsburg uprising broke out, led by Prince ]Franz II Rákoci. On 10 May 1705, Joseph addressed a memorandum to the people of Hungary, in which he requested amnesty and the fulfilment of all legitimate demands. He also pledged to ensure the autonomy of Hungary. Most of the rebels agreed to these proposals and wanted an end to military action. But the stubborn Rakoci, backed by the French king Luis XIV and the commander-in-chief of the Curoc troops Nicholas Berčéni, refused all of Joseph's offers. His primary goal was to deprive the Habsburgs of the Hungarian throne. But the disastrous defeats of the Kuruts in August 1705 at Budmerice and in November 1705 at Žibova forced Rakoczy to negotiate peace. The peace talks took place in Trnava and lasted almost a year. The negotiations ended in failure and the fighting resumed. Hungarian and Slovak historians claim that if Rakoci had reached an agreement with Joseph I, there would actually have been an Austro-Hungarian settlement. Thus 160 years earlier.
Eugen of Savoy advised Joseph not to take any major military action against the rebels. Eugene wanted to make the Hungarian population understand that the rebels were only after their own benefit. On 3 August 1708, near Trenčín, the weaker imperial army crushed Rákóczi's Kuruts, and the middle class and peasantry gradually turned away from Rákóczi. Rakoci's rebellion ended on 30 April 1711 with the signing of the "Satumar" peace. But Joseph did not succeed. He fell ill with smallpox and succumbed to the disease on 17 April 1711.


In 1699 Joseph married Amalia Vilma Welf, together they had two daughters Maria Josephina, Maria Amalia Josephina Anna and a son Leopold Joseph, but he died in infancy.