Although forgotten today, at the time of his death he was the 3rd most successful French pilot, right behind the nation's darling and comrade-in-arms Guynemer and the driver of death Nungesser.

His independent and aggressive fighting style has secured him many victories and many nicknames such as " Inimitable" (unrivaled), " Increvable" (tireless), but the nickname that came to him, and after which he named all his machines, was " Peré Dorme" (Dorm's dad), not only because of his older appearance, although he was easily over 20, but also that he took great care of his pilots.

The pursuit of the enemy far beyond the front line made many of his victories incapable of confirmation, so most of his victories are unverifiable, in total all his victories would reach a number higher than 50, according to some even 70, whether the probable were completed and were not confirmed only because of a lack of testimony, we will never know.

René Gaston Marie Dorme was born on January 30, 1894 in the town of Eix Abaucourt into a middle-class family of a stationmaster. His parents were in their forties when little René was born and was a child of a miracle, as he was born long after his two older sisters and a brother who died as a child a year and a half before he was born. Throughout his life, Pampered will maintain a constant affection for his parents, whom he affectionately calls "my grandparents" in his letters.

The family settled in Briey a few years later, where his father was transferred to a new station just a few kilometers from the border with the annexed Germans Lorraine. He grew up in a Catholic and patriotic environment and planned law studies, but had to complete compulsory military attendance, which he began at the age of 20. He decided to enroll for 3 years in 1912 and was placed in Bizerte in Tunisia to the 7th Infantry Artillery Group, where his higher education allowed him to move to the head and be promoted to maréchal des logis. The outbreak of war caught up with him.

As a non-commissioned officer, his job is to sort the mobilized soldiers who flock to the camp, a job he describes as a "moth guard" he doesn't like. He wrote about it to his parents, and the answer did not take long: the city of Briey was occupied by German troops and his parents were in the hands of the enemy. He therefore returned to France and volunteered for the Air Force, which was accepted in December 1914. He arrived in Lyon, where, however, he was commissioned to instruct the young conscripts. He finally got to the aviation center Saint Cyr in January 1915 near his sister's house, where he finally went to the aviation school in Bucu the following month. and Caudrons G.3. After being assigned to school at Pau, he returned to Saint Cyr, where he befriended another future ace, for example, Joseph Guiguet. Here he met again with his parents in his sister's house, his parents were returned by the Germans to France, but they were deprived of all property.

This made the war even more personal for Dorme and he was very vindictive to the Germans. On June 5, 1915, he received his military pilot's badge with the number 1046 and was assigned to the non-front Escadrille C 94, which was located in the camp in Paris. He complained about this classification because it was far from danger, but on the other hand it allowed him to improve his piloting.

Moved to Le Bourget and promoted to adjutant, he decided to cross swords with the enemy by organizing a raid on the front on his own initiative on July 21, 1915 with his training friend Guiguet. On April 3, 1916, during a flight over the front with Caudron G.4, he saw the enemy his observer had fired at.This victory is not confirmed, but is cited and reassigned to the fighters.

He first served in Escadrille N 95 and on June 27, 1916 he was reassigned to the famous "Stork Squadron", Escadrille N 3.
René Dorme immediately proved to be a first-class fighter, achieving with his Nieuport 16 No. 939 the first confirmed victory on July 9, 1916, 12 days after his arrival.

In the next 6 days, he achieved 3 more probable victories and shortly afterwards received a newer machine, Nieuport 17 No. 1428 "Peré Dorme II". With that, he won many more battles over the Somme ( quoted in the press, issued August 24, 1916 for his 5th victory), by the end of August with this machine achieved 6 confirmed and 3 probable victories.

Many of his victories were not confirmed because he did not hesitate to pursue the enemy far beyond the front line, out of sight of his own troops, which was key to confirming the victory, as the victory had to be confirmed by independent eyewitnesses.

But he didn't care about the confirmation. The only thing he was interested in was killing the Germans, although we can only speculate whether he wanted to beat the then ace es Georges Guynemer, who flew in the same unit and also complained that was awarded the Knight of the Order of the Legion of Honor quite late ( October 18, 1916, after his 14th victory).

Hailing from the civil servant's family, he had no fun with his unit's aces ( Guynemer, Heurtaux, Deullinem and De la Tourem), who formed the club "Black Bands". Dorme was not accepted into this club, despite his score, he was also the last pilot of the unit to receive SPAD S.VII, which he received Escadrille N 3 from September 1916, at that time moved to another Nieuport 17 with No. 1720 "Peré Dorme 3", on which he painted a green cross of Lorraine. With him, he scored another 8 confirmed and 10 probable victories, in the meantime, on October 20 and 21, he achieved 1 confirmed and 1 probable victory with another Nieuport 17 No. 1538.

Dorme was sent on forced leave in December 1916 after a hand injury. To his great delight, exactly one week before his 23rd birthday, on January 23, 1917, he was promoted to the rank of lieutenant and in February he continued to fight at SPAD.

Escadrille has moved to Bonnemaison, for a predicted attack on the Chemin des Dames.
On March 25, 1917, Dorme extended his score by the 17th victory, which became a two-seater machine, which crashed behind the French lines and the wounded crew fell into captivity. Dorme was so ruthless to the enemy pilot that he wrote this about his visit to the hospital:
" My prisoner asked me to throw a piece of paper over his house, which was to say that he was only wounded (...) and that his parents might be acquainted. French fathers and mothers suffer because of such as is him. So I kept this message as a souvenir. "

In May, he received one of the first SPADs S.VII equipped with a more powerful engine Hispano-Suiza 8Ab with 180 horsepower, with which on May 25, 1917, on the then 3rd mission of the day, he was lost in the late afternoon, under then unknown circumstances. Heinrich Claudius Kroll[/url] from Jasta 9 achieved victory over him, which became an ace with this victory, which was very important on his appointment as commander Jasta 24 more than a month later.

Kroll mentioned this fight in his diary:
"We started circling each other at an altitude of 5300 m and gradually descended to 800 m, Dorme's Spad suddenly rolled onto his nose, crashed directly into the ground and exploded in flames. Dorme's body was so disfigured that it could be identified only by watch. "

During 623 flight hours and 120 battles, René Dorme achieved 23 confirmed victories and 32-37 probable ones, which were recorded in the squadron's diary.

For his service he was awarded the Military Medal (Médaille Militaire), Knight of the Order of the Legion of Honor (Chevalier de la Légion d'Honneur) and War Cross 1914-1918 (Croix de Guerre) with 17 bronze palms. In his honor was 107. air base in Villacoublay, named La base aérienne 107 Villacoublay «Sous-Lieutenant René Dorme». 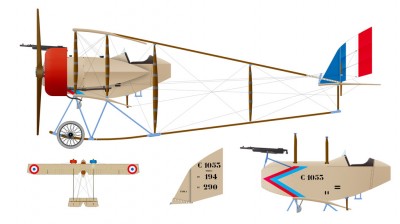 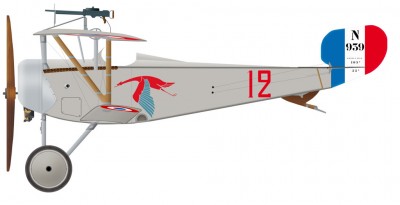 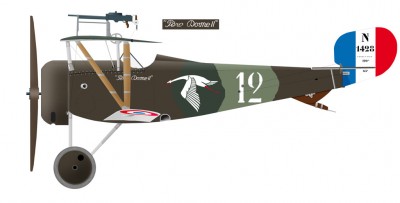 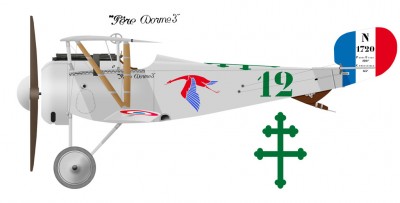 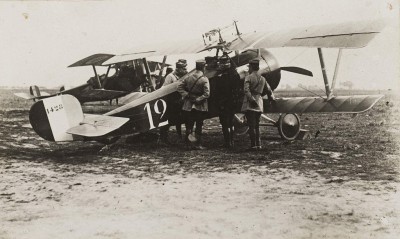 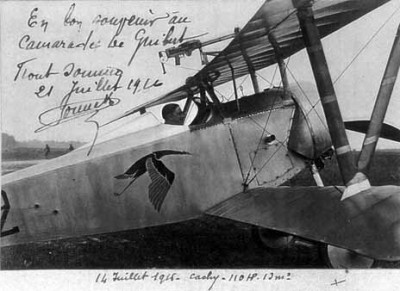 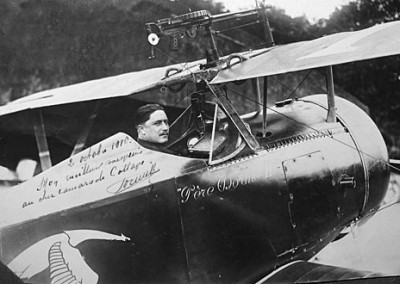 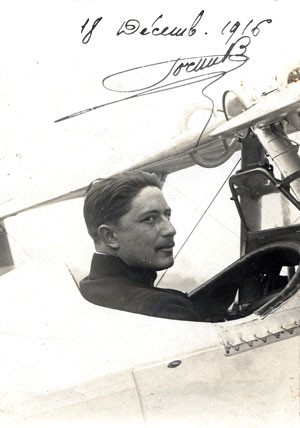 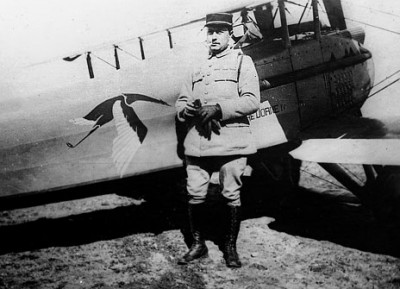 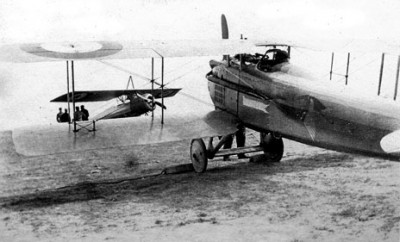 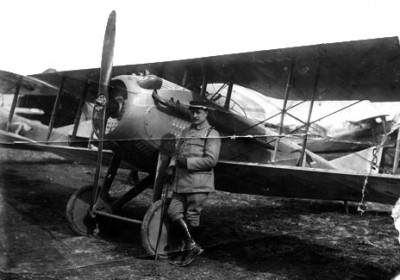 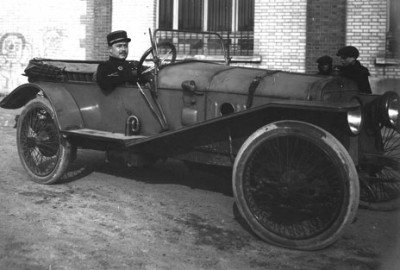 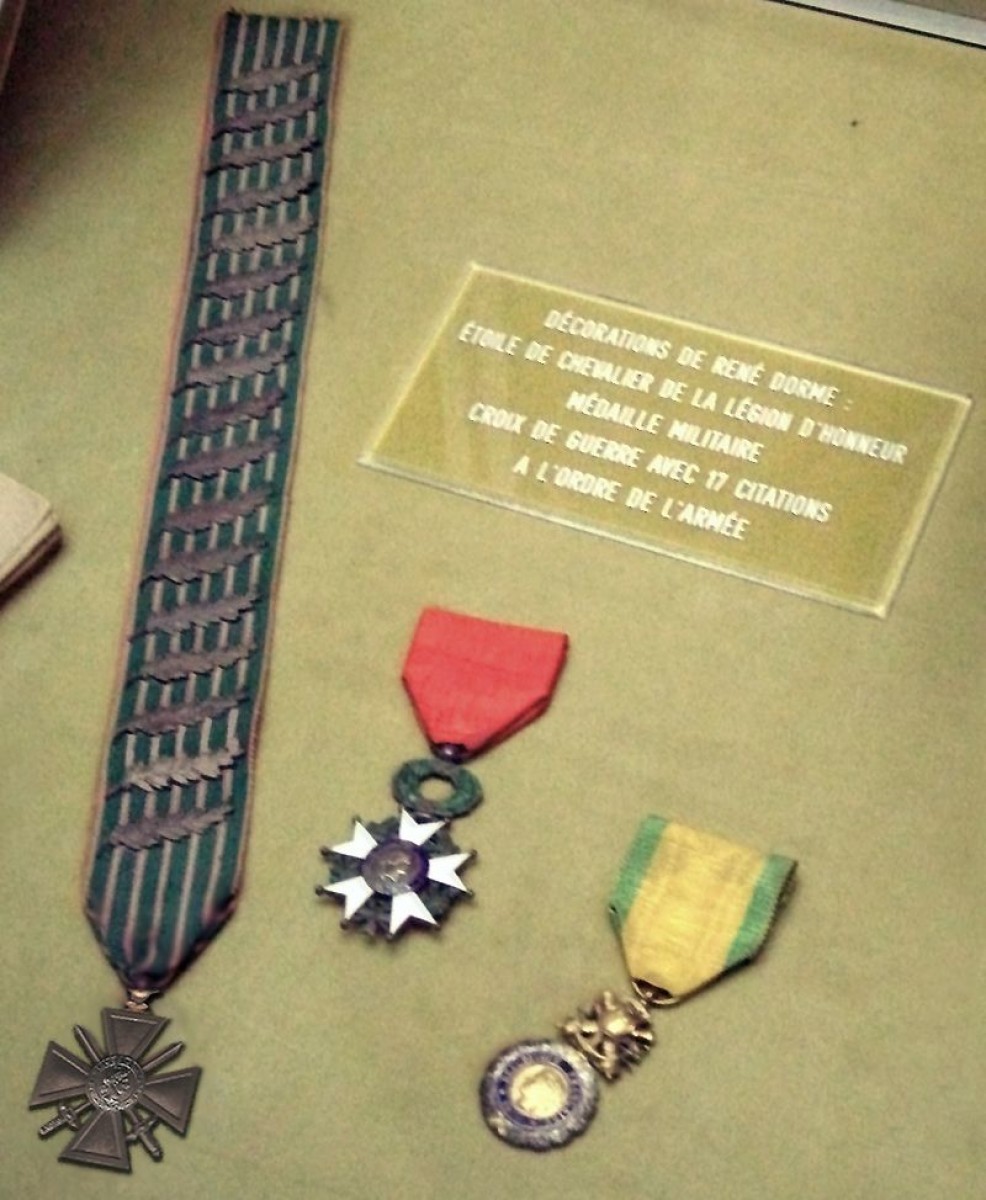