She was born in 1889 in a peasant family. In 1905, she married 23-year-old Afanasia Bochkarev. However, she soon divorced him and married Jakov Buk, an adventurer and a bandit, for the second time. When he was arrested and sentenced to exile in Yakutia, Maria went to see him. However, Jakov continued his criminal activities there, took part in a post office raid and was convicted again. On August 1, 1914, the war began and Maria decided to leave the man and join the army as a volunteer.

In November 1914, she reported to the commander of the 25th Reserve Regiment in Tomsk, where she was assigned as a nurse to the field hospital, but she insisted that she wanted to fight. The commander advised her, ironically, to turn to the Tsar-Emperor. And so Bočkareva wrote a letter to Nicholas II, which the Tsar complied with. Maria was transferred to a combat unit. The soldiers gave each other nicknames and she wished they would call her "Jaška". The fearless "Jaška" took part in bayonet attacks, carried the wounded out of the fight, and was wounded several times. For his bravery in combat, as a senior sergeant, he received his first St. George's Cross. Later, others joined them until she became his full cavalier as the first and only woman ever.

The February Revolution took away everything she believed in. Political meetings were held at the front, "fraternization" with the enemy began. Bočkareva left for St. Petersburg at the beginning of May 1917, where the Minister of Defense . F. Kerensky submitted her plan to save the Fatherland. She proposed to create special units, composed only of women volunteers. The plan was also liked by the Chief of the General Staff Brusilov, who saw in the creation of a female unit a way to strengthen the morale of the decaying Russian army. At Bočkareva's call, two thousand women, including Olga Kerenska - the wife of the Minister of the Provisional Government. Marija established strict discipline in the unit and strictly forbade political agitation. There were disputes inside the unit, and some women then formed their own unit. 300 of them remained under Bočkareva, who took an oath in front of the Izakiev Cathedral on June 21.

Already on June 23, her "death battalion", as the volunteers began to call themselves, went to the front. There, the unit underwent its combat baptism and earned admiration and praise from the general Denikin, who made the decision of the Minister Kerensky to send a unit to the front sharply criticized. Bočkareva was wounded in battle and taken to a St. Petersburg hospital. Upon her return, she was ordered by the new Chief of Staff Kornilova to oversee the formation of new women's volunteer units, but there was a Bolshevik coup.

Lenin a Trotsky realized that they might need Bočkareva and tried to convince her that as a woman of peasant origin she had a duty to fight for a new government of "workers and peasants". But she refused to take part in the fratricidal civil war and left St. Petersburg. Then the White Guards tried to win her over, and when she refused again, even a white general put her in jail. However, at the behest of General Kornilov, she was released and traveled from Russia on an agitation trip to the United States and Great Britain. Upon his return, she was finally persuaded by Admiral Kolchak to create a medical unit for him. She managed to form a unit of about 200 women, but in the meantime Omsk conquered the Bolsheviks and executed Kolchak. Bochkareva then reported herself to their headquarters and handed over the pistol. She was imprisoned, interrogated and shot as a counter-revolutionary on May 16, 1920. She was thirty-one years old. 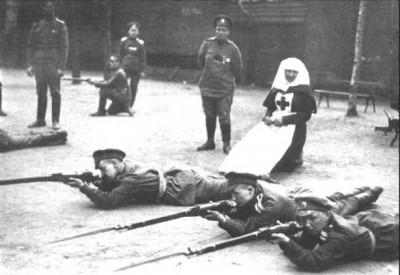 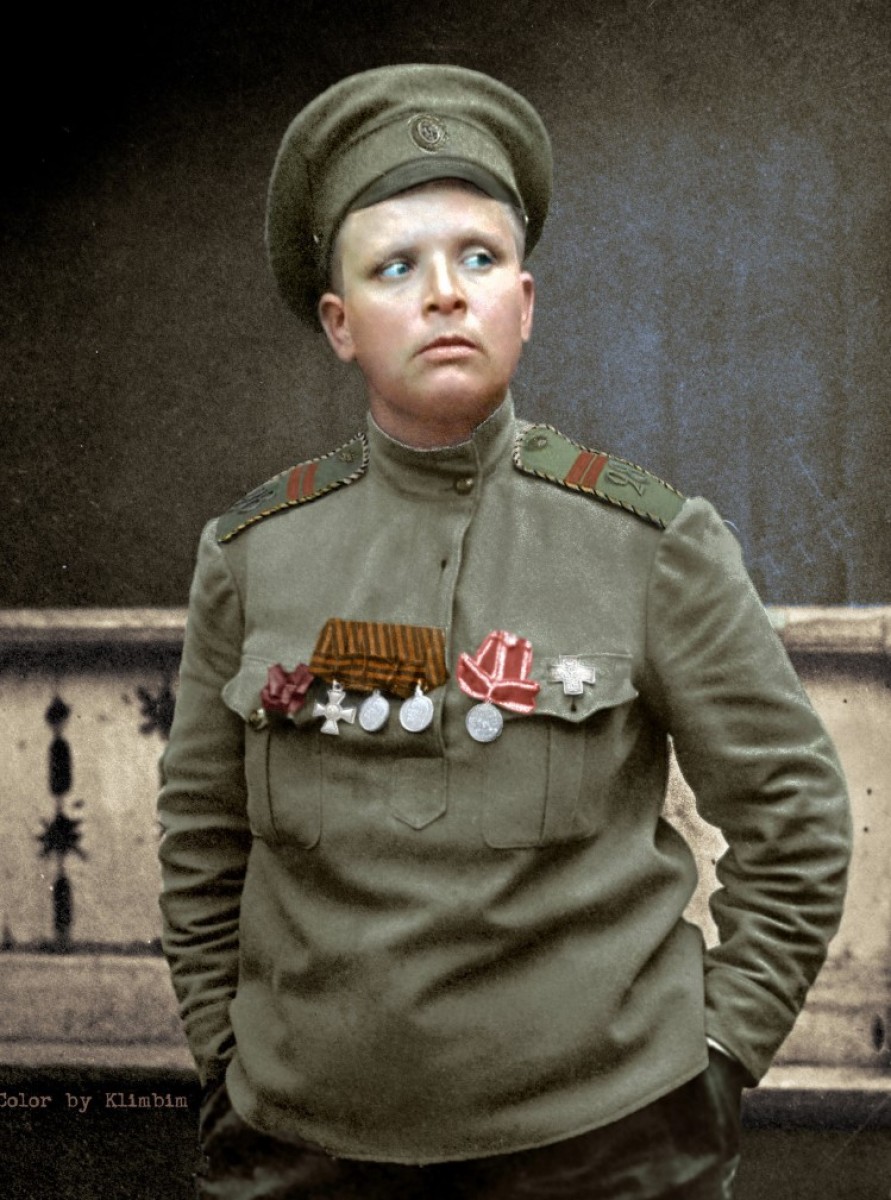 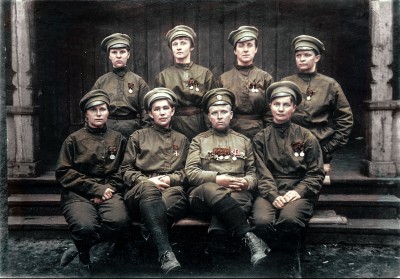