On July 20, 1941, a light (according to the then classification) small T-60 tank was accepted into the armament of the Red Army. Beginning in October of that year, it began to appear in increasing numbers in the arsenal of tank units. He played his first important role during the fighting under Moscow. Since it was clear to the design team around Nikolai Aleksandrovich Astrov that this machine was only a temporary solution, the idea of modernizing the type appeared almost immediately after its introduction in August 1941. The main goal was to increase the firepower of the tank. The choice fell on a 45mm cannon. In the beginning, the project provided for the installation of new equipment in the original tower with only minimal changes.

The design office of the GAZ plant was entrusted with the implementation of the project, as well as the designers of plant # 92, which is also based in Gorky. While the result of the efforts of the workers of plant # 92 eventually resulted in several quite interesting prototypes, the work of technicians from Gorky's GAZ ultimately led to the birth of a new type of vehicle - the T-70. The volume of necessary adjustments turned out to be so large that it was no longer a modernization, but a new type.

Work on the modifications of the tower at the design department of the GAZ plant of Molotov in Gorky (today's Nizhny Novgorod) was led by a team led by VA Dedkov. After taking into account all the factors, in their work they got to the stage when it was no longer a question of installing new armament in the original tower, but basically a tower of a new concept. The installation of a 45 mm cannon model 1938 required an increase in the diameter of the turret of the tower from the original 900 to 966 mm, bringing the set of cannon with a machine gun more forward and creating an overhang in its rear part. All in order to create enough interior space for the commander, who was also a shooter and charger in one person. In addition to all this, it was proposed to make the tower cast. The tower, which grew in both size and weight, eventually required a remake of the rest of the original T-60.

At the end of 1941, NA Astrov took over the management of work on the project of the now new tank. In the design documentation, the project of the new vehicle was marked with the code "70" and the prototype of the new machine was given the designation GAZ-70. Although the overall basic concept and the basic arrangement of the individual nodes of the vehicle remained the same, the body itself changed quite significantly. The angles of the front and rear armor plates were changed and their thickness increased, while in the front parts it reached a maximum of 45 mm. Instead of the armored superstructure of the mechanic-driver at the T-60, a manhole with a hatch appeared in the upper front armor plate, analogous to the concept used on the middle tank T-34. The increase in the weight of the entire tank required the installation of a new propulsion unit GAZ-203, which consisted of a pair of two six-cylinder gasoline GAZ-11 model 202 (GAZ-202) placed behind each other. Instead of the gearbox from the GAZ-AA truck, the T-70 used the gearbox from the ZIS-5 car. Mobile equipment - torsion bars, mobile, drive, tension wheels, pulleys and belts, remained identical to its predecessor, the T-60 tank.

The prototype of the new tank was completed on February 14, 1942, and tests began five days later - February 19. Overall, the tests were successful and the commission concluded that the new new type in all the main parameters - firepower, maneuverability, overall ballistic resistance, visibility from the vehicle and throughput, exceeds its older brother. The decision to start series production was issued by the Gosudarstvennyj Komitet Oborony (GKO - State Defense Committee) on March 6, 1942. Although the production of the T-70 was initially planned only at the GAZ plant, only three days after the issue of the above-mentioned document the number of participating plants increased to three GAZ, plants No. 37 in Sverdlovsk (from 1 June) and No. 38 in Kirov (from 1 May) were to join. However, Race No. 37 was able to convince Molotov of its unpreparedness and demonstrated that the new tank will not have time to master the production by the given deadline. Therefore, the plant approved the postponement and the start of production was transferred to the 3rd quarter of 1942. Finally, in Sverdlovsk, a total of only 10 pieces of T-70 were produced in July 1942.

Everything was changed by GKO order No. 2120, which became plant No. 37 after the reorganization of the UZTM complex (Uralskij Zavod Tjaželovo Mašinostrojenija - Ural Heavy Engineering Plant), and began to participate in the production of medium tanks T-34. In connection with this, all preparations and equipment for the production of the T-70 were handed over to Plant No. 38. Thus, for the remaining period of its production, two plants - GAZ and No. 38 - participated in the mass production of "the seventies". As already mentioned, the T-70 tank advanced into the series with a cast turret and details of the vehicle group from the T-60. The first serial tanks were actually equipped with cast towers. In GAZ they completed about 47 such tanks, in plant No. 38 only two. Later, it switched to towers of welded construction, which became a characteristic feature of the T-70. The only disadvantage of a cast tower over a welded, it was perhaps only its higher weight - 992 kg compared to 876. The main reason for the change in its construction was a much more prosaic reason - constantly delayed deliveries from cooperating plants. In the conditions of total flooding of foundry guilds with other orders, the tower for the T-70 simply had nowhere to cast. Despite the typical difficulties with subcontracting and their quality at the time, the production of the T-70 gradually started to take full swing.

In addition to partial changes and improvements, the designers also addressed the shortcomings identified in the final test report. One of them was the increased load acting on the individual wheels, which increased from 775 (for T-60) to 920 kg (for GAZ-70). Although the test committee did not see a particular problem with the use of parts from the T-60 chassis in the initial series, the gradual introduction of a reinforced chassis group was envisaged in the production process. In accordance with Order No. 1394, this was to happen from June 1, 1942. Tests have shown that the original running gear works reliably only the first approx. 300 km. Then the wheels break down, fatigue and torsion bars settle, and the belt links break. This led to the emergence of a modernized version of the tank, known as T-70B (today, we find it under wrong designation T-70M, that appeared after the war).

The new modification featured the use of 300 mm wide belts instead of the original 260, wider wheels (130 mm) and more massive torsion bars. In principle, their construction was analogous to the work of the first production series and the T-60 tank, just more massive. In addition to the chassis, other significant changes occurred during production, such as the introduction of double air intake filters in the engine, which increased engine life from 640 to 1200 km, driver-driver's hatch with observation periscope instead of sight glass, exhaust through the roof plate instead under the air intake cover or insertion of a welded cannon mask instead of a cast one. Part of the T-70B tanks was also equipped with 9-R type radios resp. 12-RT. These machines can be identified in the photos by the antenna outlet on the tower ceiling in front of the hatch or. antenna port on the back plate of the tower.

Together, from April 1942, when production began, to November 1943, when it ended, 8,231 T-70 and T-70B tanks were produced. This puts the T-70 series in second place in the number of pieces produced, just behind the T-34. The appearance of the T-70 at the end of 1942 was contradictory. Although it was definitely a more reliable and better addition to tank units compared to the T-60, it can be said that it arrived a bit late. At the end of 1942, the Soviet light tank changed opponents again. Long-barreled variants of German tanks Pz.Kpfw III and IV appeared. In mid-1943, it was clear that the age of light tanks as a means of combat in the front line was inevitably gone. Nevertheless, the T-70s were successfully used until the end of the war, especially in the role of reconnaissance, command vehicle, staff protection or as a support device for infantry on second-line sections of the front. Despite its two-member crew and the associated overload of the tank commander by charging and operating weapons, the machine was characterized by low noise, dexterity, to its category strong armor and solid armament. T-70 tanks can be boldly ranked among the most successful designs among the WWII light tanks.
URL : https://www.armedconflicts.com/1058-70-t2240#630826Version : 10000
Dolin404 10 months ago
... 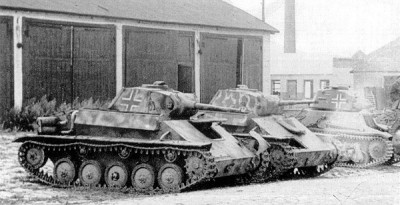 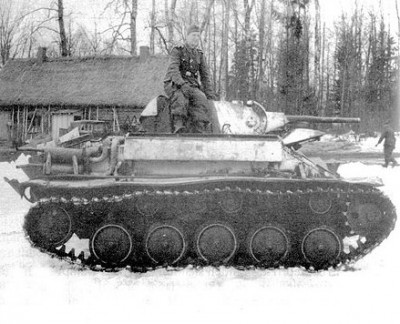 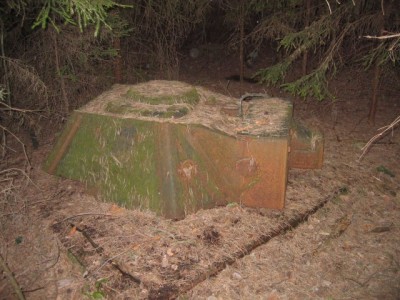 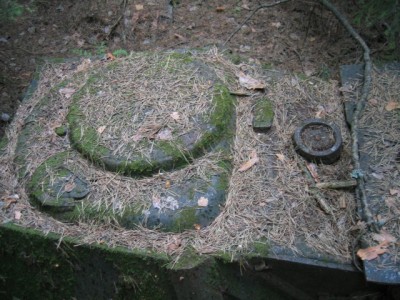 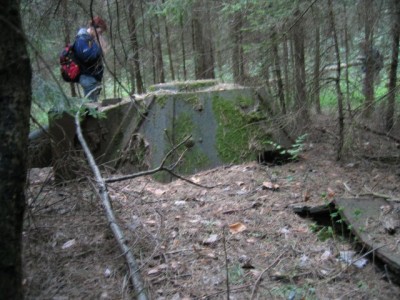 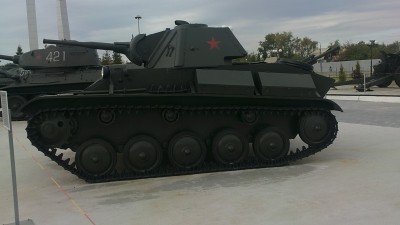 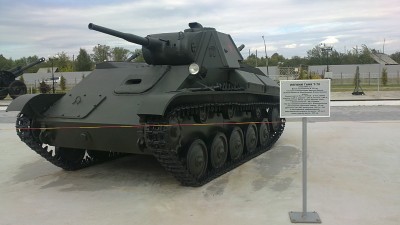 URL : https://www.armedconflicts.com/1058-70-t2240#376517Version : 0
Radim.ch 10 years ago
German prisoners escorted by Soviet soldiers, in the foreground a captured tank T-70 with German emblems and the number 8 on the tower, Kiev region, image undated. 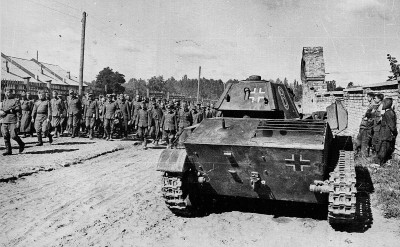