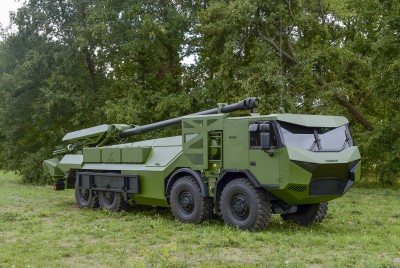 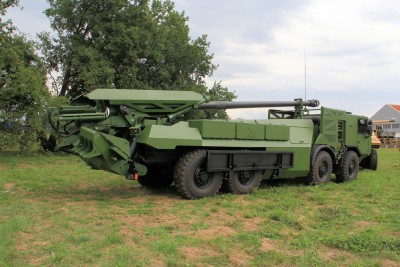 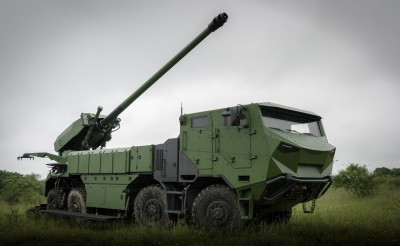 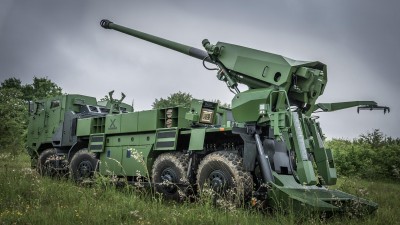 The first user of self-propelled kanónových howitzers CAESAR 8x8 became the Danish army, which is in your loadout introduced as a replacement for the aging american belt type M109A3DK, which was in the arsenal of the Danish ground troops introduced in 1965 (the beginning of the seventies received denmark 76 of these howitzers). The finals of the Danish selection process, which began in November 2015, in addition to Caesar had israeli howitzers ATMOS.

The first tender for the supply of howitzers, which would have replaced the M109A3DK, was launched in August 2012. The winner in 2014 was the israeli company Elbit Systems with the type of ATMOS. This selection procedure, however, was repealed in April 2015. The tender was renewed in November of the same year. For participation in the tender were contacted seven companies: RUAG, Huta Stalowa Wola, BAE Bofors, Nexter Systems, Hanwha Techwin Systems, Elbit Systems and BAE Systems Land & Armaments. In the first round fell out of the company RUAG & BAE Bofors, right after of your accord withdrew and the company BAE Systems Land & Armaments. Subsequently, it was decommissioned, the Polish company Huta Stalowa Wola (howitzer Crab) because "commercial and operating criteria,". To the next stage so postupily company Elbit Systems (howitzers, ATMOS on the chassis MAN HX81), Nexter Systems (howitzer CAESAR 8x8 on the chassis Tatra 815-7) and Hanwha Techwin Systems (howitzer K9). The latter however, the manufacturer ultimately did not submit his offer, and so he, in the tender finished. Verification tests then passed the weapon systems of companies Elbit Systems and Nexter Systems, which fully meet the technical-tactical demands of the Royal Danish army. As the winner was eventually chosen by the French arms factory, whose CAESAR 8x8 proved to be the better from the point of view of technical parameters, prices and life cycle costs.

The decision on the purchase of new howitzers, the Danish ministry of defense announced 14. march 2017. The contract for the purchase of 15 pieces of CAESAR 8x8 with options on a further six was signed 22. may 2017, the price of the contract amounted to approximately 300 million Danish kroner (equivalent to according to the then rate 1 067 400 000 Czk). Thanks to this, at the same time it was the first project in which the chassis of the Tatra has established himself as a weapons platform for the western member of NATO. Part of the contract were in addition to the delivery of the howitzers and delivery of the initial set of spare parts, training of personnel and ensure corrections for 10 years. Option on additional pieces have been used only partly, when he was 11. October 2019 signed contract for delivery of four units. Corporate tests carried out by the firm Nexter at the beginning of the year 2019. In the autumn of 2019, the Danes have carried out shooting tests on the polygon Karlskoga firm Saab Bofors in Sweden. Part of the test tests the resistance of a cab against explosions of mines and booby explosive devices in Germany.

Howitzer CAESAR 8x8 were introduced into the armament of the Danish artillery regiment (Danske Artilleriregiment) located in the crew Oksbøl, where gradually replace the nominally 32 howitzers M109A3DK. The real numerical condition of the M109A3DK operated in the new millennium was substantially lower. In 2015 the Danish army possessed a total of 18 houfnicemi of this type. Of these, only three were fully operational, the other three could be in this state brought after a few weeks of repair and maintenance. The remaining 12 served as a source of spare parts.

The first two specimens of CAESAR 8x8 have been to the barracks in Oksbølu delivered 22. January 2020, where they first engage in military tests. The last, 19. the piece has to be the Royal Danish army supplied in 2023. The Danish CAESARy are equipped with the combat vehicle information system Hærens Taktiske Kommunikationsnetværk (HTK) and fire control system THOR. On the wishes of the Danish army was a cabin fitted with a gun mount for machine gun, howitzer is further provided with a day/night camera system, whose image is projected on the monitor driver. 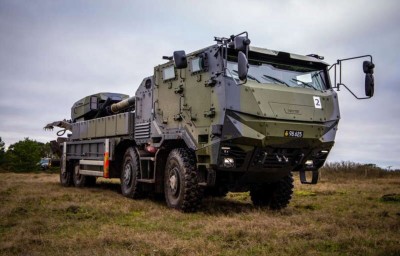 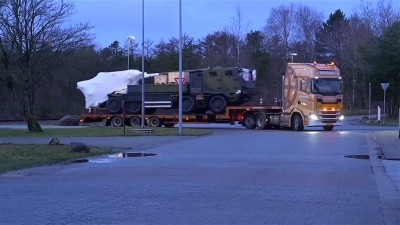 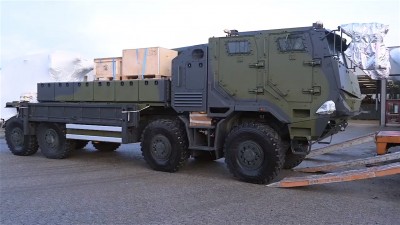 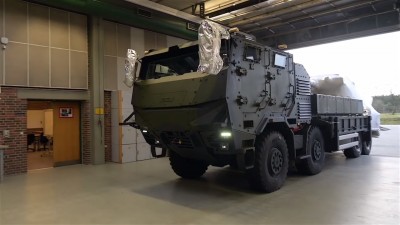 Self-propelled there howitzer CAESAR 8x8 has been selected as the replacement for the obsolete howitzers vz. 77 DANA established in the arsenal of 13. artillery regiment. This intention unanimously approved by the college, the secretary of defense 21. may 2020. Two market surveys of the years 2017 and 2019 and the feasibility study in detail to assess a total of eight modern systems of different manufacturers. It was the israeli howitzer ATMOS, the Swedish FH 77 BW L52 Archer, south africa G6 and the T5-52 Condor, Slovak Zuzana 2 and EVA 8x8, French howitzer CAESAR 8x8 and the German gun module AGM. From the comparison 80 of the required parameters, of which 11 main (price, range, rate of fire, a wide variety of ammo, full compatibility with fire control systems used in NATO, the location on the chassis Tatra 815-7), eventually came out CAESAR 8x8 as the replacement howitzers DAN. The acquisition of this system came out also as the lowest priced. The prices of other the compared of works with the same parameters were almost up to a half higher, which was the case of the Slovak howitzers Zuzana 2.

The initial solicitation of the manufacturer Nexter Systems has been done in accordance with the law on public procurement at the beginning of June 2020 with the fact that the turn of June and July will take place the so-called preliminary market consultations. After registration in the Ministry of finance assumes a resort of defense from summer to autumn the official negotiations with the manufacturer, after verification of the final prices by an expert witness can be at the end of year 2020, submitted information to the government, after which may follow the signing of the contract. Estimated value of the contract is eur 5.95 billion Rubles including VAT (approximately 105 million usd per piece). Supply of 52 howitzers are to be carried out in the years 2022 to 2026. Part of the contract will be an initial supply of ammunition, two simulators, service kit, training instructors and technical staff and also the option for another 12 howitzers for the case of operational losses.

All the guns will be on the chassis Tatra 815-7 8x8. The final assembly of weapons should be delegated to the Czech republic and involved should the state and private enterprises. 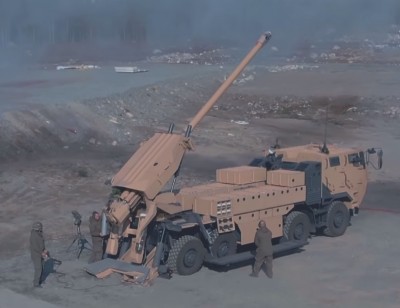 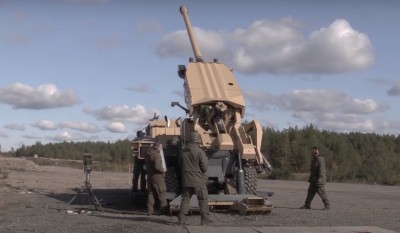 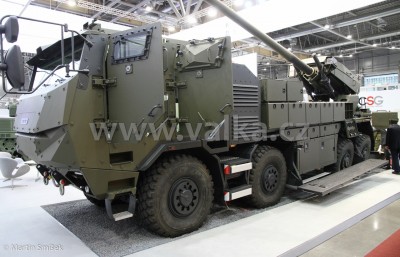 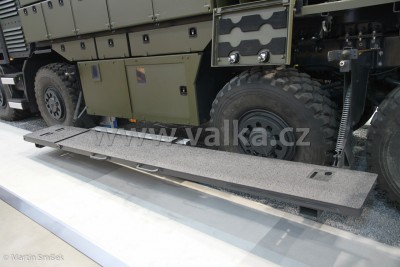 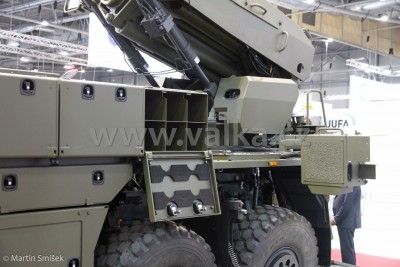 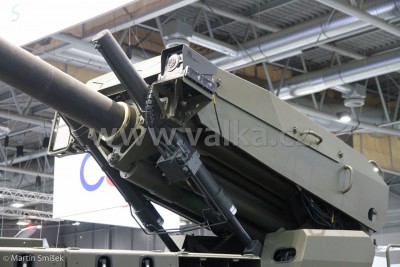 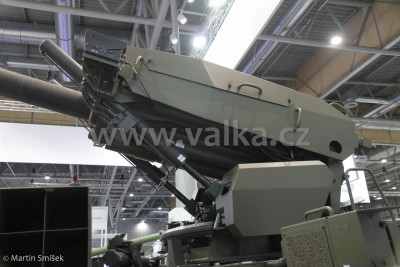 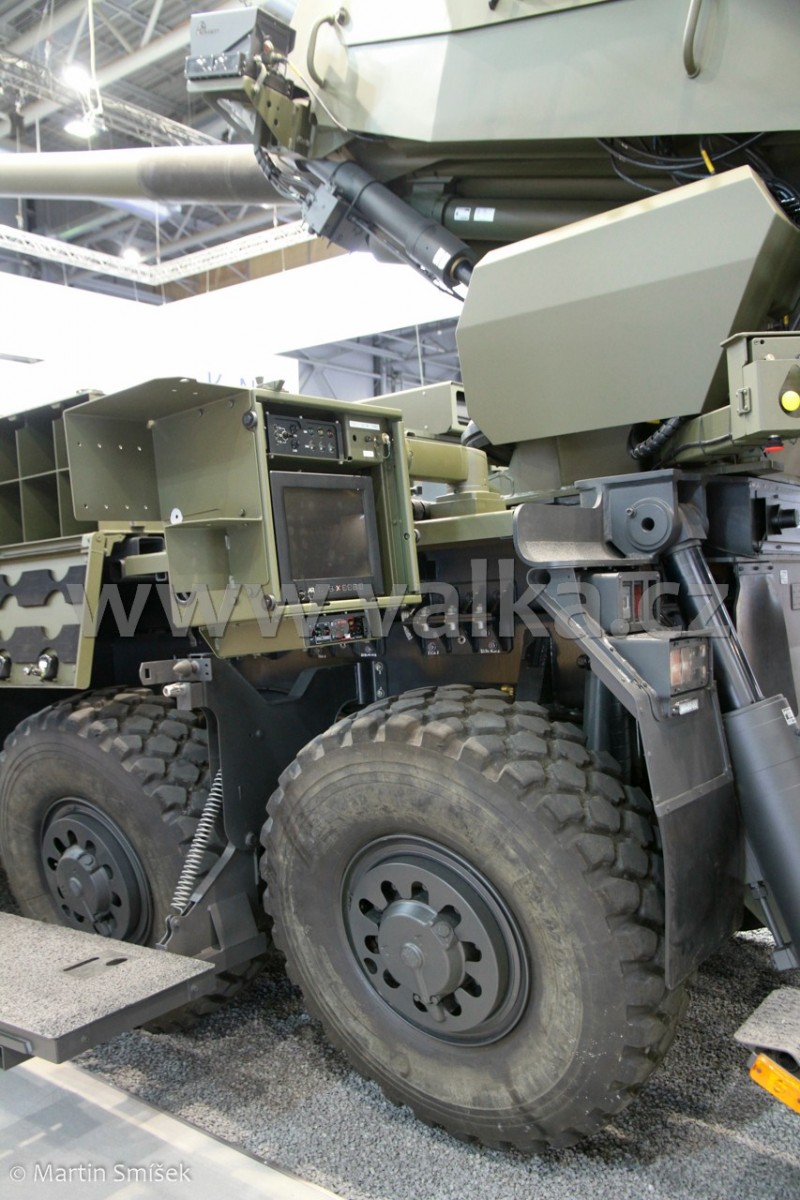 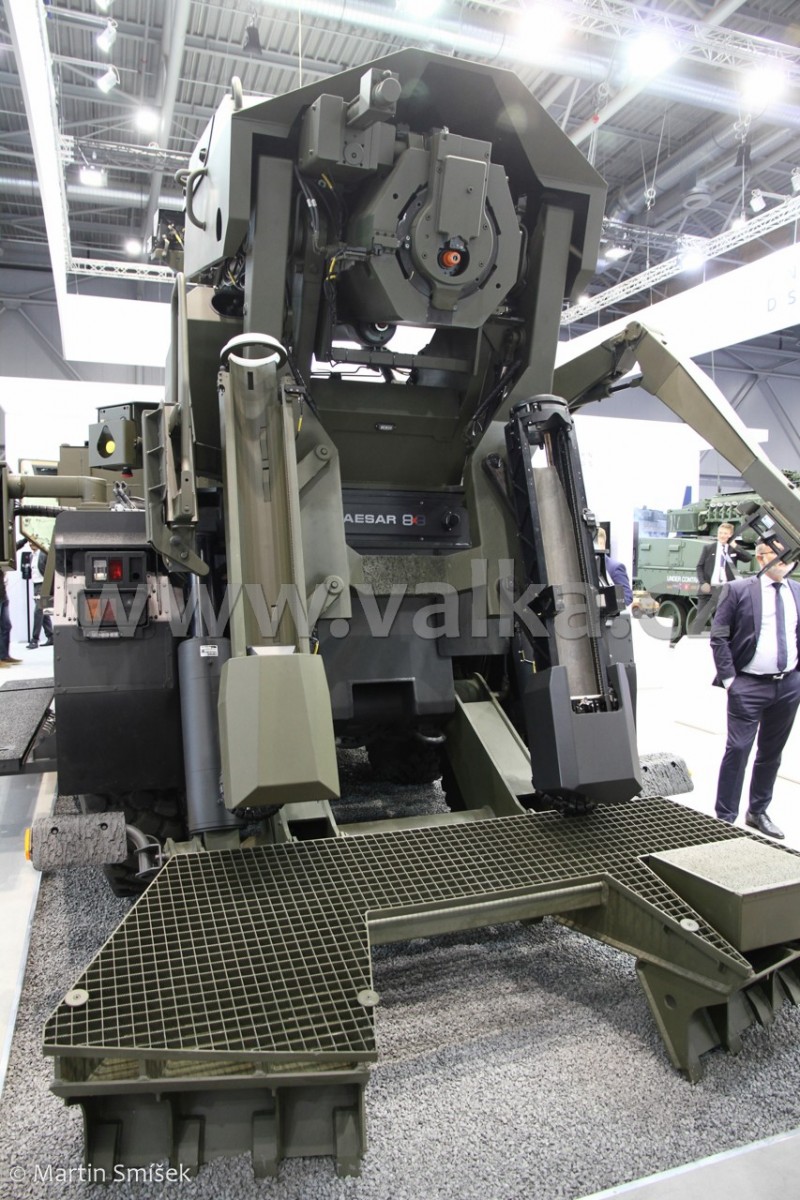 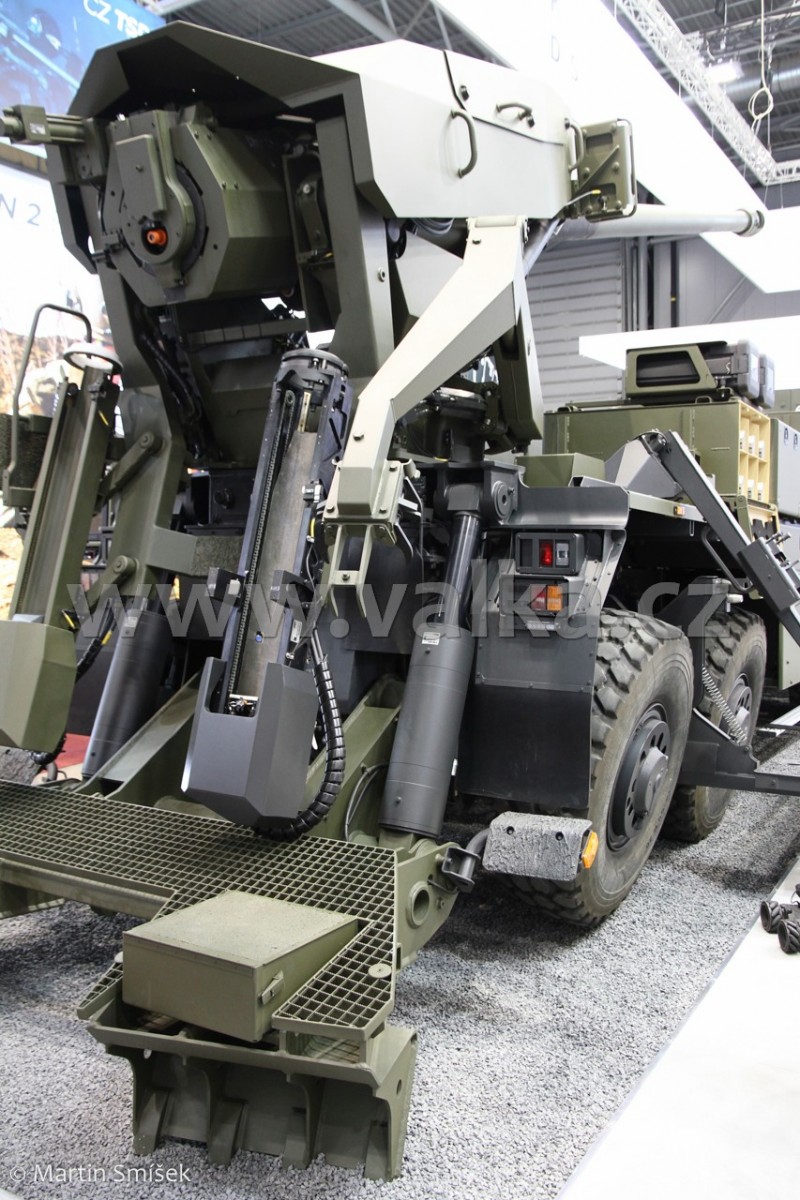 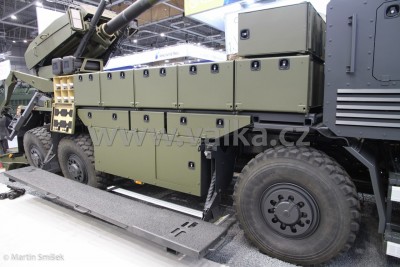 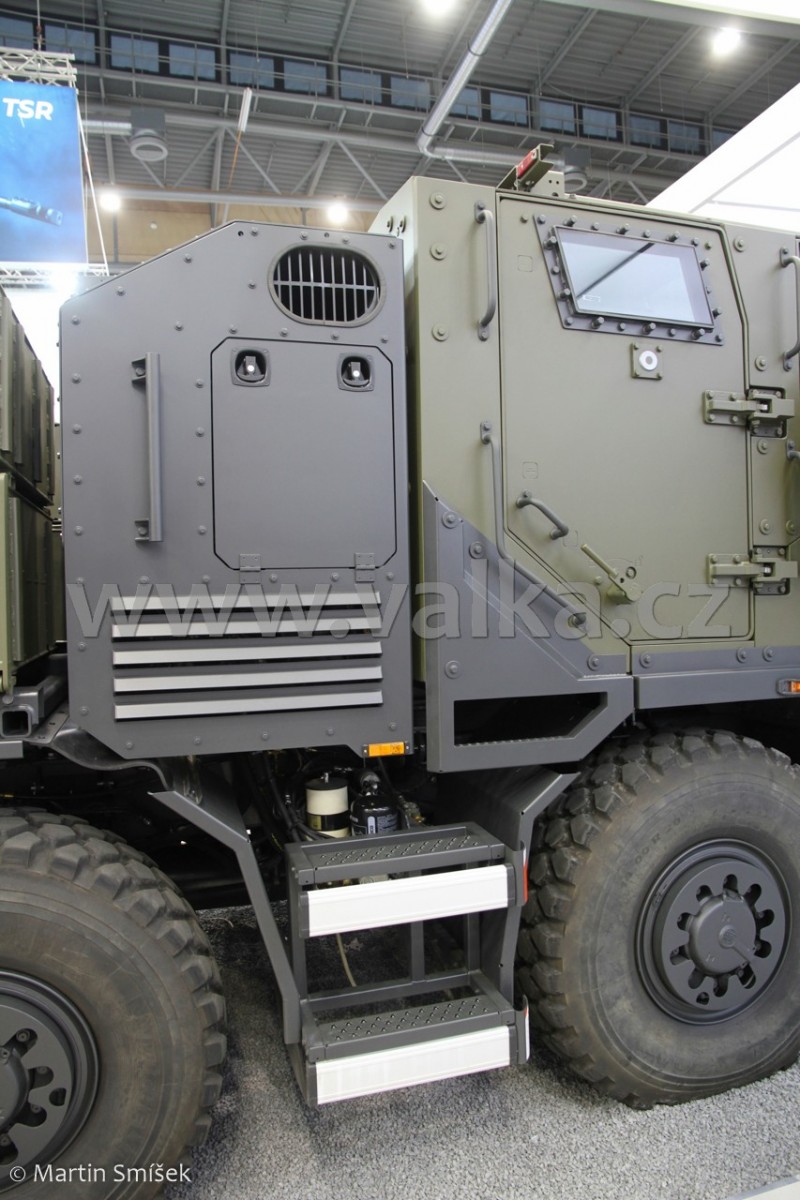 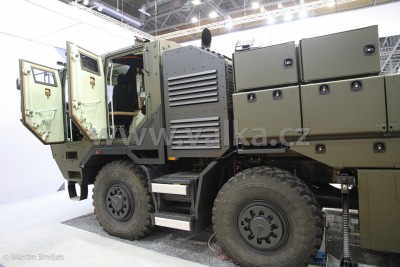 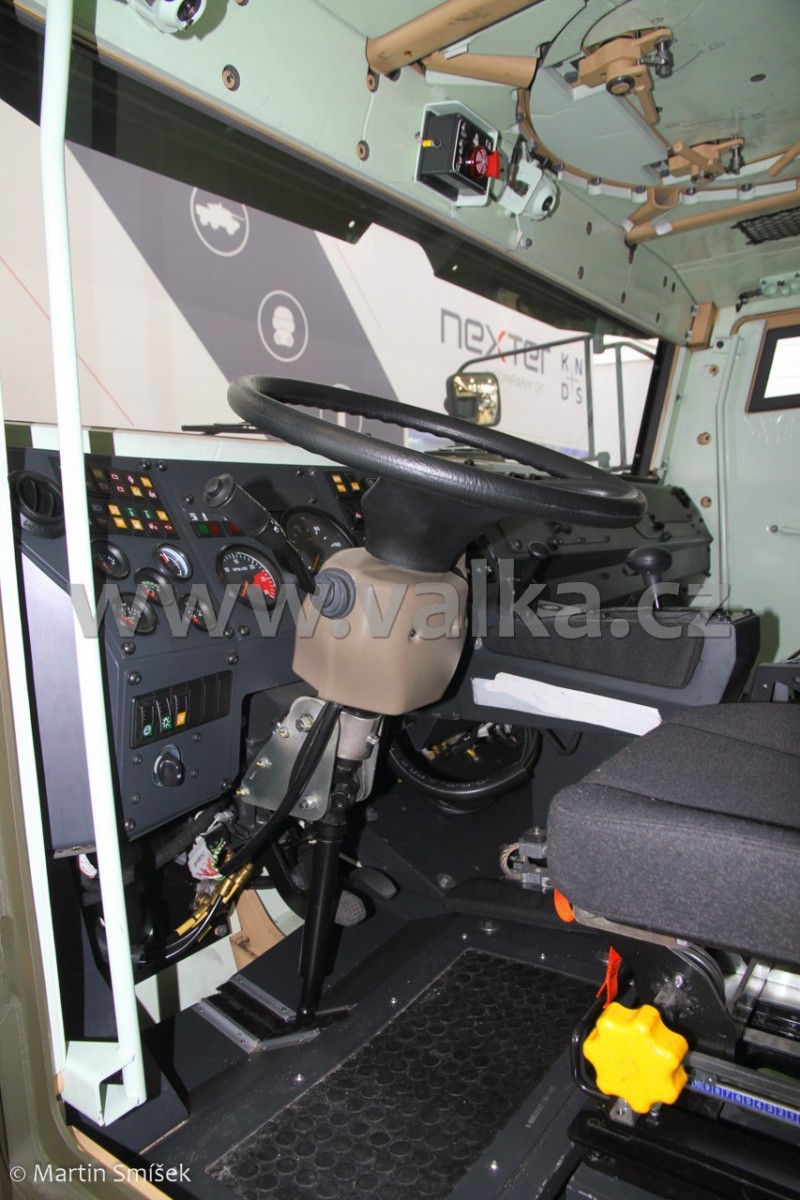 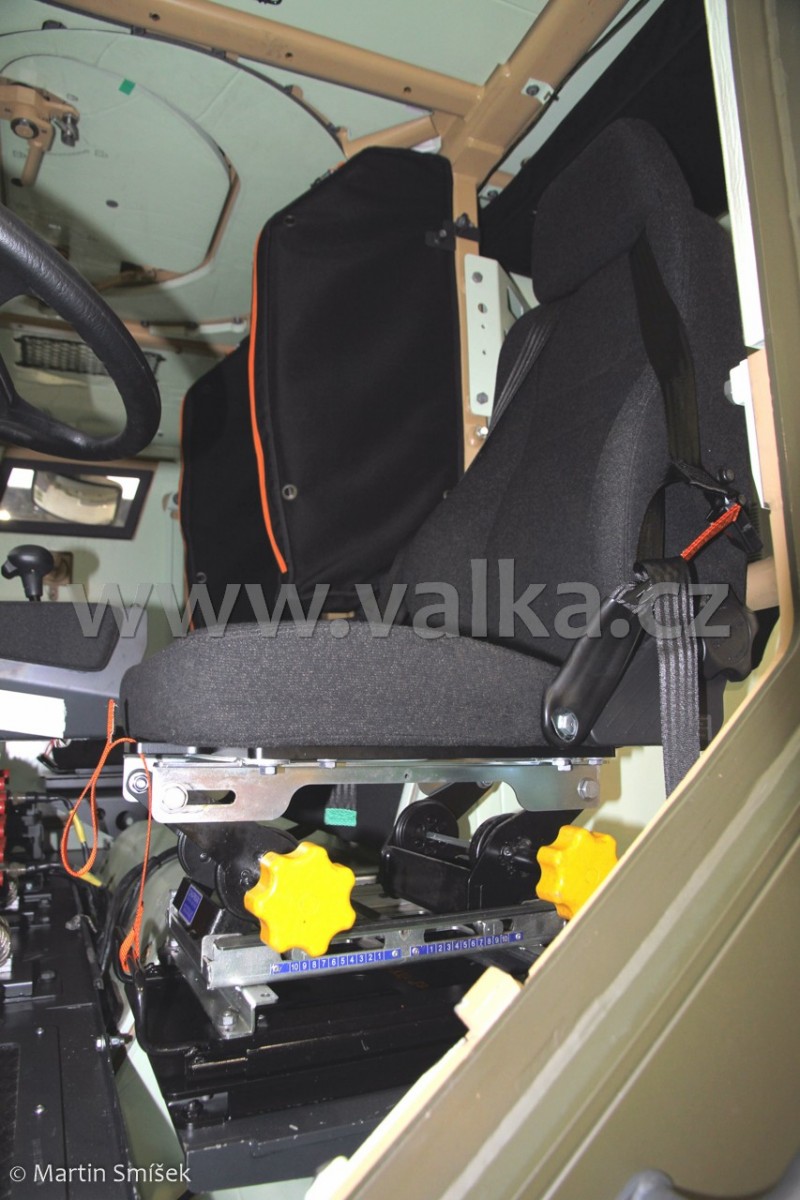 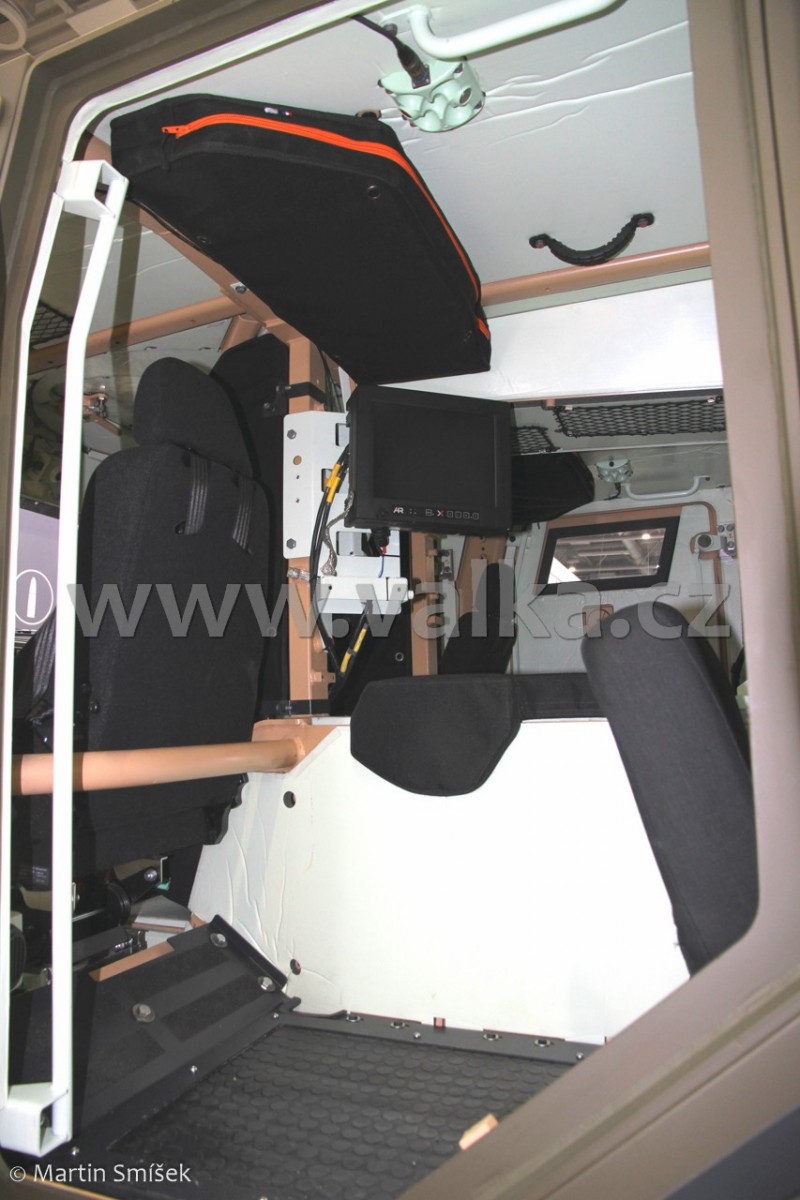