Self-propelled cannon howitzer designed to fight artillery and mortars of the enemy, to silence and destroy the command posts, fire and radio equipment and manpower of the enemy, demolition of permanent defensive structures and field defenses.

The howitzer was probably developed since 2001 with the aim of gaining commercial success in the ranks of the Indian Army. For this reason, the Indian state-owned company Bharat Earth Movers Limited, which provides licensed production of Tatra 815 cars, collaborated on the project. The basis of the new T5 weapon (later referred to as T5-45) thus became a howitzer G5 (barrel length 45 calibers) mounted on the chassis of a truck Tatra 815 made in India by BEML. This configuration was used for initial shooting tests (including follow-up tests in India in September 2002). T5-45 was presented to the public for the first time at the South African arms fair Africa Aerospace & Defense 2002, which took place in September 2002. The prototype was subsequently rebuilt using a more powerful howitzer G5-2000 (barrel length 52 calibers) and the weapon received a new designation T5-2000, later modified to T5-52.

Efforts to penetrate the Indian market failed in October 2005, when the Indian government canceled all business negotiations with Denel over allegations of corrupt practices by a South African company. The Indian government's action was a serious blow to the export potential of Denel's weapons. In addition, several countries in the Middle East have reportedly withdrawn from agreements with South Africa as a result of the scandal. However, Denel Land Systems continued to develop the howitzer and search for new customers. In November 2016, the T5-45 howitzer mounted on the chassis of a truck Tatra 815-7 was presented for the first time at the IDEAS 2016 arms trade fair in Pakistan. In September 2018, the T5-52 howitzer was used at the Africa Aerospace & Defense 2018 trade fair, again using the Tatra 815-7 chassis.

The first customer was the South African army, which ordered six howitzers (one battery) T5-52 as a replacement for the same amount of G5 that were sold to the United Arab Emirates. Howitzers should be used primarily for doctrinal trials. Based on their results, it should be decided whether the existing howitzers G6 will be upgraded to the G6-52 standard with a cannon length of barrel 52 calibers, or whether the purchase of a new T5 system- 52.
URL : https://www.valka.cz/ZAF-T5-52-155mm-samohybna-houfnice-t234303#647412Version : 0
Martin Smíšek MOD 6 months ago
Prototype T5-52 on Tatra 815 chassis assembled in India. The howitzer is deployed in a combat position. 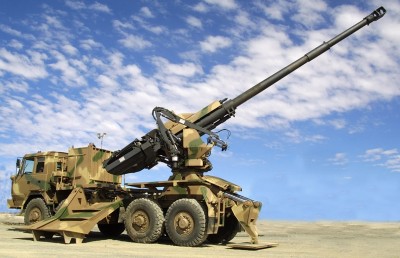 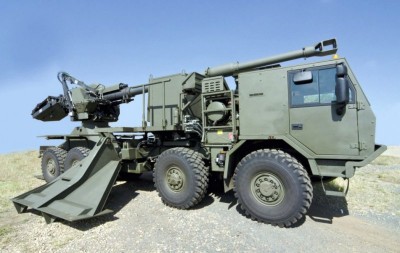 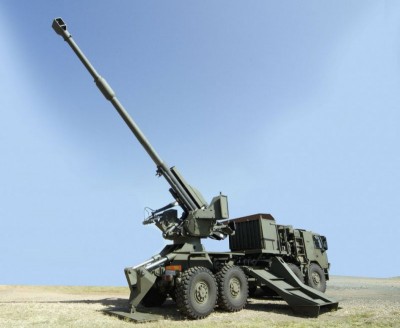 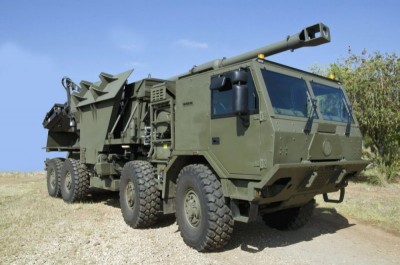 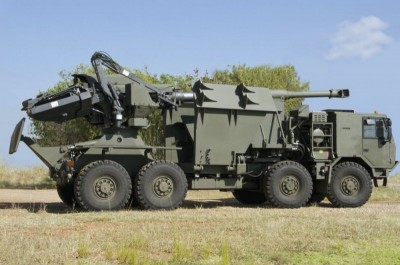 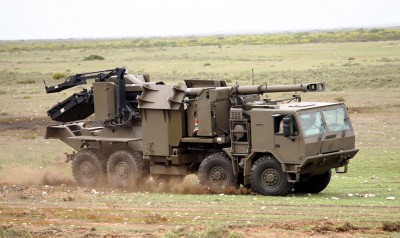