Natalia Fyodorovna Meklin was born on September 8, 1922 in the Ukrainian city of Lubny. Simultaneously with the completion of a ten-year primary school in Kiev in 1940, she also successfully completed a flight course at the Kiev Aeroclub this year. She was a skilled athlete and won several awards at national rifle and pistol competitions. Her love of flying led her to study at the Aviation Institute in Moscow, from which, however, she managed to complete only one school year until the Hitler invaded the country.

She joined the Red Army in October 1941 and initially served as chief of troops of one of the squadrons 587. bomber air regiment. Because she wanted to fly, she enrolled in a course for stormtroopers (navigators), which she successfully completed in February 1942 at the aviation school in the town of Engel. In the same month, she was assigned as a navigator to the emerging night bomber air regiment, which was later assigned the serial number 588. In this women's air regiment, which was for exemplary heroism of his member in February 1943 renamed to 46. Guards Night Bomber Air Regiment, went through various functions - pilot, senior pilot to the swarm commander.

During the war, she completed a total of 960 combat flights on light bombers of the type Polikarpov Po-2. After completing 840 years, she was nominated for the highest state award - The title of Hero of the Soviet Union, which was awarded to 23.02.1945 and had a serial number of 4855.

After the war, she continued to serve in the army for several more months, from where she was released to the reserve at her own request in October 1945. After her release, she enrolled in the Faculty of Philology at Moscow State University, from which she graduated only two years. In October 1947 he re-joined the army, where after a while he continued to study foreign languages and in 1953 he successfully graduated from the Military Institute of Foreign Languages. She uses the acquired knowledge in her work as an older clerk - translator at the 6th Administration of the Ministry of Defense of the USSR. There was a shift in her personal life in January 1956, when at the age of thirty-three she married Yuri Fyodorovich Kravcova.

From September 1957, Major Kravcova was in reserve and worked as a control editor of the Military Publishing House (1960-1961), later a translator in the Office of Foreign Military Literature of this publishing house.

She is the author of several books, and since 1972 has been a member of the Writers' Union. She herself especially loved works of classical literature such as the Saga of the Forsyt family by John Galsworthy or War and Peace by Leo Tolstoy. Among the actors, she liked Jean Gabin and Sophia Loren. 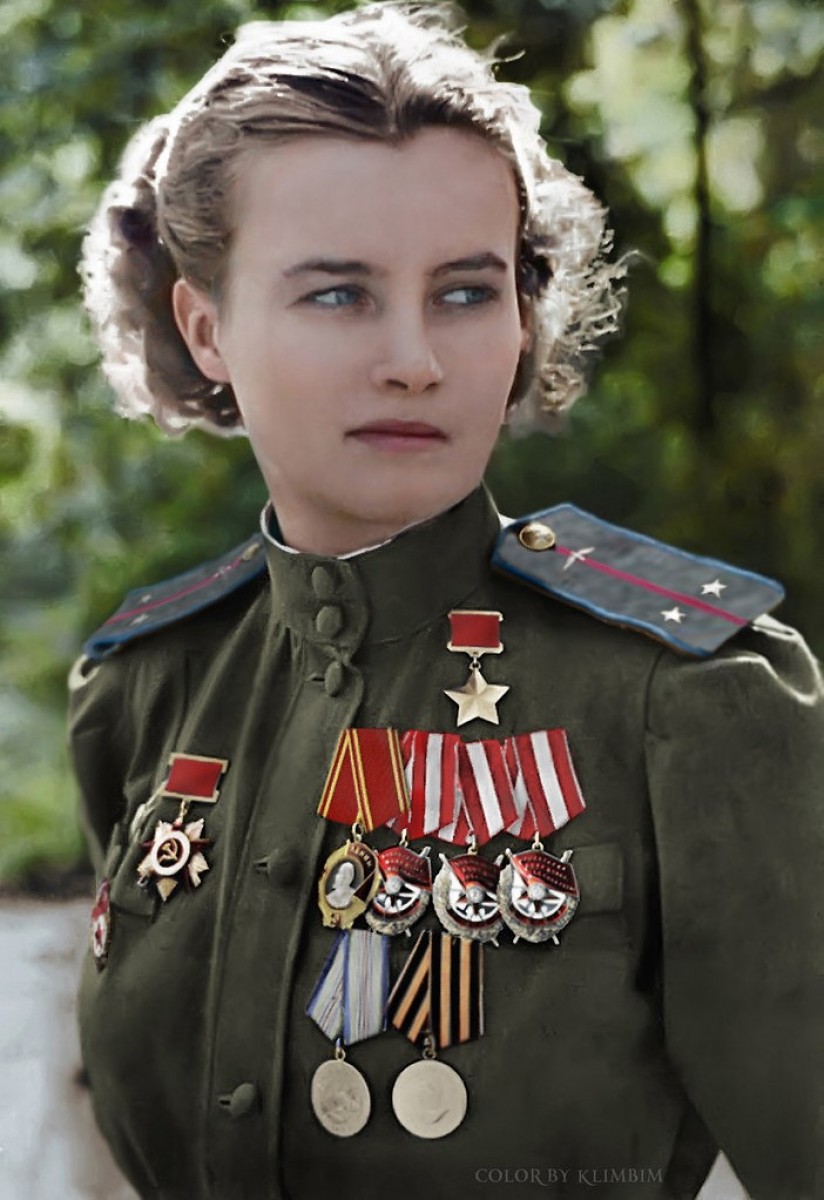 URL : https://www.valka.cz/Meklin-Kravcova-Natalja-Fjodorovna-t235435#650763Version : 0
Panzer MOD 9 months ago
Natalia Meklin on the far right, next to her stands the first female cosmonaut Valentina Tereškova . 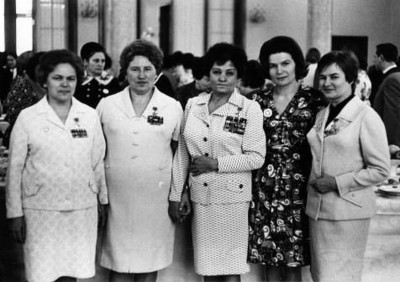 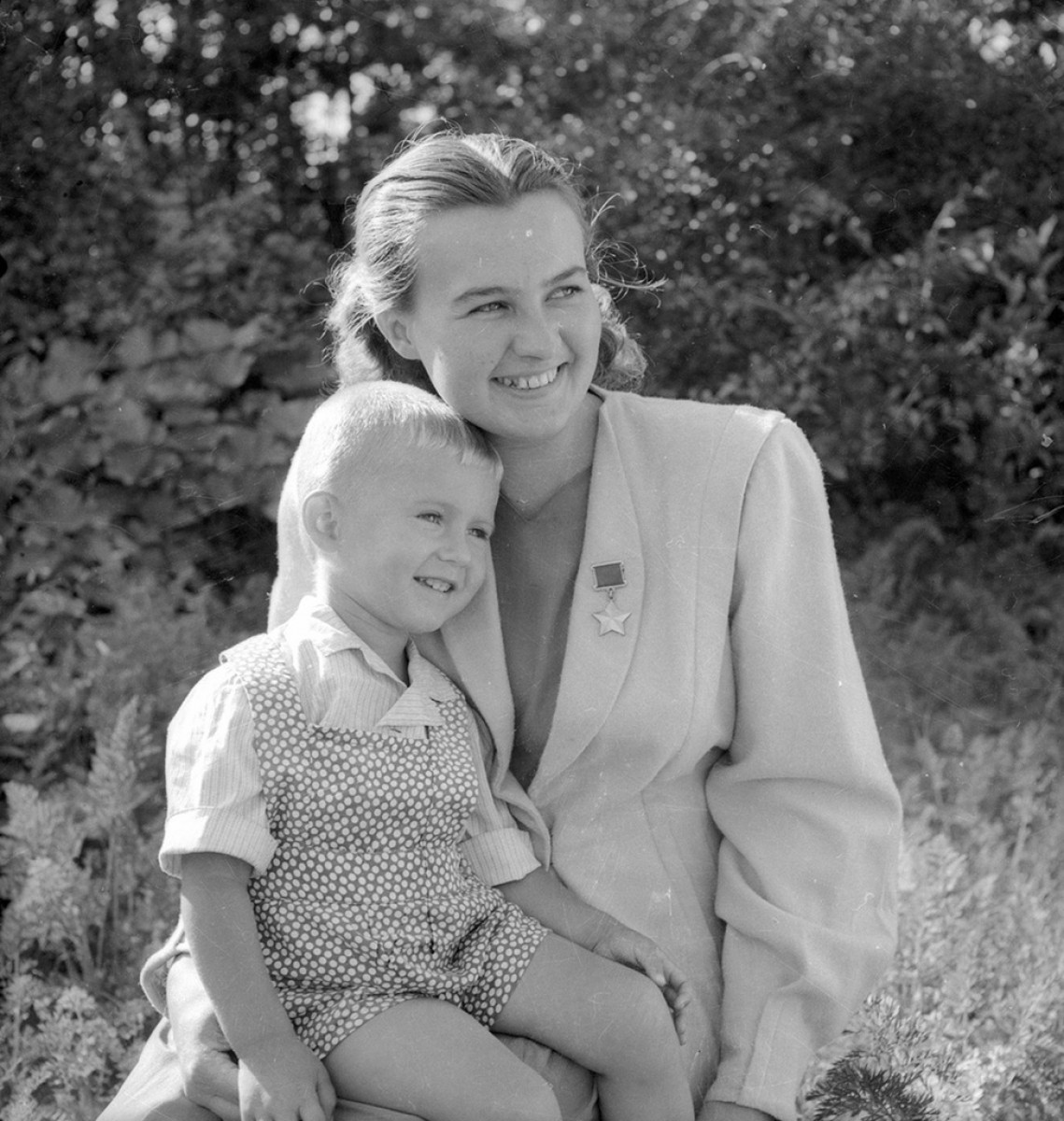