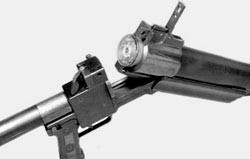 URL CZ: https://www.valka.cz/50mm-specialni-rucni-granatomet-RGS-50-t235479#650906Verze : 1
URL EN: https://www.armedconflicts.com/50-mm-special-hand-held-grenade-launcher-RGS-50-t235479#650906Version : 0
Gebirgsjäger MOD a month ago
The RGS-50 hand grenade launcher was developed in the second half of the 1980s at the instigation of the Soviet State Security Committee (KGB), which demanded a weapon for counterterrorism operations capable of firing non-lethal ammunition to suppress demonstrations and civil unrest. Serial production of the grenade launcher began in 1989 at the plant of V. A. Degtyarjov. After the collapse of the Soviet Union, the RGS-50 remained in the arsenal of special police units of Russia and other post-Soviet republics.

Grenade launcher RGS-50 is a single-shot breaking weapon with a smooth bore charged from the end. It is equipped with a hydraulic shock absorber to reduce kickback.
The sights consist of a front sight mounted in the muzzle of the barrel and a tilting sight adjustable at a distance of 50, 100 and 150 meters.
An upgraded version of the RGS-50Mhas been in production since the late 1990s - the trigger mechanism has been modified, the hydraulic recoil damper has been replaced by a spring one. For a more comfortable grip of the grenade launcher, a folding handle is installed under the main one.
The manufacturer states a maximum range of 400 m, the effective range is up to 150 m. 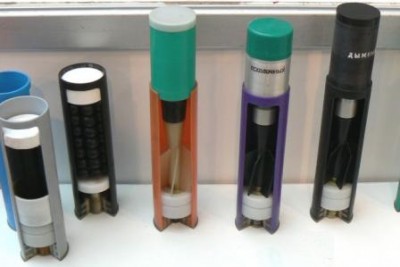 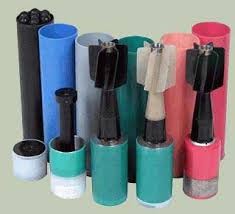 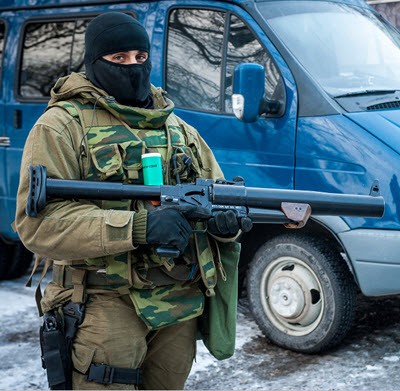 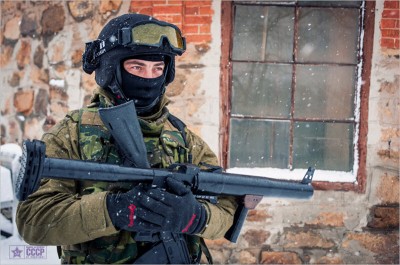