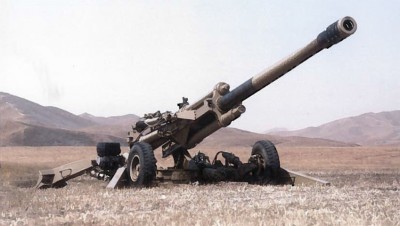 URL : https://www.valka.cz/AH-4-155mm-tazena-houfnice-t245451#678444Version : 0
Gebirgsjäger MOD 4 months ago
The artillery armament of mountain and airborne units and rapid reaction forces must, in addition to firepower, meet the requirements for easy transport - ie low weight and quick preparation for fire. In the case of large-caliber howitzers, these requirements are met by the American M777, the Russian 2A61 Pat-B and the Singaporean Pegasus, with only M777 and Pegasus being used in larger numbers. Therefore, the statement of the Chinese state armory NORINCO from 2012 on the start of the development of the ultralight howitzer attracted the attention it deserved. The first photos of the prototype were published in 2014. According to the official NORINCO report, all necessary tests took place in the summer of 2016 and lines for serial production were prepared - the weapon was offered to foreign customers and apparently not included in the armament of the Chinese People's Liberation Army.

The design of the AH-4 is based on the M777 howitzer, which the Vickers Shipbuilding and Engineering developers have managed to reduce their weight to 4.2 tons thanks to their unconventional design and the use of aluminum and titanium alloys. The AH4 is only slightly heavier at 4.5 tonnes, but according to the latest NORINCO statements, the weight has been reduced to 4 tonnes. It is very likely that the Chinese have found a way to replace expensive titanium alloys with much cheaper aluminum-steel alloys. During deployment, the M777 showed instability in firing, fatigue of the material caused by strong recoil and the resulting damage. It turned out that the M777 is too light for powerful 155mm ammunition. Most likely, the AH-4 "inherited" most of these problems.
Despite these shortcomings, however, the advantages of ultralight powerful howitzers outweigh. Unlike up to several times heavier weapons of the same caliber ( eg South African G5 weighs 13,750 kg) can also be towed by light vehicles and airlifted under medium transport helicopters such as CH-47 Chinook or Chinese Z-18

The AH-4 is operated by a seven-member crew. In case of emergency, at the cost of reducing the rate of fire, a five-member operator is enough. Preparation for shooting takes a well-trained crew about 3 minutes and leaving the firing position another 2-3 minutes. It can fire up to four times a minute, the constant rate of fire is around two shots per minute.

The AH-4 can use a wide range of ammunition, including fragmentation, smoke, incendiary, cartridge and other specialized projectiles. It is compatible with any standard 155 mm NATO missiles, which significantly expands the range of ammunition. The maximum range is 25 km with a standard projectile, 30 km with a bottom gas generator and 40 km with an additional reactive drive. The AH-4 can also use precision-guided munitions, such as laser-guided GP155 projectiles ( Chinese copy Krasnopolu), GPS-guided grenades GP155B ( Chinese copy of M982 Excalibur) or smart anti-tank missiles GP155 ( Chinese copy of Bonus).
With the GP155, the weapon is said to be able to hit a stationary or moving target from a distance of up to 25 km with a probability of up to 90%.

The first and so far only known user of the AH-4 is the army of the United Arab Emirates, which in 2019 signed a contract for the supply of 6 howitzers and appropriate ammunition to arm one battery for deployment in Yemen.
The Emirates have already deployed South African G5 in Yemen, but these are considered too difficult for such a mission. 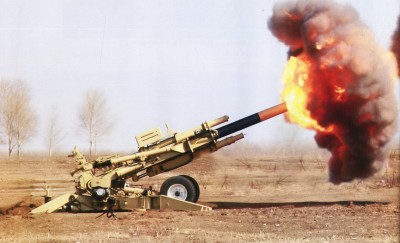 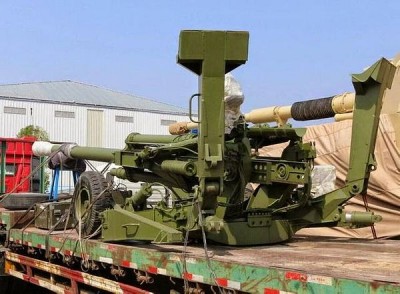