URL CZ: https://www.valka.cz/2-cm-FlaK-30-auf-Selbstfahrlafette-Sd-Kfz-10-4-t25947#457748Verze : 2
URL EN: https://www.armedconflicts.com/2-cm-FlaK-30-auf-Selbstfahrlafette-Sd-Kfz-10-4-t25947#457748Version : 0
brano MOD 8 years ago
The first mention of the need for a mobile carrier for anti-aircraft 2 cm cannon can be found in a report entitled "Offenzive Abwehr Panzerwagen" prepared by Wa A/Wa Prw 30.10.1935. It was originally considered to be mounted on a half-track tractor of the weight category 5-ton. Further development of the design went towards a smaller tractor known under the code name "Lilliput". Prototypes for concept verification and unit testing were created on the platforms of prototype D ll 3 and prototypes D 6.
With the start of series production D 7 (Sd.Kfz.10) it was decided to use this platform for large-scale production of light self-propelled anti-aircraft vehicles designed for anti-aircraft protection of army units (Heer) and Luftwaffe. The first order of 195 vehicles for the army and 175 vehicles for the Luftwaffe was to be completed quickly by 5/1939. In reality, these orders were completed in 7/1939. The future production plan included a delivery of 1000 Sd.Kfz.10/4 for the needs of the army until March 31, 1940 (the numbers also include the first delivery of 195 vehicles). Another 304 vehicles were ordered by the Luftwaffe, they were to be delivered on June 20, 1940. After the delivery of the ordered vehicles, production was to continue at the rate of 25 vehicles per month.

According to the regulation K.St.N.192 of 1.12.1939, each Flugabwehr-Kompanie (mot S) was to have 18 Sd.Kfz.10/4 vehicles in three platoon, of which 12 vehicles were to be equipped with a cannon. The remaining six vehicles were to perform the tasks of ammunition vehicles. If necessary, however, the possibility of mounting the cannon on these ammunition vehicles was of course retained.
According to the regulation K.St.N.192 of 1.2.1941, the same organizational structure applied, or the armament of Flugabwehr-Kompanie (mot S) could consist of only 12 vehicles, with the vehicles had to tow 2 cm anti-aircraft cannons in the tow Flak-Vierling 38 designed for the third platoon.
K.St.N.192 was already 2.2.1941 AHA/In 2 changed and the organizational structure of the Flugabwehr-Company (mot S) was to consist of three platoons of five vehicles Sd.Kfz.10/4 (four with a cannon plus one ammunition vehicle). So a total of 15 vehicles. If the unit is in service i 2 cm Flak-Vierling 38, the number of cannon Sd.Kfz.10/4 reduced to a total of 10 vehicles.

Flugabwehr-Kompanie (Sf.) K.St.N.192 of 1.11.1941 counted on the organizational structure of two platoons with a total of eight vehicles Sd.Kfz.10/4 armed with cannons and two as ammunition.

Modifications during production:
- 2 cm Flak Schutzschild - Some vehicles produced in 1939/40 had these shields, some did not. 7/19/1940 AHA/In 2 announced a modification of the shield, respectively. its location, which was increased by 135 mm.

- In 1940, mounts for the front fenders of the front wheels began to be mounted for six personal weapons - Mauser K98k rifles. Protective covers for these weapons began to be installed in 1942.

- In 1940, vehicle platforms were equipped with folding ramps, which were used to load and unload the cannon from the platform using the transport trailer Sd.Ah.51. The unfolded ramp was moved on beams in front of the vehicle in front of the radiator grille during the transfer. To facilitate the loading of the cannon unloading, the platform was equipped with a pair of spools with a rope, which facilitated this activity. The loading ramp and other auxiliary equipment were abolished in 1941.

- The original cannon Flak 30 was to replace the more modern Flak 38. Due to the fact that the newer cannon needed an extended loading platform to properly mount it, the standard armament became the vehicle Sd.Kfz.10/5, which had a wider platform mounted as standard. However, the first vehicles with the new Flak 38 were still Sd.Kfz.10/4 with a narrow platform. Correct version differentiation Sd.Kfz.10/4 vs. Sd.Kfz.10/5 is not by cannon type, but by platform type. On the other hand, there are photos that show platforms with a wide platform and the old Flak 30. Probably the designation Sd.Kfz.10/5 can be used for a machine that had both characteristics, ie a wide loading platform and a new cannon Flak 38.

- January 29, 1943 it was announced that armor (Behelfspanzerung) will be installed to protect the driver's and passenger's compartment and the engine cooler. The armor was to be assembled by field repair shops. Production was provided by Poldihutte (Poldi Kladno). In the period 3-9/1943 the company produced 293 armor sets for 1t Zgkw. The set consisted of an armored windshield, right and left side armor of the driver's and passenger's compartment and armor protecting the radiator. The thickness of the armor was 8 mm. 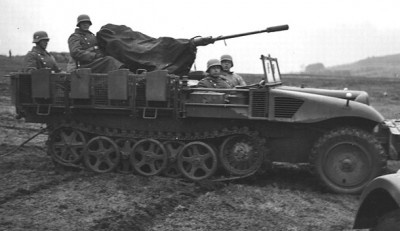 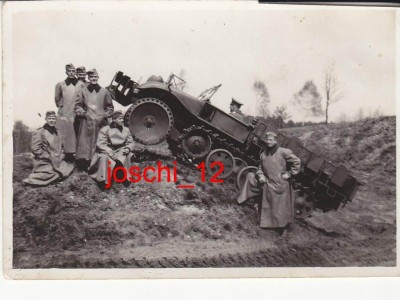 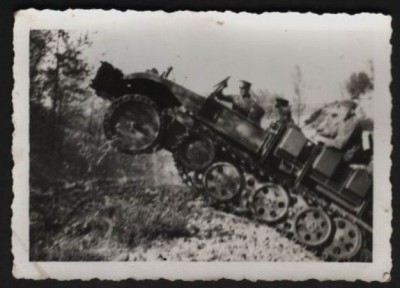 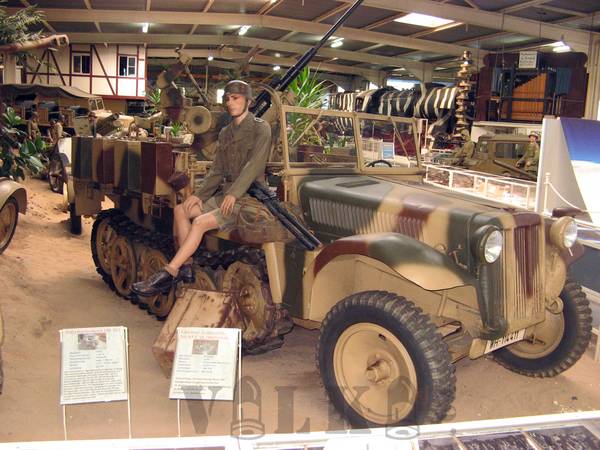 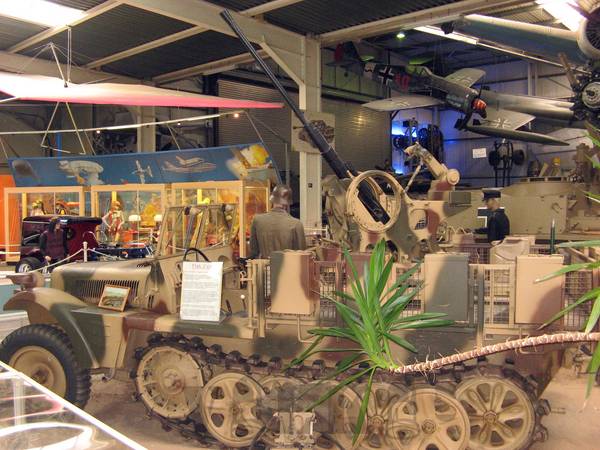 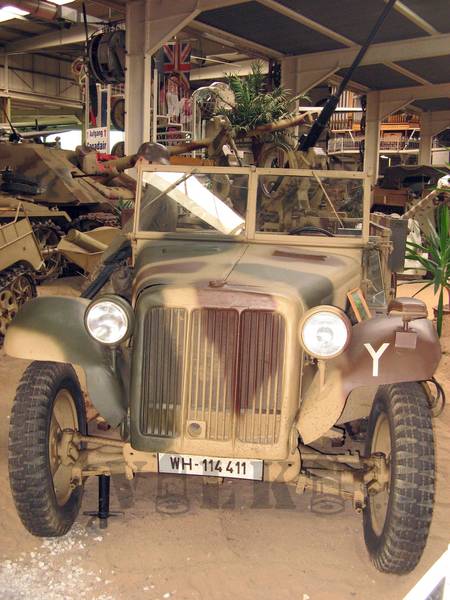 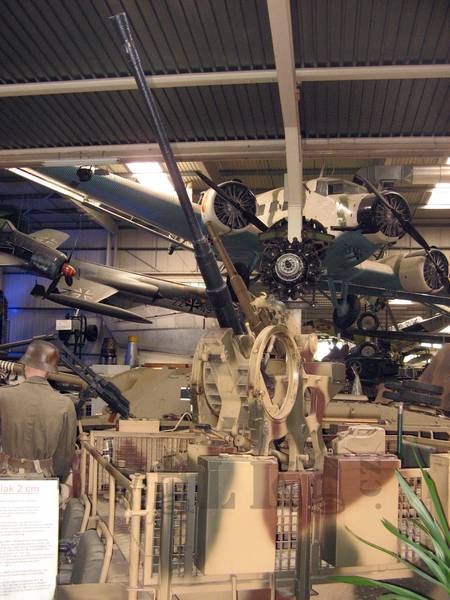