URL : https://www.valka.cz/Bergepanzer-38-t-vyprostovacie-vozidlo-t31393#428131Version : 0
brano MOD 9 years ago
After the introduction of tank destroyers Jagdpanzer 38 (t) there was a need for a light rescue vehicle, which was to be used to tow damaged or otherwise immobilized vehicles. Therefore, in the summer of 1944, the company BMM began working on such a machine, which was based on the design of Hetzer. It was assumed that for each company with 14 tank destroyers, one rescue vehicle would be assigned.

The structure was not equipped with any cannon armament except the organic armament of the two-member crew and one machine gun MG 34, which could be attached to the upper edge of the armor. The body was lowered and opened. A massive crossbeam with an eye and a pin, into which a rope or a tow bar was attached, was screwed to the rear armor. Two drawbars were carried on the right side of the vehicle. The machine was equipped with a 2-ton folding crane, whose three tubular parts together with the boom were located on the left side of the machine. The crane was used to handle heavy parts of tank destroyers, such as when replacing the engine. The machine had a strong winch from the Baumgarten company from Neurupin, driven by a gear from the drive rod, placed on the site of the cannon mount. The first version had a rope outlet through the front armor, later versions had an outlet to the rear through the engine cover, where the support pulley was located. A part of the equipment for lifting the whole machine was also a jack.

In 1/1945, a bergepanzer was tested, which had a massive support spur mounted on two pins at the rear, which was lifted upwards by means of a winch rope when moved. This model piece had the serial number "322519" and at the end of the war was found in the town of Zálužany, where the decommissioned was still in 1948.

According to the plan, 170 Bergepanzer 38 (t) were to be built by the end of 1944, and from 1/1945 70 pieces per month. In order to fill the number of rescue tanks in the units, it was decided to rebuild the first pieces from the already built tank fighters. Whether such rescue vehicles were left with the original high superstructure from the tank destroyer or were modified is unknown to me. The fact is, however, that there are photographs of the Bergepanzer 38 (t), which have a high superstructure.

From 2/1945, these vehicles were to have frontal armor only 30 mm thick (originally 60 mm). This thinner armor had a model vehicle "322519" from 1/1945. This model car had two "U" profiles welded to the extended sidewalls instead of the front towing eyes. These profiles were to be introduced in 3/1945. Due to the absolute lack of photographs of the Bergepanzer 38 (t), these modifications are captured only on a model vehicle.


In total, 181 pieces were produced. On the platform Bergepanzer 38 (t) a prototype was created reconnaissance machine with 2 cm Flak 38, anti-aircraft machine with 3 cm MK 103 and at the end of the war the idea arose to use the machine to carry an infrared reflector from Sd.Kfz.251/20 "UHU". The intended version was to be named "UHU II".

At the end of the war, two vehicles were to be created in the form of Flammpanzer 38 (t). The construction of the Bergepanzer 38 (t) was to be used.

In the company documentation BMM there is an interesting mention under this name about ten medium armored personnel carriers Mittlerer Schützen Panzerwagen-Jäger 38 (t), which, according to the author publishing this information, could have used the Bergepanzer 38 (t) platform.

There are known shots of a vehicle from the end of 1944, which had an experimentally mounted 12-cylinder diesel engine Tatra 103. 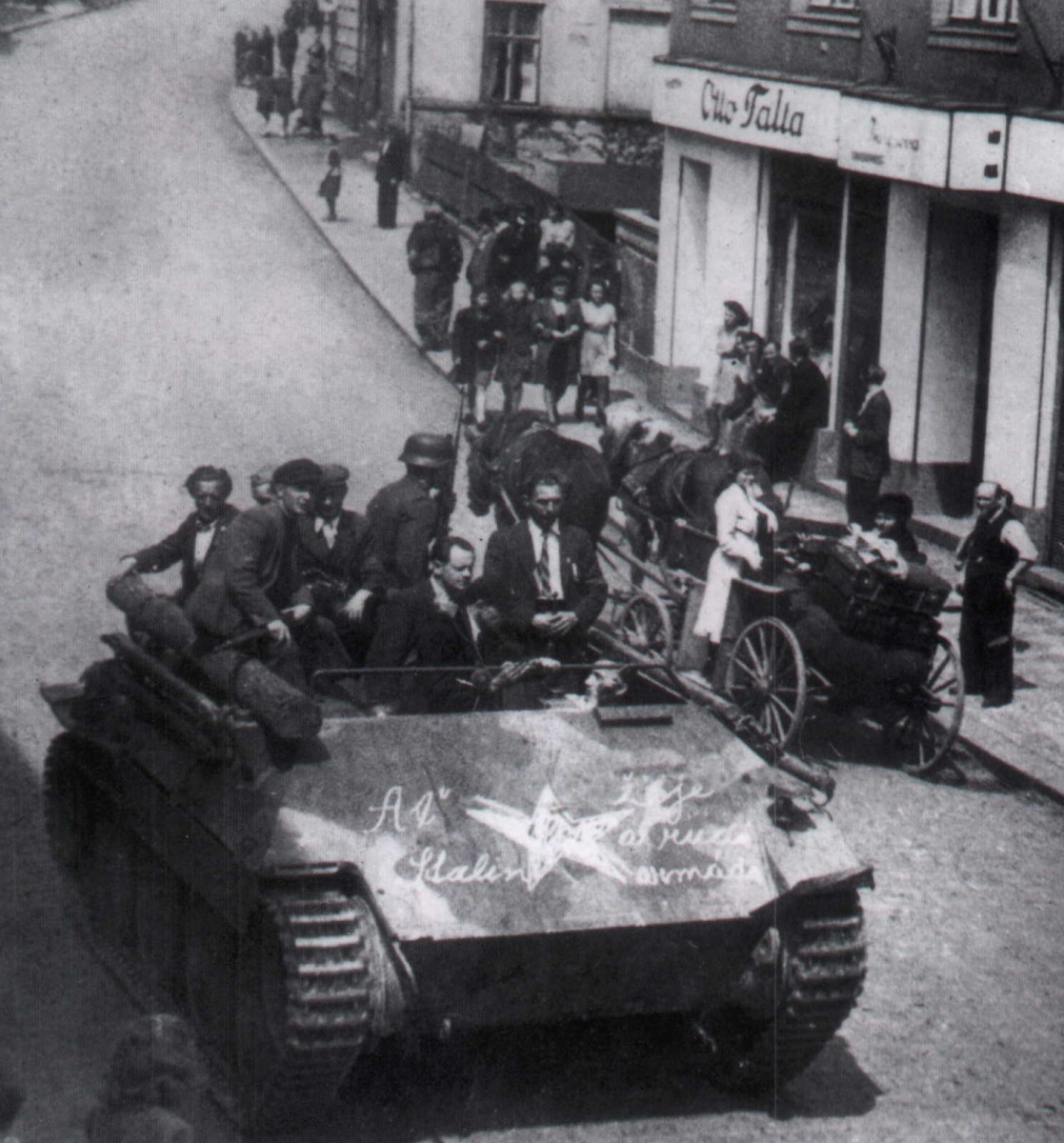 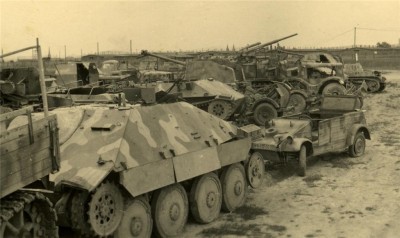 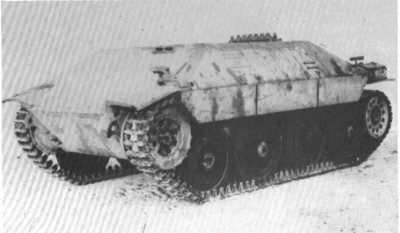 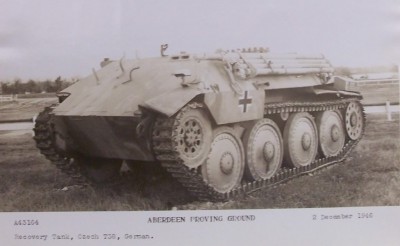 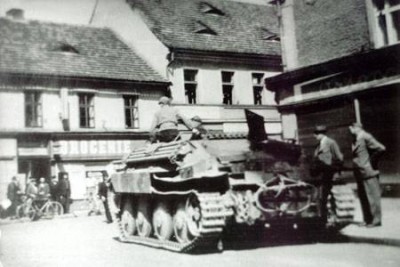 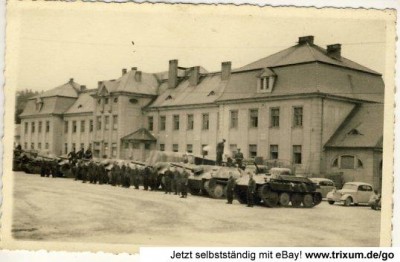 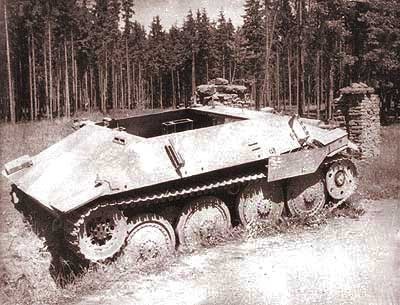 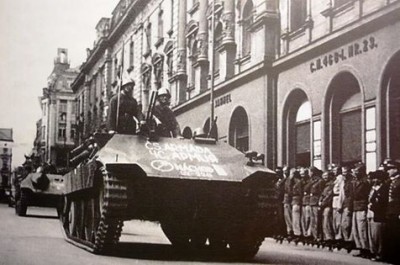 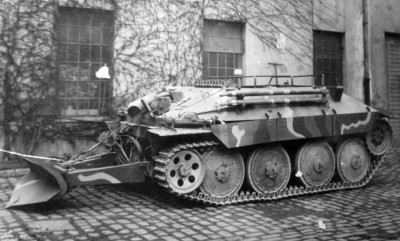 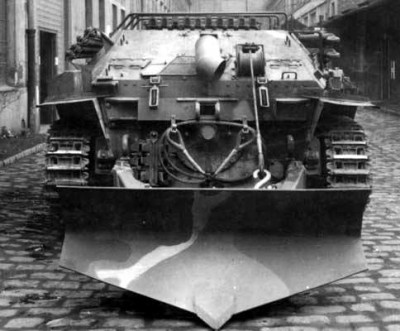 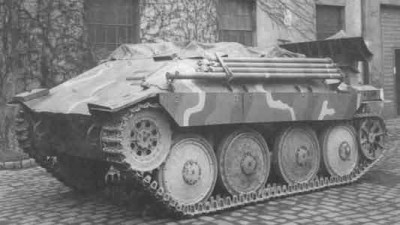 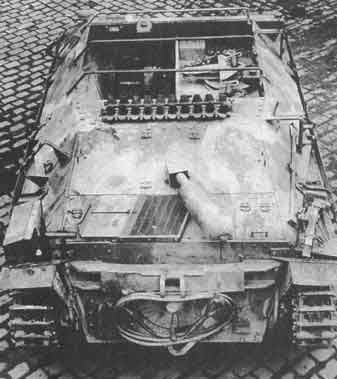 https://www.valka.cz/topic/view/6375
Digital Archive of the Provincial Archive in Opava 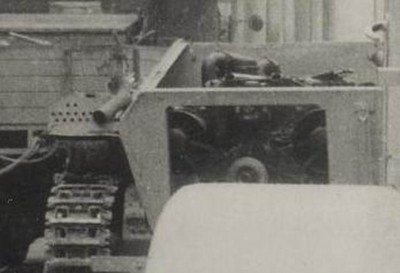 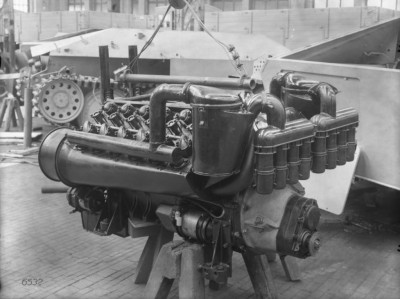 URL : https://www.valka.cz/Bergepanzer-38-t-vyprostovacie-vozidlo-t31393#614577Version : 0
brano MOD 2 years ago
Bergepanzer 38 (t) made of a standard hull designed for a tank destroyer? Given that these are photographs from the end of the war, I assume that the production took place at the end of the production of this type of technology. 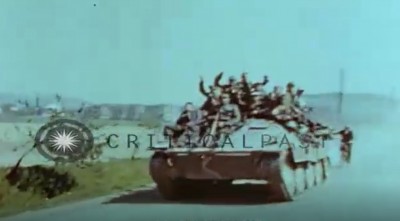 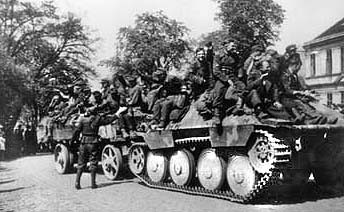 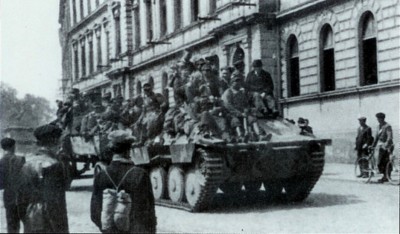 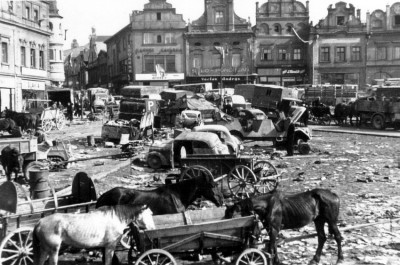 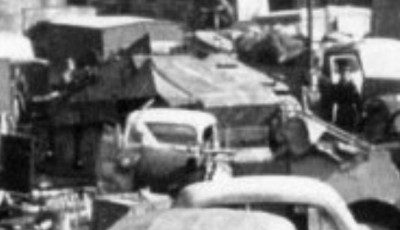 URL : https://www.valka.cz/Bergepanzer-38-t-vyprostovacie-vozidlo-t31393#629784Version : 0
brano MOD a year ago
Bergepanzer 38 (t) in the Czechoslovak Army
According to the sources listed below, the post-war Czechoslovak army was to have a total of 10 vehicles of this type. The vehicle was to be referred to as "Praga-Bergen".

A friend on Facebook provided me with a contact for Mr. Jiří Němec. He was a soldier of basic military service who (although unofficially) rode rescue vehicles of this type. At my request, he wrote me his story and sent rare photos.

URL : https://www.valka.cz/Bergepanzer-38-t-vyprostovacie-vozidlo-t31393#661495Version : 0
brano MOD 3 months ago
After initial examination, it is more than likely that the photographs show a model vehicle of serial number "322519", which was manufactured in 1/1945. This vehicle is the only one I know with a square hatch (?) On the front armor under the driver's window, and the vehicle in the photo has this detail. The vehicle is of later production with frontal armor only 30 mm thick and instead of front towing eyes formed by the extension of the side armor has welded "U" profiles. However, the vehicle is already missing equipment, winch and support blade. The vehicle has an older silencer. As Mr. Němec mentions, he removed the blade himself when repairing the vehicle. In other photos of the vehicle sent to me by Mr. Němec, I can see that the tension wheel on the left side is not original. The model vehicle from the war was of a different type. 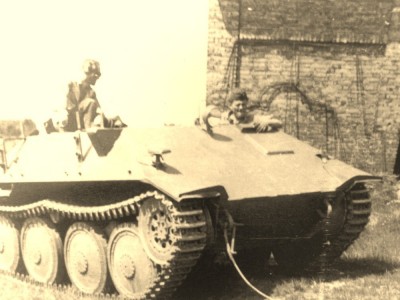 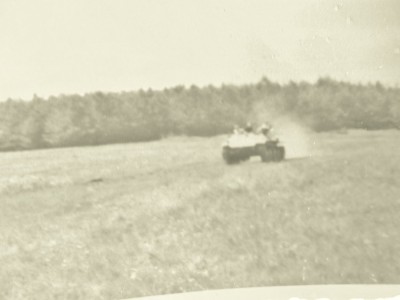 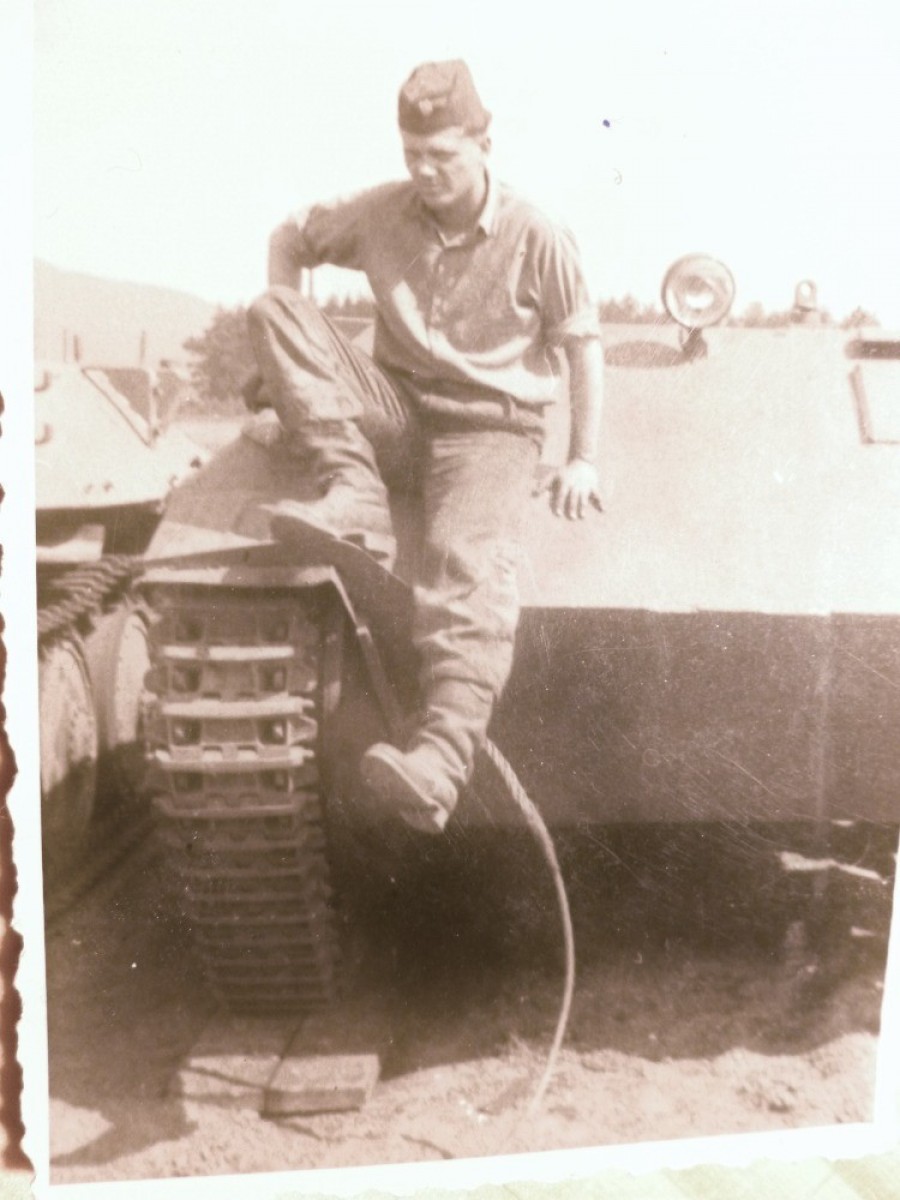 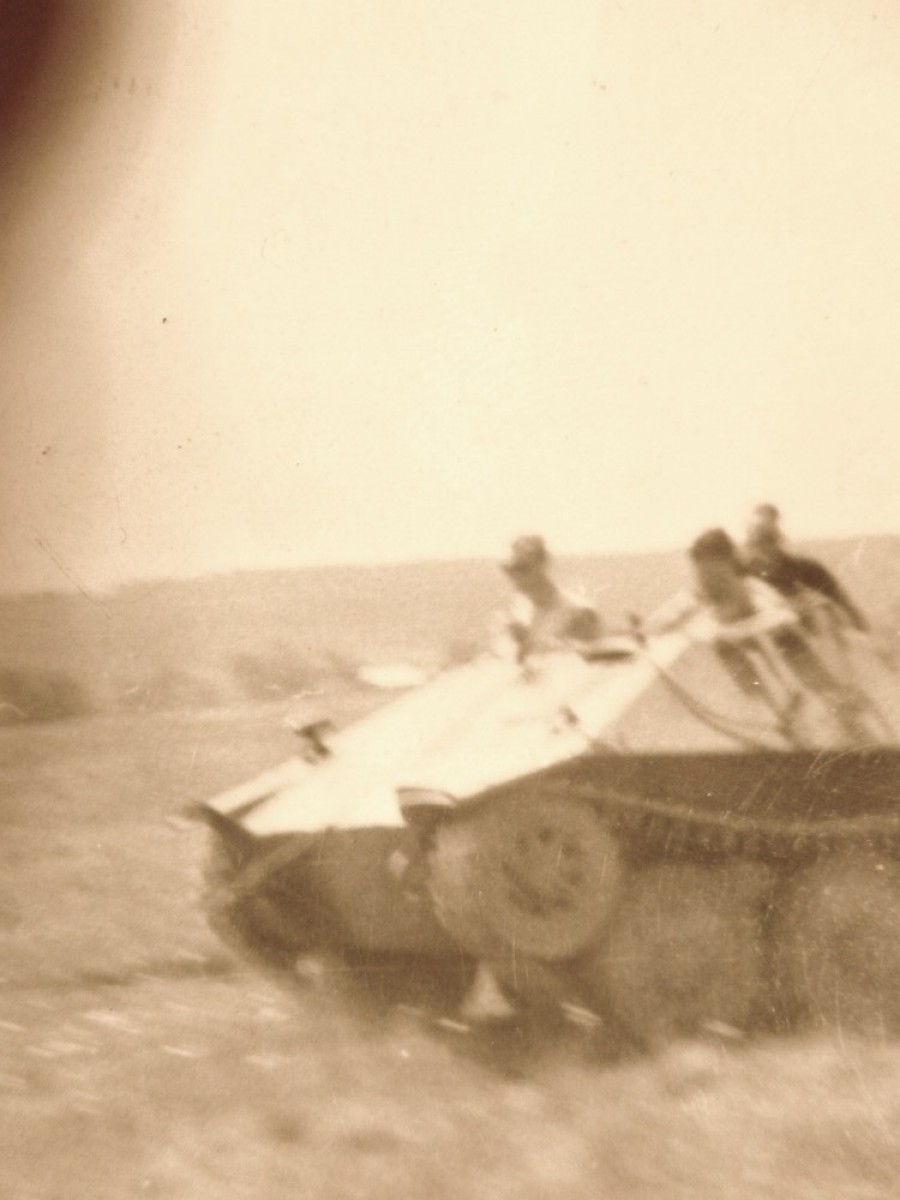 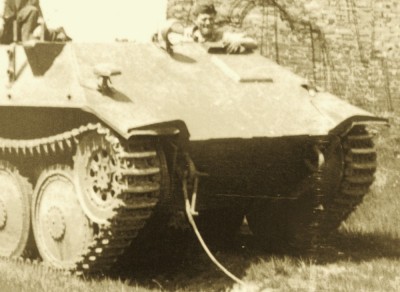 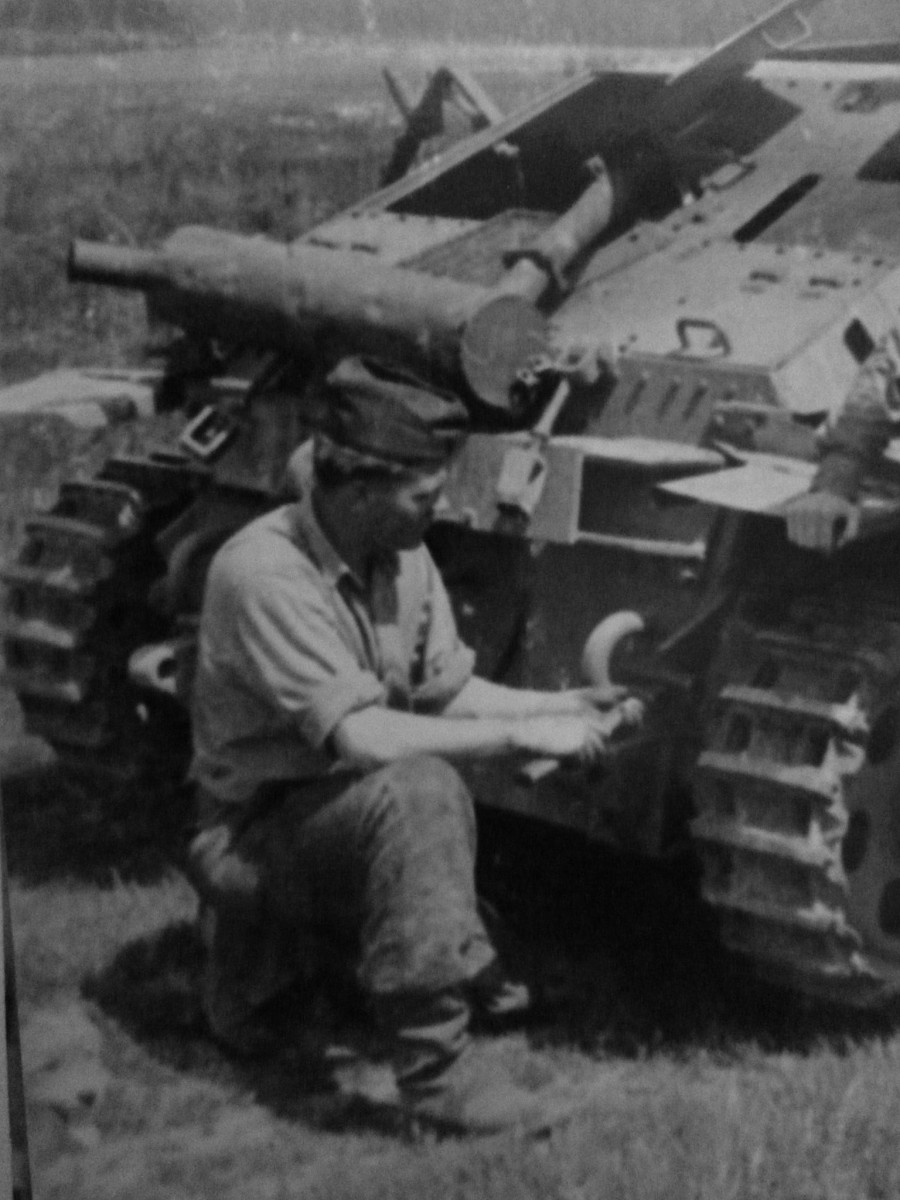 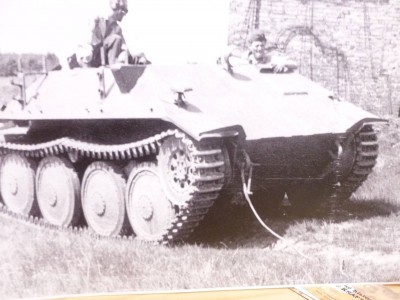 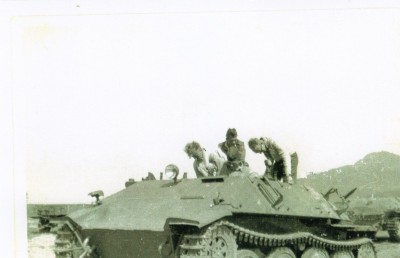 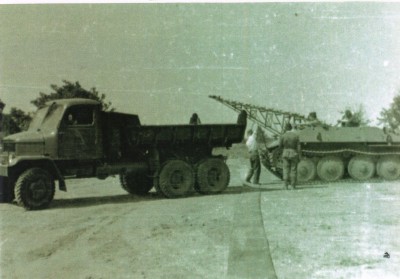