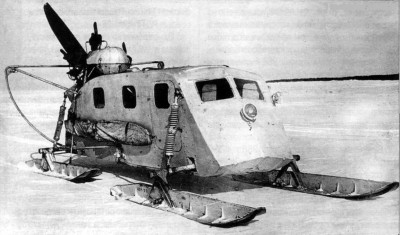 URL : https://www.armedconflicts.com/SOV-NKL-16-42-aerosane-t39702#621708Version : 0
Panzer MOD a year ago
[b:11075fe5d8]NKL-16/42[/b:11075fe5d8]
Incurred improvement on previous variants of the NKL-16/41. The sled had the same design of chassis and powertrain as the NKL - 26. Produced is racing ZIS and GAZ. NKL-16 was, however, no armament and a revised cabin should be modified to transport cargo or persons. She had a differently shaped bow and cabin - with regard to the determination - was slightly longer. Cargo space was accessible through doors on the sides. He conceived either the 4 soldiers in full field, or equivalent cargo. Capacity significantly increased the possibility of pulling either freight sleds, on which it was possible to load up a bulkier and more massive armament, such as heavy machine guns, mortars, 45mm anti-tank guns, not to mention other costs. In addition to the special ropes for the vehicle could tow up to 20 skiers, which both accelerated the movement, both to increase the firepower of the desantu. Every machine carry about 500 kg of (+ towed load), so every company transported approximately 13 - 15 tons of cargo. Experience has shown that when přivěšení the next load will drop the average speed by about 1.5 to 2 km, and the operating range will cover about 160 km at an average speed of 25 - 35 km/h. On their basis was created and a few special adjustments, especially the "flying repair workshop" NKL - 16RL (НКЛ-16РЛ, R = ремонтная - repair).

Compared to its predecessor had a few improvements. For better positioning of soldiers in full uniform were side walls bulging outwards. The enclosure is then expanded by about 10 cm. The fuel tank was now located inside the fuselage, passengers were separated by a removable partition. The front wall of the hull was rounded. Rear wheel shock absorbers have been extended and their fixing was on hinges, welded to the motor bed. This will reduce straining of the hull, because of its rear part no grounding directly to the chassis legs, but the forces are passed on to the beams of the engine. In the other structural elements of the two variants were identical.

[u:11075fe5d8]Hull and skis[/u:11075fe5d8]
Hull of the sled, was a traditional design . the wooden bulkhead, the united stringers. Cover was plywood. Nejnamáhanější places (hinges, chassis, steering, engine) has been enhanced by additional layers of plywood. The front window was in the middle of the split column. In the right side was in the cabin 2 glazed window, another window was in the driver's door. On the left side of the window was just in front in the driver's door. Here were doors to the rear, to facilitate the movement of soldiers in full gear and the handling of larger costs significantly more. In the ceiling were 2 openable hatches, one over the passenger's seat, another in the middle above the cab for passengers.

In the rear of the cab under the engine was a removable bulkhead with steel belts attached fuel tank. The tank was snýtována of sheet metal, the joints were sealed by soldering. Filler neck sealed with a screw cap.

Skis were wooden construction, interchangeable. In cross section the shape of an inverted T, the bottom area of the wooden with a metal skluznicí and a metal guide rail. Longitudinal skis from pine wood was the horizontal part of the fixed metal keepers. The upper edge of the skids was also around the perimeter of the reinforced metal strap. All 4 skis were equipped with a brake, anchored to the sleeve axis and passing through the skluznicí. The brakes handled driver 2 nožními pedals. The left pedal controlled the rear of the ski, the right brakes to the front skis. Steering wheel, which by means of ropes and composite levers control all skis. (see diagram in the image attached).

Suspension of the skis independent of the individual skis have been strung on poloosách, whose feet were secured to the hull of cardan joints. At the ends of the half was restrained and rod and the lower end of the spring shock absorbers. Shock absorbers were dvojpružinové, one spring she worked as a tractor, the other pusher. The top of all shock absorbers have been in type /41 anchored to the hull, u type /42 were the rear shocks considerably longer and secured the upper end on the frame of the engine.

The speed of the movement depended only on the speed of rotation of the propeller, the driver affect the pedal "gas", placed between the brake pedals, and brakes. The driver sat in the front cabin on a high-regulovatelném seat, next to him was instead of the passenger. Their space was like separated from the rest of the cabin backs of the seats - on the left side of their own door.

[u:11075fe5d8]drive[/u:11075fe5d8]
Engine - air karburátorový M-11 with a two-blade wooden propeller, on the ends and leading edges of the iron. The propeller was mounted directly on the crankshaft of the engine. Before her was a pulley, powered by a v-belt to a dynamo, is placed, together with the starter, in special envelopes left and right at the bottom of the cylinders of the engine. The cylinder of the engine were fitted with a simple single exhaust. Their special skosený shape had a drive to create a vacuum and thereby facilitate the exit of the flue gas and the intake mixture into the cylinders. Here was used a protective frame welded of the pipes and anchored on the hull and engine bed. According to the regulation, was painted a bright red warning color, even if they are possible individual deviations. 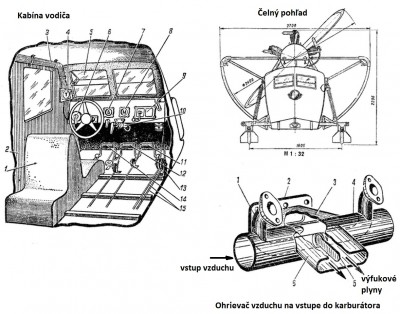 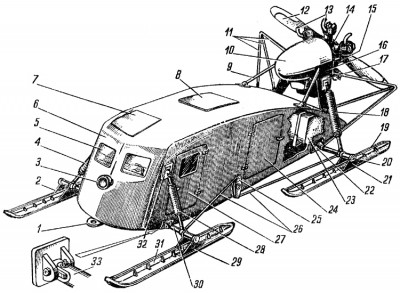 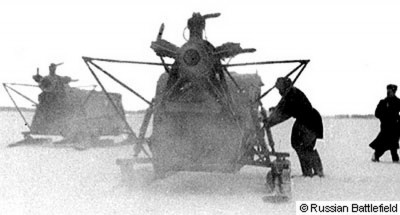 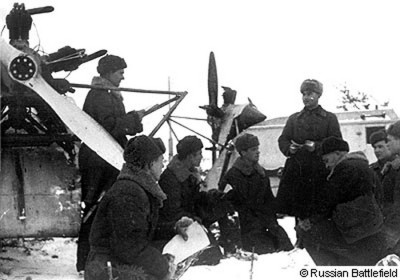 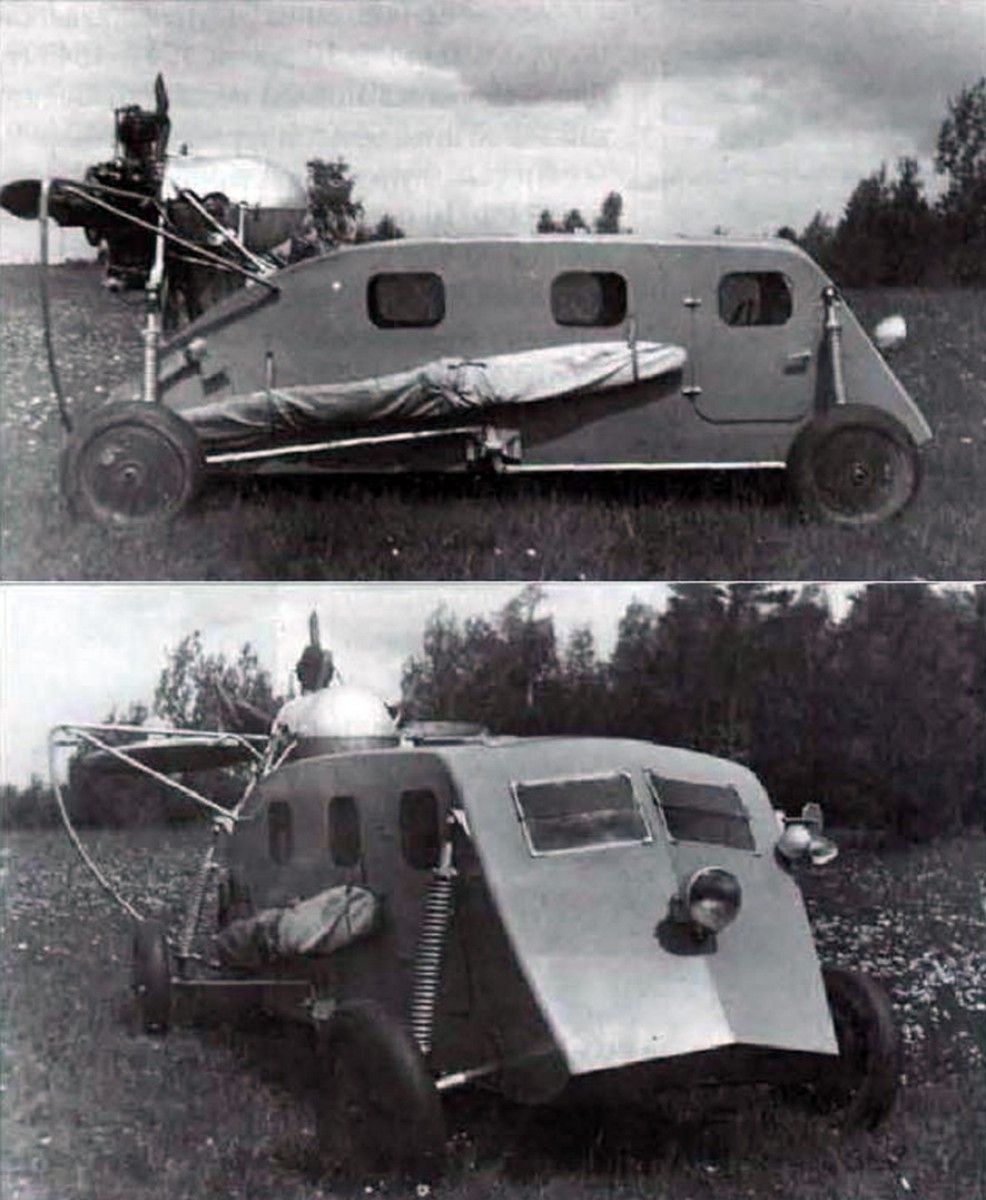