NKL-26
The machine was based on the type of NKL-6 and had a fully enclosed fuselage, established on four independently suspended, system linkage and lan steerable skids. Thanks to the manageability of all of the skids the machine was relatively okay to use. If necessary, could be transported the next 4 soldiers, standing one on each rail.

The hull was wooden, the front wall was armoured the armour thickness of 10 mm. The crew of the machine consisted of two men. The driver sat in the front and steering the machine using the steering wheel. The outlook served him closable rectangular peephole in the front wall. When you stay in a dangerous area with the visor closed and a view of ensuring the slit in its cover. The second man on board was the commander, who also fulfils the role of a gunner from the machine gun. Russian sources agree on the fact that despite the claims of various western authors, it's about all the Russian and soviet aerosaně in active service, which were fitted with armor. For all other types of sheet metal formed to only cover the torso*.

To the onset of and exit from the car served the door in the left side wall of the hull, the crash could also use a shooting hole in the roof. In front of the two side walls of the hull were two other windows, allowing the driver to view to the sides. At the stern was hung the engine, slightly protruding above the roof of the vehicle. It had a practical cause - the need to get the circle running propeller as high as possible. The engine was an air, an air-cooled five cylinder M -11G. Had an electric starter and for extreme frosts was equipped with a preheater of the fuel. The engine was directly mounted simple two-bladed propeller with a diameter of 240 cm. The sides of the torso before the propeller was a simple structure of metal tubes, protecting the propeller from damage the vegetation. In the rear part of the fuselage, in place of the commander, was the fuel tank.

Above the commander's unit was in the ceiling opening is circular and at its edge was mounted a machine gun DT - ДТ (Дегтярев танковый = Děkťarjev, tank) caliber 7.62 mm. A machine gun was installed on the associated ring, so with him it was possible to rotate in the range of 300°. Shooting backwards is not possible, a space of approximately 60° has been blocked, because there was the engine and propeller. For own shooting a commander had to stand up, with his head and shoulders protruded above the roof. Protection while shooting him to provide a shield of the machine gun.

*note
- partial up-armor kits were provided and a combat aerosaně NKL-32 (НКЛ-32), referred to as a "Mobile fire point" (передвижная пулеметная установка) - combat aerosaně on 4 skis with a wooden partially armored hull for 2 men. You should have available both a heavy machine gun DŠK (ДШК) or Berezin (Березин), coupled with a machine gun DT (ДТ). Ammunition supply was 400 pcs for heavy and 1000 pcs for a light machine gun, stored in the disk trays. According to the quality of the trip amounted to a speed 30 - 50 km/hour endurance ride at least 5 hours. The armor was a thickness of 8 mm, the motor M-11F (М-11ф (форсированный = reinforced). 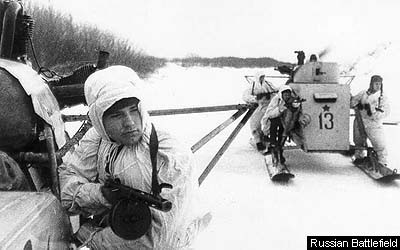 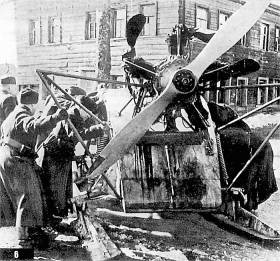 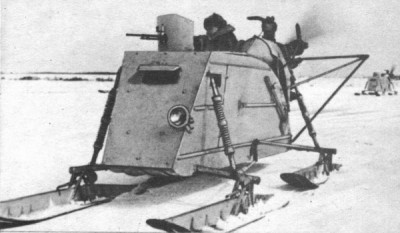 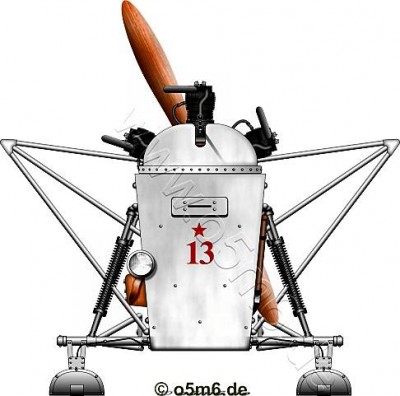 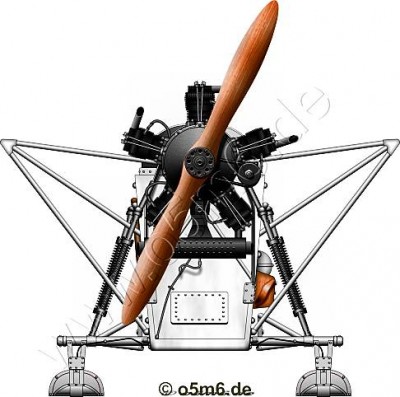