WZ-5 was the first and currently the only operationally used strategic jet unmanned reconnaissance vehicle in the Chinese Air Force ( PLAAF).

History: Several US drones AQM-34N "Firebee" used by the US Strategic Air Force Command was between 1964 - 1968 ([ note here the data differ from the data for AQM-34N "Firebee", which was allegedly used in Vietnam only in the years 1967-1971) shot down by the Chinese Air Force on their reconnaissance missions over China and North Vietnam. At least one of the shot down machines fell into Chinese hands relatively undamaged. Using undamaged parts from other acquired machines and replacing some parts with Chinese, scientists and technicians from the Beijing Institute of Aviation were able to operate and then subject to flight tests a copy of AQM-34N "Firebee".
Based on the experience gained in the completion of the device and the use of reverse engineering, the development of our own device based on this type began in 1969. The flight of the first prototype WZ-5 was made on 28.11.1972. Individual tests and continuous improvement followed. The first combat deployment, then still pre-production machines, was carried out in 1979 during Sino-Vietnamese border conflict. The unmanned vehicle WZ-5 then demonstrated its capabilities as an irreplaceable helper in obtaining information (IMINT) and it was decided to introduce it into service. It was officially introduced into service in 1980.

Description:
WZ-5 is a mid-plane with wings facing backwards. The jet engine is built into the lower part of the fuselage with an oval intake opening at the front and an outlet at the rear. The hull is round in cross-section, tapering backwards. The carrier was originally a bomber of Soviet origin Tu-4 "Bull", currently developed and put into service carrier based on the turboprop aircraft Y-8 (licensed production of An-12 "Cub") referred to as Y-8E.
During a combat mission, the unmanned vehicle is first transported by air to the vicinity of the deployment at an altitude of 4000-5000 m. Following disconnection from the carrier it automatically ascends to an operating height of 17500 m. After reaching the target zone, the device is controlled by the autopilot on the basis of pre-programmed flight parameters (altitude, speed, course, speed, flight time). At the end of the mission, the vehicle returns to the starting area, where it lands on a parachute after switching off the engine on the basis of the remote control.

The fuselage is divided into six sections - radar, optical reconnaissance equipment, fuel system, engine part, avionics and parachute part. The device has 5 positions for the placement of optical (electro-optical, infrared) cameras. Photographs are stored on a recording medium (photographic film) placed inside the fuselage.

The basic variant WZ-5 cannot currently be compared with modern reconnaissance drones. Limited infrared reconnaissance capabilities allow efficient reconnaissance only in daylight, the non-existent digitization of images and subsequent data communication do not allow the transmission of detected data to command posts in real time. Fixed programming of the flight path does not allow to change the flight parameters depending on the conditions and activities of the enemy. These shortcomings will be gradually remedied during the planned modernization. 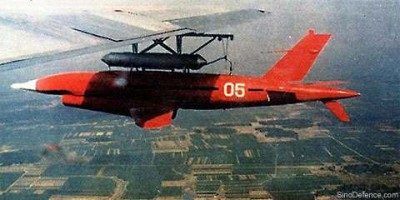 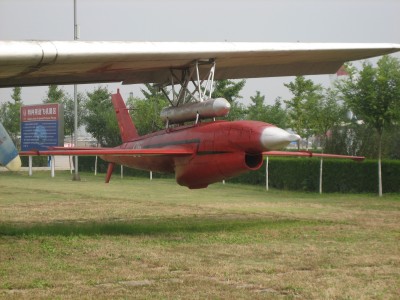