He was born on March 28, 1902 in Prague in the family of a professor at an industrial school. Thanks to his uncle, who was a forester, Otto Wagner became a passionate hunter at a young age. He goes to the Scout, where he learns to live in nature. He wants to study at a military academy.

In 1922 he was admitted to the military academy in Hranice na Moravě. In the years 1923-1925 he attended the French Military Academy in St. Cyru. He was expelled from the academy in Hranice in 1925 with the rank of lieutenant. Until 1939 he served in various military garrisons in the Czechoslovak Republic. He does not have an easy life in the First Republic Army. Many of his superiors are not very well-trained military "experts" from the ranks of the legionaries. Wagner shows them their incompetence and is in constant conflict with them. As he himself says, "I was popular with commanders who understood the military craft. Those who did not speak the craft were hard to serve over me." Therefore, his career is not dazzling, and despite the fact that he completed a course for foreign officers in St. Cyr, only achieves the rank of staff captain.

After Munich, he served until the end of March 1939 in Slovakia. He was then deported to the Protectorate and left for Poland in May.

In 1940 he participated as commander of the 1st Battalion, 2nd MS. infantry regiment fighting in France. Even then, he showed dissatisfaction with the situation in Czechoslovak army and the policy of the government in exile, both in its dailies and in public. He tries to promote his opinion on the organization and deployment of Czechoslovak units, but without success. Wagner's disillusionment with the Czechoslovak exile army is confirmed by the behavior of many members of the officer corps, who look more than their soldiers for their gags and other benefits. Their incompetence culminates in the dissolution of the Czechoslovak army after the fall of France.

After the capitulation of France, he was evacuated to England and assigned to the Czechoslovak brigade. Because he does not stop criticizing the exile leadership, he strongly criticizes Dr. Beneš, due to his weakness and unclear concept of foreign resistance, is put out of service with several other officers.

As soon as the opportunity arose, he joined General de Gaulle's Free French (FFL) on April 16, 1941. The absurdity of the situation at the time and the senseless attitude of the exile leadership towards people who really wanted to fight Nazism is evidenced by accusations of high treason that hovered over Wagner and other "rebellious lords".

From July 1941, as a company commander of the 2nd Motorized Battalion of the 13th Half-Brigade of the French Foreign Legion, he participated in the campaign in the Euphrates and on the Iraqi border. Later, as deputy battalion commander, he fought in Egypt and Libya. At Bir Hakeim, he successfully led his unit out of Rommel's siege. During 1942 he was awarded the French Levant Medal, Colonial Medal and the French War Cross 1939 with two palm trees, which he adds to the Czechoslovak War Cross 1939, which was awarded on October 28, 1940. October 24, 1942 he was severely wounded in the battle of El Alamein at attack on the position of Naq Ral, receives a medal for injury and a hospital ship is transported to England.

In March 1943 he was promoted to the rank of major. In July, he became an instructor at a training camp in Camberley, England. From September of the same year until April 1944, he was commander of the 3rd Battalion of the 13th Half-Brigade of the Foreign Legion in Sidi Bel Abbes, Algeria. From April to August 1944 he completed a special airborne and diversion course in England and in November he served as deputy commander of the training center of the Foreign Legion in Coulommiers.

From January 1945 until the end of May of the same year, he was the operational commander and commander of the 2nd Battalion of the French guerrilla regiment Foch on the Atlantic Front in Marans. In May he was nominated for the Cross of the Order of Liberation and in June he was appointed Knight of the Order of the Legion of Honor and the Cross of Volunteers.

Until 15.07.1945 he worked in the staff of the Atlantic Army and then on the basis of a contract between de Gaulle's staff and the Czechoslovak. by the government returns to the Czechoslovak army. On July 25, 1945, after six years of exile, he returned to Prague.

In his eyes, post-war Czechoslovakia once again has an unfortunate formation of the government, headed by Dr. Beneš. And so Otto Wagner joins the current, which not only criticizes this situation, but also prepares its actual change - he joins the Communist Party (Slovak). She is an exemplary utopian socialist in her ranks with a negative attitude towards everything that comes from London. Idealism has always been part of Wagner's approach to life. The irony of fate is the fact that Wagner is soon very surprised by political developments in his homeland. According to his own words, he was "run over by a car that helped push." He worked in various command positions in the Czechoslovak army until 1951. In Michalovce he commands an infantry regiment to Sniny, where he will help the distressed Polish brigade in the fight against the Banderas, for which he is awarded the Polish War Cross. The command of the regiment in Prešov [ / url], from where he is transferred as commander of a separate battalion to [url=/topic/view/43975] Jeseník His last command post is the deputy commander of the brigade in Olomouc. During the maneuvers, he gets into a dispute with a Soviet adviser over the strategic location of the brigade, and Wagner replies that no one escaped from the company of the Foreign Legion he commanded during the war, arguing that troops stationed along the forest would escape during the war. The fight reached the Ministry of National Defense, and the reservations of the Soviet adviser are enough for Wagner to be by a decree of the MNO on April 6, 1951. "unreliable" retired.

The idea of Otto Wagner's "unreliability" and military qualities includes the conquest of the french city Royan. Wagner's unit then numbered two thousand men and the estimated number of casualties was 600 dead. However, Wagner lost only seven men. For this event he was awarded the Cross of Liberation (the highest French award).

After being discharged from the army, he works as a forest worker in Jeseník. He understood that one evil had replaced the other and was leaving for the third resistance. He is betrayed. On March 28, 1953, he was taken into custody, and on March 7, 1954, he was sentenced to two years and losing his rank for "accumulating weapons and inducing an attempt to escape."

In the same year, he was released on amnesty and made a living in various places as an auxiliary worker. He is forbidden to stay in Prague. He retired in 1962, but for existential reasons he works as a part-time worker in the Králodvorské cement plants. He shares the fate of many other soldiers and resistance fighters who refused to bow to the new dictatorship.

In June 1967, he received permission to travel to France to celebrate the 25th anniversary of the Battle of Bir Hakeim. He receives an acceptance that brings this tough soldier to tears. While his homeland leaves him to live on the fringes of society, the adoptive homeland has not forgotten him and treats him as he belongs to the heroes. A personal relationship with France dating back to the time of his studies in St. Cyr, he also expressed a wish that after his death his ashes be stored in this adoptive homeland.

In 1970, part of Wagner's diaries was published by Naše vojsko. The book evokes a considerable voice. Otto Wagner died on May 20, 1974 in Jihlava hospital. After two years of administrative delays, Wagner's urn and orders succeed in getting to France. On May 15, 1976, the urn with its ashes is ceremoniously placed in the Memorial of the Foreign Legion in Puyloubier, France. In 1991, Colonel Otto Wagner was awarded the Order of Milan Rastislav Štefánik III. class in memoriam by the President of the Republic.

Wagner, Otto: With the Foreign Legion against Rommel 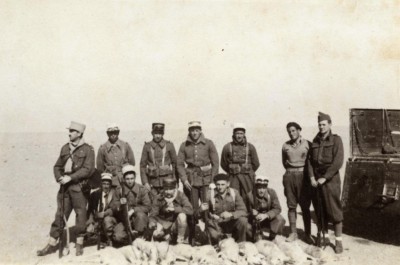 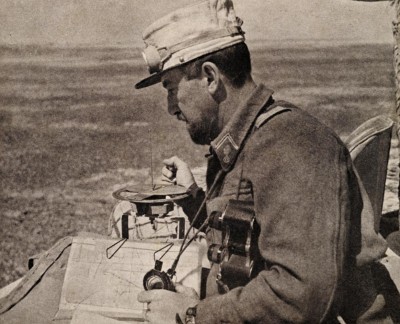 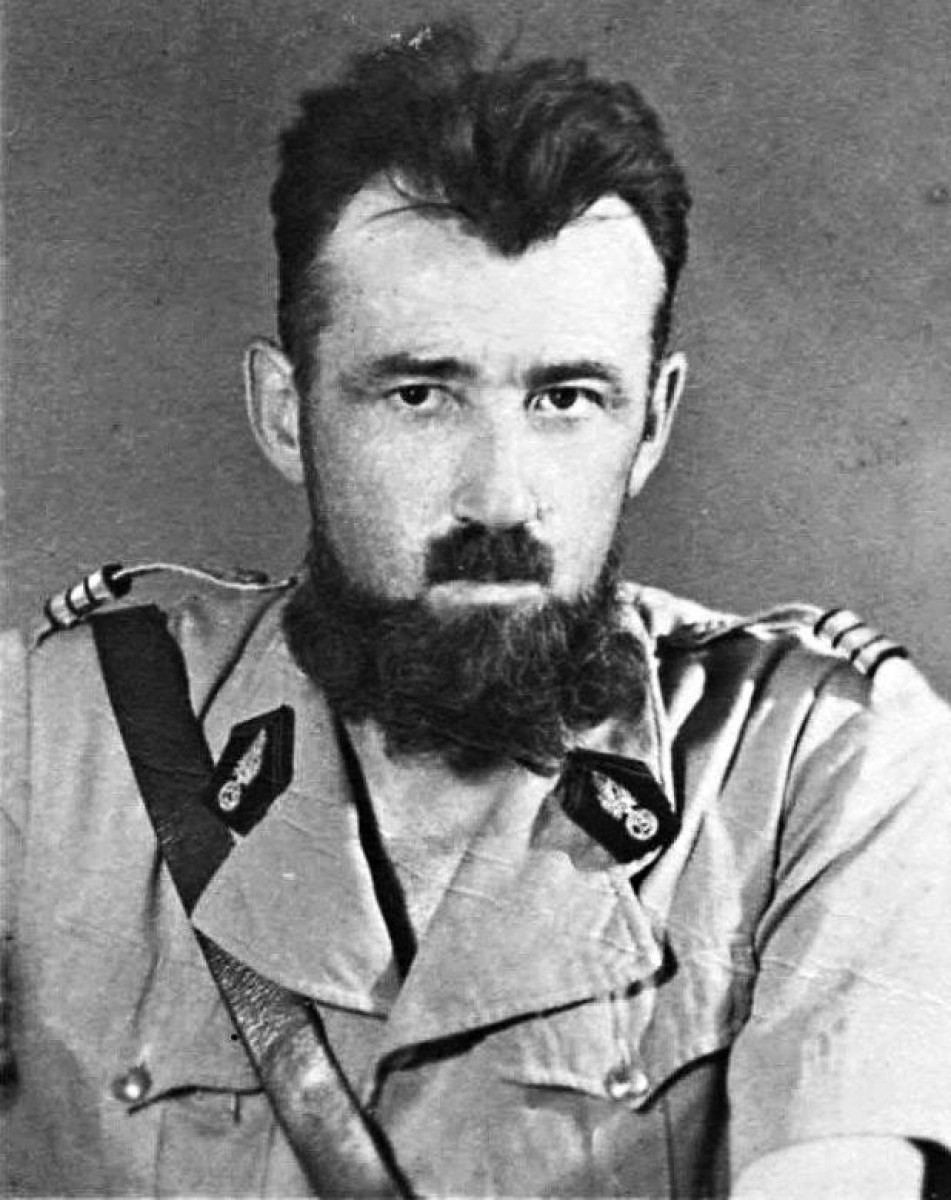 In the case of Otto Wagner, the president's decision was probably quite simple - Wagner was among Beneš's critics - especially his "policies of compromise against himself" ... and so he was released without long delay

despite the fact that he would certainly be of benefit to our foreign unit. 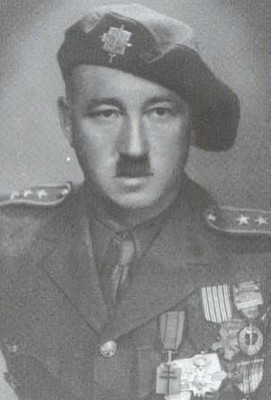 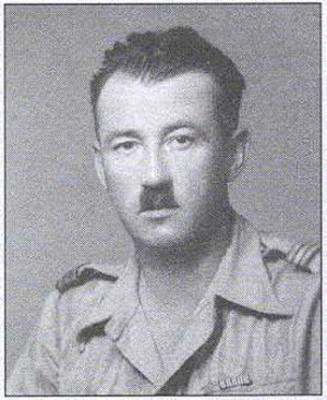