pilot, traitor - confidant of the Gestapo


Augustin Přeučil was a pre-war Czechoslovak military pilot. After the occupation of Czechoslovakia, he tried to flee abroad, but not into foreign resistance, but into exile to Brazil. He was captured by the Germans at the border and recruited as a Gestapo agent. For the second time, he entered Poland with the knowledge of the Germans during the fake escape and joined the ranks of Czechoslovak foreign military group.


He served in the Air Force in France, where, however, according to witnesses, problems already began to occur with him ( gambling, alcohol, debts). After the fall of France, he went with Czechoslovak pilots to England, where he was accepted into the RAF. He served briefly at 43. and 605. Fighter Squadron, later at non-combat units, most recently at 55. OTU v Usworth. He constantly maintained contacts with the Germans, to whom he conspiratorially reported from the Czechoslovak Air Force. In the fall of 1941 he was called to fly from England, as the Germans were interested in a new version of the machine Hawker Hurricane Mk. II C with armament 4 cannons caliber 20 mm. However, Přeučil's unit did not have these machines, it only flew on the older Hurricane Mk. I with machine gun armament. He flew to Belgium on September 18, 1941 on a Hawker Hurricane Mk. I s/n W9147, code PA-A and landed in a field near the village of Ortho, near Bastogne. He did not destroy the plane in contrast to the regulations, on the contrary, he later named the local citizens, who provided him with help as a "shot down pilot". Přeučil's machine was later exhibited at the Aviation Museum in Berlin and was destroyed in an Allied air raid.


Přeučil continued to work as a collaborator of the Gestapo and took a very active part in the conviction of Czech captive pilots, paratroopers and the like. He provided the Germans with important information from the Czechoslovak Air Force in England, actively participated in the interrogation of pilots and according to the memories of witnesses ( Vilém Bufka, Petr Uruba and others) did not enter into anything with the Gestapo. It can be stated that together with the parachutist Karel Čurda he caused probably the most severe blows to the Czechoslovak foreign resistance.


After the war, A. Přeučil was detained very quickly on the basis of an arrest warrant, and after proving his activity, he was sentenced to death and executed on April 14, 1947.


I think it is an honor for the Czechoslovak resistance that such monsters as Přeučil, there was only a tiny fraction in it, completely negligible in comparison with the number of honest and heroic patriots who voluntarily fought and died for universally valid human values! 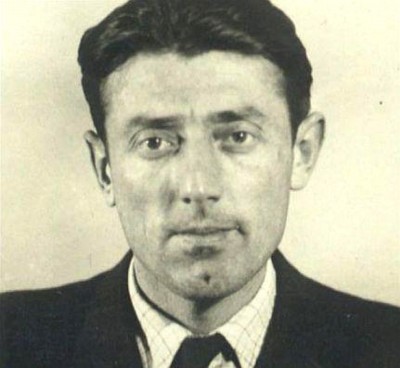 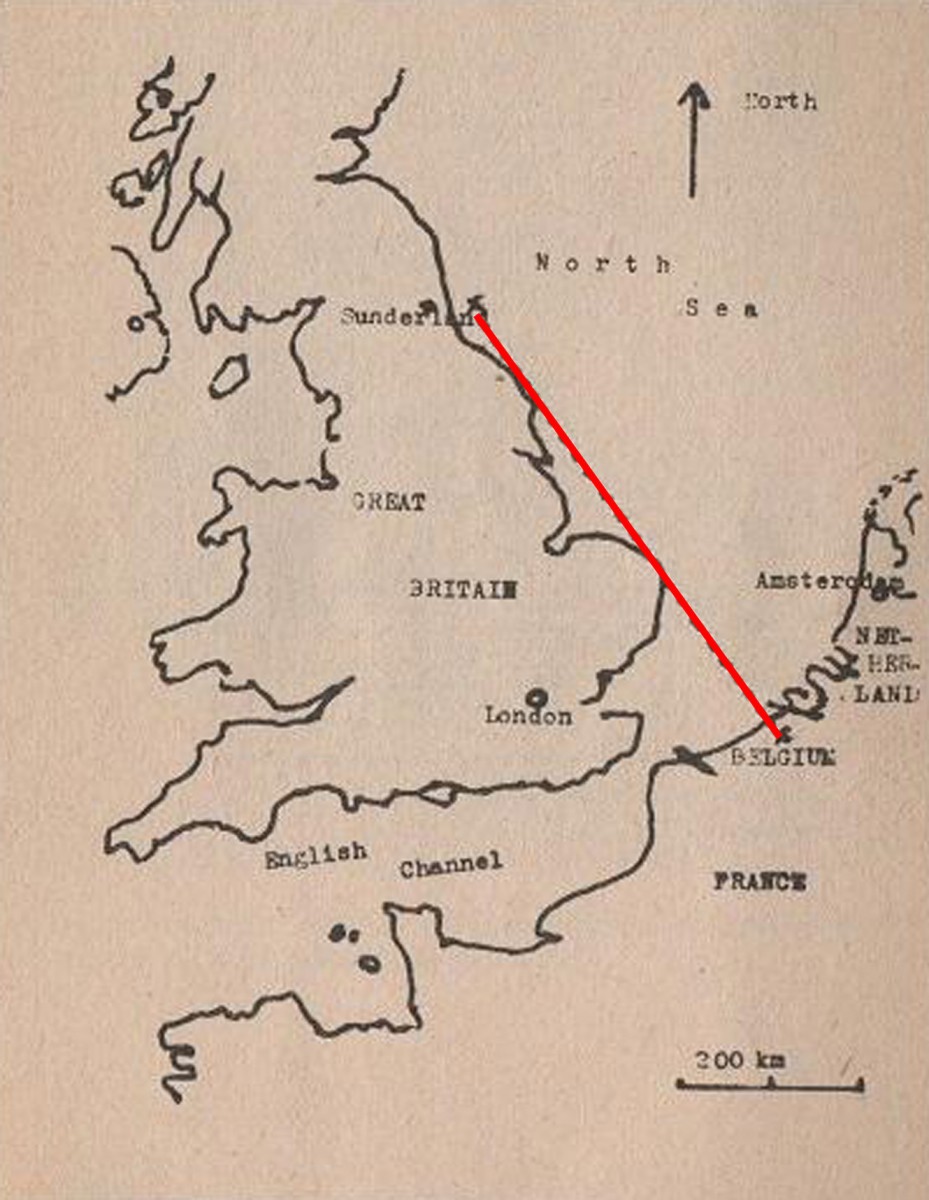 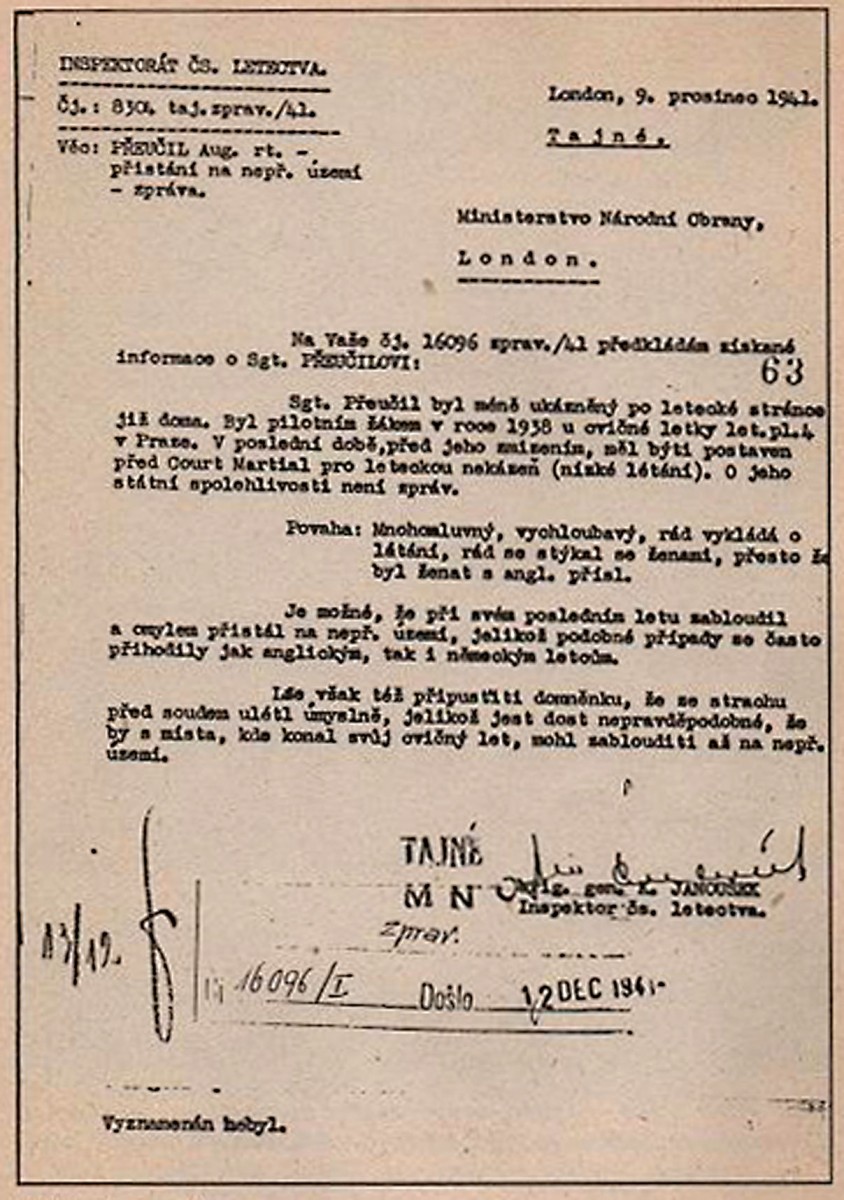 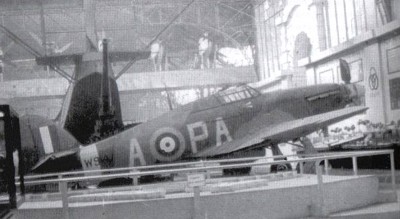 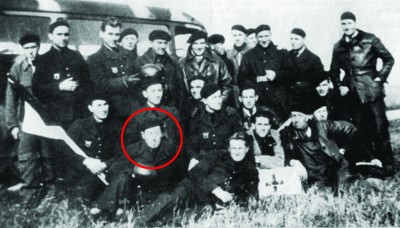