In 1937, several American officers participated in the demonstration of the British flying target Queen Bee. The Navy was so interested that it created its own program, led by Lt. Cmdr. Delmar S. Farnhey, who was to develop his own equivalent of a British machine. Farnhey's team then rebuilt several aircraft Curtiss N2C-2 and Stearman into radio-controlled targets, called drones, based on the original British Queen Bee. The first idea to use drones for naval bombing was also born in 1938, but interest could not be aroused until 1940. At that time, Farnhey demonstrated to the Navy his first unmanned machine controlled by a television system developed in collaboration with pioneer Vladimir Zworykin. After the invasion of Pearl Harbor, a secret program OPTION was initiated, formally launched in February 1942, which was to develop the first mass-deployable drone with television control. The first attempts (probably with the XTDN-1, because they were to be built in February 1942) were successful enough to order the production of a hundred-piece series of drones at the state factory in March Naval Aircraft Factory, designated TDN-1 (target drone, NAF). It was a simple all-wood twin-engine topplane with a fixed bow landing gear, XTDN prototypes had Franklin O-300 engines with an output of 97 kW, while serial machines Lycomingy O-435. Their payload was 900 kg of bombs or torpedoes, which could be dropped at a distance or TDN could attack classically - by impact. TDN were controlled by a television signal, for transport and flight tests, but some of them were equipped with a classic cabin. It was soon decided that the TDN-1 was not suitable for series production from a design point of view due to its excessive complexity, so they continued to be used only for tests and also as flying targets for naval artillery training. In August 1943, they were also deployed to the training aircraft carrier USS Sable. In the program of attack drones, they were replaced by Interstate TDR-1. Because the piston engines did not provide sufficient power for the purpose of the aircraft missile, the successors of the TDN designed by NAF, TD2N and TD3N, should have had a rocket and pulsation engine, respectively. 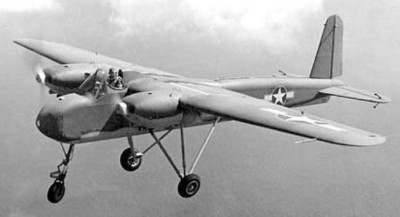 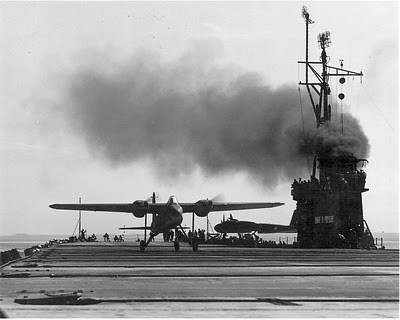