Already at the beginning of the war, several heroes were profiled on the T-34. Probably the most famous of them is Dmitry F. Lavrinenko. The future ace was born on September 10, 1914 in a small village near Krasnodar (Kuban). As a volunteer, he joined the RA in 1934. After a year, he started studying at the tank school in Ulyanovsk. Upon completion, he had the rank of lieutenant in 1938.

He gained combat experience with the first fighting of the Red Army in 1939 against Poland and Bessarabia. At the beginning of Operation Barbarossa, as commander of a tank platoon, he is part of 15. tank division 16th Mechanized Corps. The choir is stationed in Western Ukraine. He won no victory in the battles against the 48th Tank Corps Wehrmacht. However, his tenacity and bravery are evaluated positively. On their own, the crew of his tank was able to repair the machine and cover it far behind the thinning column.

In October 1941, the Russians fought back and stopped the heads of the penetrating columns of Gen. Guderian. Lavrinenko here on October 6, 1941 near the settlement "The First Soldier" destroyed four German tanks during the breakthrough of the siege. Throughout the action, four Soviet troops managed to neutralize a total of 15 tanks in two attacks (of which at least 6 PzIII), 2 anti-tank cannons and several motorcycles. The crew score also increased on October 9, 1941 near the village of Sheikh, when a single T-34 (Lavrinenko) repulsed the attack of ten German tanks and destroyed one. The next day, Lavrinenko's T-34 and heavy KV joined the defense around the bridge over the river Zuša in Mcensk. The retreating Soviet troops were able to report the destruction of four German tanks by the crew of a coffee machine and six Lavrinenko's dot. 18.10 the crew claims another victory. It is overwhelmingly destroying a convoy of German trucks near Serpukhov. Destroyed a convoy of motorcycles, 4 cars with infantry and harnessed cannons. Other vehicles fell victim to the wide belts of the Russian tank. Russian troops captured six mortars, an anti-tank cannon, ten motorcycles with a sidecar and a staff bus full of documents. The unit belonged to the 17th Infantry Division.

The next day, a T-34 arrived, accompanied by a German staff bus, to the settlement of Čismená 100 km from Moscow. Lavrinenko was promoted to lieutenant for successfully leading the fight. On the new front (Volokolamská), she credits other machines to her account. He fought a hard fight on November 15, 1941 near Lyscev. The attack of the 1073rd Regiment of the 316th Rifle Division was confronted with twenty German tanks. Three T-34 and three BT-7 were able to stop the Germans and destroy seven tanks, but two [ url=/topic/view/6528] BT-7[/url] were completely discarded and two T-34 were severely damaged. The village was recharged. Only two days later, only Lavrinenko's dot and one BT-7 remain. However, she is ordered to guard the staff of the 316th Rifle Division during the retreat, and only Lavrinenko himself goes on patrol. The white camouflaged T-34 stands perpendicular to the access road covered only by the endless whiteness of the snowy plain. Eighteen German tanks have been reported from the village of Šiškino! As soon as the German tanks on the way set sideways to a free-standing Russian tank, its commander starts firing. The first two and the last two tanks from the column are destroyed. Missiles from the Russian T-34 are now aimed at the center of the German group. In this fight, the brave crew destroyed 3 Pz.III and 3 Pz.IV..

The next day, our crew decided on an even harsher attack. Lavrinenko headed at full speed against a column of eight German machines. He took full advantage of the frontal armor of his thirty-four and the fact that he could be endangered only by the first German tank. He gives the driver an order at the right time.He turns and the machine rushes at full speed along the Germans. The cannon is, of course, aimed at the Germans. First shot, ....... Hit !! Second, .......... Intervention !!! The charger loads one grenade after another! The third hit !! Charge ........ The fourth sits !!! Next, the fifth German tank is burning !!! .............. Charge and again .... Hit !! ..... Charge .... Hit !!

After the last seventh shot, the trigger on the cannon got stuck. The eighth German tank leaves the column and flees ........ along the way, however, other German tanks approach. The moment of surprise disappears and the dot becomes the center of ruthless fire. One well-aimed German anti-tank grenade hits the side of the hull and the explosion kills Bědný's driver. The shooter Šarov is seriously injured. Lavrinenko and charger Fedotov are trying to free a badly injured radio operator from the wreck through the hatch of the tower. Unfortunately, he succumbed to his injuries before they succeeded. Both survivors are fleeing.

Lavrinenko is still fighting. Now with a new crew and a new tank. Until 5.12. when it is designed for The Gold Star of the hero of the USSR has 47 German tanks on its account. December 17, 1941, as company commander, he gets another 4 victories. The next day he destroyed a tank, two anti-tank guns and two companies of soldiers in combat. It happened near the village of Gorjuny. Here, on his return to his tank, he was hit by a fragment of a German mine. The total score of this promising ace stopped at 28 fights and 52 destroyed tanks in just 2.5 months !!!

Nevertheless, he was awarded the highest Soviet state award - Hero of the Soviet Union was not awarded until May 5, 1990, 49 years after his death. 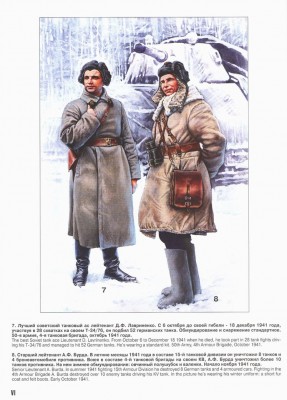 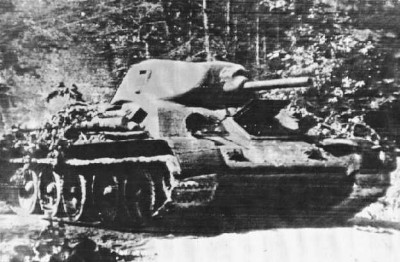 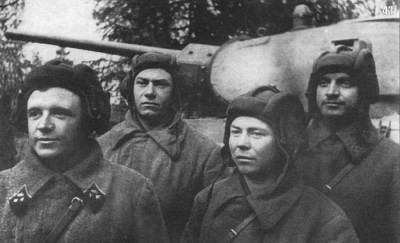