- Operations Representative for Counter-Terrorism Group "A" (Alpha),
- Hero of the Russian Federation

Yuri Nikolayevich Danilin was born into a working-class family. After graduating from high school, he begins, like all his peers, to serve in the army. From 1983 to 1985 he performed basic service in liaison troops. After completing a training course in Aktyubinsk, he is deployed to Cape Schmid ( мыс Шмидта) to the "Rubín" long distance connection center ( центр дальнейй ]).

Due to his qualifications obtained during full-time military service, Danilin is employed, after being discharged from the army, in a telephone exchange in his native Moscow.

In 1987, at his own request, he was admitted to the Soviet KGB (Komitet gosudarstvennoj bezopasnosti - Committee of State Security). In the rank of ensign ( прапорщик) is included in the 15th report of the KGB of the USSR in the operational-patrol service. After the collapse of the Soviet Union, on the recommendation of his brother Anatoly, he joined the legendary anti-terrorist group "A" under the Special Purpose Center of the Federal Security Service of the Russian Federation ([i :aaaaaa] Center for Special Designation of the Federal Security Service of the Russian Federation). Although it may seem so at first glance, it was not an easy decision at all. At that time, Russia was shaking to its foundations, swept by the power struggle and economically at the bottom. The service of the homeland was far from as respected as in the days of socialism. It was the same with the financial reward for this dangerous work. For these reasons, too, many members of the KGB preferred to work in the civilian sector. Danilin chose the service of the homeland.

For more than a decade of service in Alfe, as journalists baptized the "A" section, Yuri Danilin has participated in more than twenty special operations in various parts of the country. He freed the hostages in Behyonovsk ( Будённовск), fought in the North Caucasus and also took part in an action to rescue the hostages at the Moscow Theater Center in Dubrovnik. He returned from each of them without any serious injuries.

However, on Thursday, April 8, 2004, the patron saint of Alphay, the Holy Prince Mikhail Tverskaya was unable to protect him. On this day, Yuri Nikolayevich Danilin fell to the death of the brave. But let's not anticipate events.

According to information obtained by the FSB, one of the closest collaborators of the most wanted Chechen terrorist Shamila Basayev, 27-year-old Abu Bakar Visimbayev ( Абу Бакар Висимбаев), nicknamed One-Eyed or Bakar, was supposed to hide in Shelkovskaya station It was Visimbayev who was responsible for selecting and training suicide bombers. These deadly Chechen women and girls detonated bombs attached to their bodies in restaurants, buses and Russian city stations. In short, wherever an explosion has caused the death or mutilation of as many unbelievers as possible. Visimbayev also personally selected the assassins for the event at the Dubrovnik Theater Center in Moscow.

Therefore, when two of the residents of the Shelkovskaya station confirmed to members of the Russian security forces that Visimbayev was hiding in his parents' house, it was immediately decided to organize an action to detain or eliminate him. In addition, Visimbayev's cousin Anzor ( Anzor), who was also wanted to take part in terrorist acts, was supposed to live in the house with his family.

On April 8, 2004, around nine o'clock in the morning, the Alfa and Vympel units surround the marked courtyard and the house. The simplest solution would be to blow up the house or guide your air force and bomb the house.However, this would be contrary to the principles of special forces, whose members have always put the protection of lives, whether hostage or bystanders, first. And many times at the expense of endangering one's own security.

That's why the men in camouflage are now jumping to the door with the leaps and finding that it is blocked. Because such a possibility was envisaged, the units walk around the house and prepare to enter the building through a narrow door on the porch. Members of the Vympel unit are tasked with blocking the building, and their Alpha colleagues are preparing to attack. Unfortunately for operators Visimbayev registered that the house is surrounded. Dmitry Elizarov enters the narrow door first, protecting himself and his colleagues behind him with a ballistic shield. Behind him, operator Alexander Lyyalkin enters and turns right into the room. Alexander Kolbanov enters the third and the last, as the so-called zamykajuščij, major Danilin. Visimbayev did not shoot at the first operator, because he knew that this was protected by a shield, but fired a shot from the cover from an automatic pistol Steckin after the last one. Most of the projectiles fly harmlessly a few inches from the heads of the intervention team, but three fully hit Danilin. Two projectiles are captured by his bulletproof vest, but the third penetrates the gap between the ceramic plates and penetrates the heart. Danilin still had so much strength that he was able to stagger out of the room and tell the boys outside that he was wounded. He immediately fainted. Despite first aid, a brave officer dies during his transfer to the hospital.

In the meantime, there was a short but even more ruthless fight in the room. After Abu Bakar fires at and hits Major Danilin, he himself is hit by a batch of another commando member. Nevertheless, he still manages to shoot and hits the member in the leg. When other operators broke into the room where the dying Visimbayev was hiding, they noticed him crawling to two belts of explosives. A short dose and Abu Bakar Visimbayev was recommended where he sent his disciples. At the same time, Anzor was detained and immediately transported to the base in Chankal.

Yuri Nikolayevich Danilin was buried in Moscow at the Nikola-Archangel Cemetery on Easter Sunday. It will remain a sad paradox that the funeral mass at the funeral was served by Father Alexander, the same pop who also served the service before the departure of the section to Chechnya. Major Danilin was the fifth member of Alfa to die during the so-called Second Chechen Campaign. A total of fifteen members of this anti-terrorist group have died in special operations so far.

In addition to this award, Major Danilin was awarded the Council of Heroes during his lifetime, the Medal of Merit before the 2nd Degree Homeland with Swords, the Suvorov Medal, the Medal for Participation in a Counter-Revolutionary Operation and other state awards. 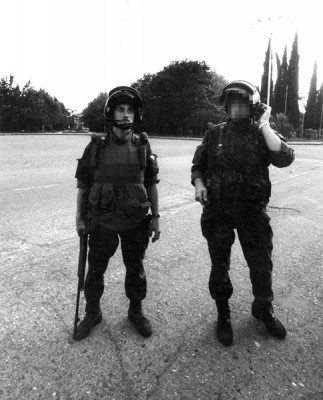 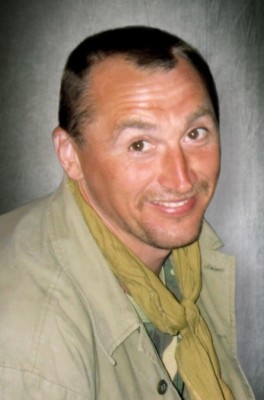 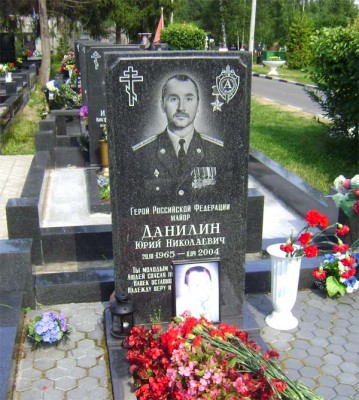 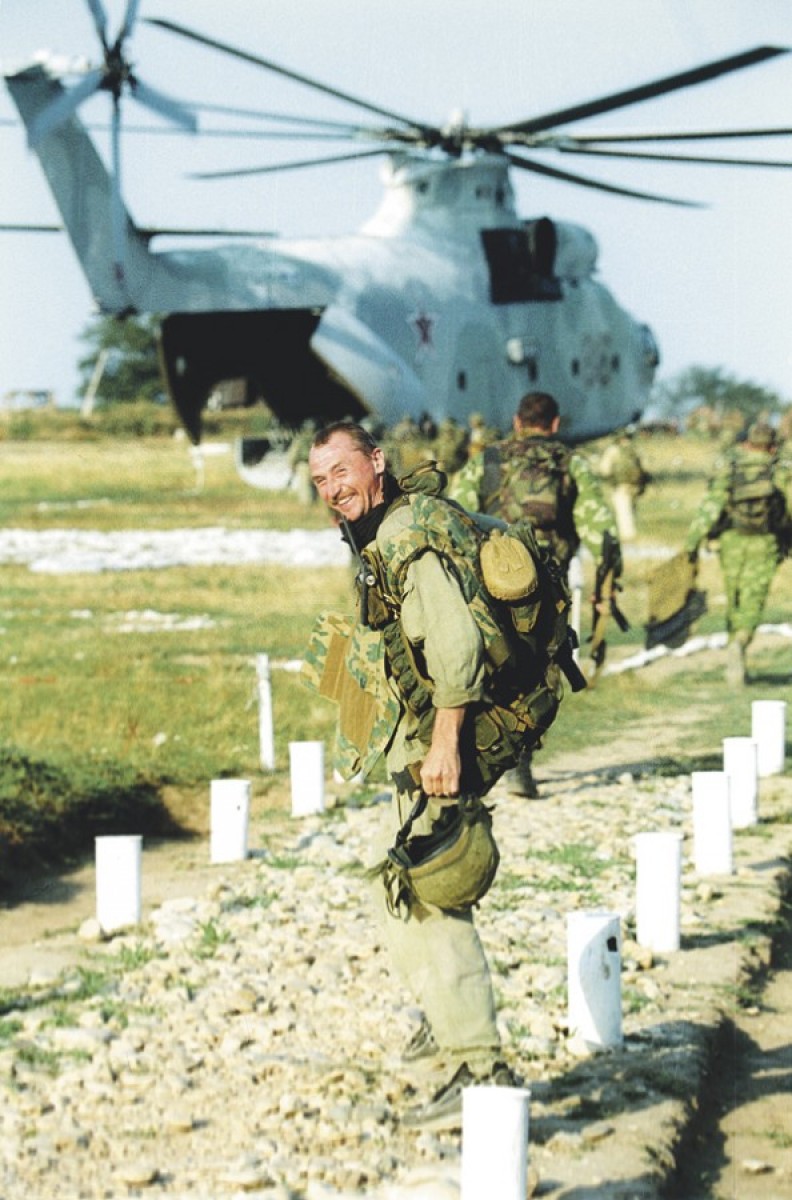