John Peel was born on 17. October 1911 in Boscombe in Dorset. In September 1930 he entered the Academy of RAF Cranwell, the study finished in July 1932, and then was sent to the 19. squadron. In 1934, he worked at 801. squadron the FAA, then he was sent to the 601. squadron as a instructor. In the years 1935 - 37 he worked in the academy in Cranwell, then again returned to šestsetjedničce. When the war broke out, he served in the Ministry of aviation.


In July 1940 he was appointed commander of the 145. squadron, which intervened in the Battle of Britain. The first victory earned the seventh (i.e. three days before the official start of the Battle), when he participated in the shooting down of a reconnaissance 17 P from 2.(F)/123.
The eleventh shot down one Bf 110 his Hurricane Mk.And P3400, however, was damaged by defensive fire and Peel him he had to leave on a parachute. For the first time, tasted the water of the channel of La Manche, from which he after a while pulled the lifeboat sent from Selsey.


Already the following day he was again in the fight and participated in the probable kill of a Ju 88 and damaging three Bf 110. The nineteenth participated in the downing of another 17 P, this time from the 4.(F)/123. July closed devětadvacátého 20 miles south of Worthing, a shared victory over a Ju 88 from 7/KG 4.


The largest success then reached 8. August. The germans that day in several waves attacked the convoy CW9 (codenamed Peewit), which moved in the vicinity of the isle of Wight. Peelova unit built the first wave of about nine o'clock in the morning. This accounted for the dive bombers Ju 87 B from the II./StG 1, which provide the escort Bf 109 E from I to./JG 27. Broke out of mel, in which the squadron lost two pilots, but claimed 2-9-5 victory. Peel notched one Stuku downed and one stodevítku damaged. The second time, the pilots of the unit with the Luftwaffe clashed over a convoy of around one hour and claimed without losses of their own 2-2-0 victory. Peel was again successful until the third flight that day. Approximately at a quarter to four in the afternoon ran into another formation of Stuk, which were this time from the II./StG 77 and escort them provide stodevítky from the II./JG 27. The pilots stočtyřicetpětky this time did even better than in the morning and claimed 6-2-4 victory, for which they paid with the loss of three fighters. Peel this time to the waves of the Channel sent one Messerschmitt and one Stuku damaged.
Day of the fight were 8. August really hard, the RAF lost 17 and the Luftwaffe on 26 aircraft. Even worse, however, hit a convoy CW9, seven ships were sunk, six seriously damaged, and only four of the leaked interference. The british moreover, from the intensity of the air battles have concluded, that the Germans launched their offensive against Great Britain (that in fact started up to 13.8.).


But 11. August didn't go for the Peel very well, his Hurricane was in the battle damaged and he had to make an emergency landing on the isle of Wight. At that time the squadron ever experienced a bad period, when during the four days lost five pilots. The fourteenth was therefore withdrawn to rest, where the Peel learned that he was awarded the DFC.


Peel unit left 16. September 1940, and became commander of the airport Hunsdon. In November, however, the squadron returned and stood at its head until January 1941, when it began to rearm Spitfire.


As the commander of the Kenley wing, however, also a second time to try the taste of the water in the canal La Manche.
Day 9. July 1941, the wing participated in the operation of the Circus Well.41, which was directed against the power station at Mazingarbe. On the way to the goal at the formation of the RAF attacked fighters from the JG 2 and 26. The battle raged, after which the fighters of the RAF claimed 11-4-8 victory. Of units Hurricanů was successful only třistadvanáctka, which claim 2-1-1 victory, but lost Hurricane Mk.IIB Z3023, whose pilot F/Sgt John Carpenter fell into captivity. The RAF lost a further seven aircraft and one of them flew right W/Cdr Peel. The Pilot had to again use a parachute, but from the water it luckily fished out the British. The germans lost two fighters.


Peel remained at the head of a wing in August 1941, when he became a sector commander and a wing commander in the Debdenu and at the same time he learned of the award DSO. In actions, however, already very much did not intervene.


In 1943 he was promoted to the rank of Group Captain and became deputy director for operations of fighters of the Ministry of aviation. After the war he returned to the academy in Cranwell, from the RAF he retired in 1948. After farming in various places in Britain and started to paint. Since the eighties he lived in Hampshire and has just painted. He died in January 2004. 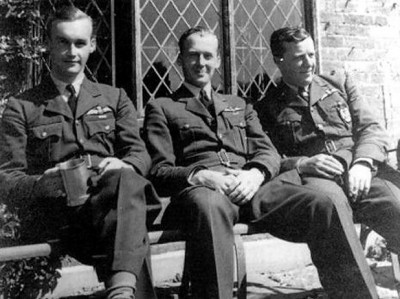 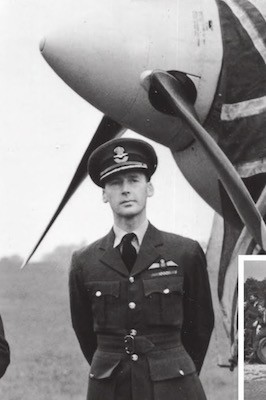 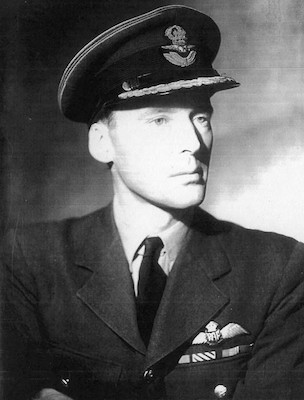