According to Russian secret services, Abu Bakar Visimbayev was born in 1977, probably in the village of Dysne-Vedeno in the Chechen Vedic Region. He was nicknamed the One-Eyed One because he lost his right eye in an accident at home. Among the comrades, however, he allegedly liked to brag that he lost his eye in the fight with the Russians. More details about his childhood are not known.

In 1996 (other sources cite 1998-99), Visimbayev completed a diversion course led by Khattabah in one of his camps under Seržen-Jurtom ( Сержень-Юрт). Here he also learned Arabic, which set him apart from other courses. And it was from Arab instructors that he took over simple but effective methods of fighting with the help of suicide bombers, the so-called living bombs.

After completing the course, Visimbayev participated with the Khattab attack on Dagestan in 1999; then he carried out terrorist attacks in the Vedensk and Shelkov district of Chechnya as well as in Grozny. In 2001, he was a confidant Shamil Basayev and was also one of his bodyguards. A year later, he led a group of about ten members in the unit of Field Commander Rizvan Bakagayev () Ризвана Бачагаева).

Recently, Visimbayev has devoted himself almost exclusively to recruitment and psychological training, respectively. brainwashing, candidates for so-called black widows. These explosive-wrapped women used Chechen terrorists as living bombs in several terrorist attacks, respectively. when trying for them. Rustam Ganiev ([a:aaaaaa] Рустам Ганиев) and Danilchan Elichajiev ( Данилхан Элихаджиев [obi] ažaa 2003). Not to be overlooked in this group is Rustam Ganiev. Not because Visimbayev married his sister, but because he brought two of his sisters, Fatima and Milan, as black widows. Both took part in the infamous terrorist attack on the Moscow Theater Center in Dubrovnik, where they were also killed by special units of the Russian Federal Security Service. After this, Ganiev brought another of his sisters, Rajsa, among the candidates for death.

Visulbayev's best-known disciples, in addition to the Ganiev sisters, include Zulichan Elichajiev ( Зулихан Элихаджиева] ] Крылья любви). Another black widow from Visimbayev's workshop was Zarema Manachoyev ( Зарема Мужахоева), who tried to transfer explosives to the Moncaffé restaurant in Moscow. She was sentenced by a Moscow court to twenty years in prison.

Visimbayev was killed during a special unit operation A (Alfa) and V (Vympel), in which a member of Alfa also suffered a fatal injury JNDanilin. 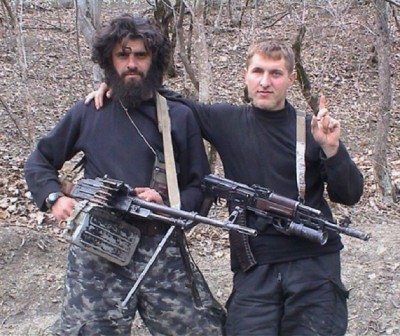 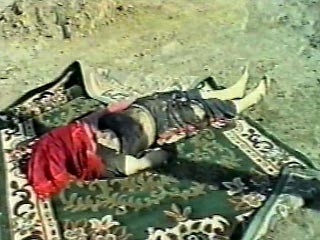