This Tankomaster 4/2001 (Танкомастер N4 2001) bolo označenie KV-6 designed pre the first prototype of the project KV-7 (KV-7 model as Well.).
URL : https://www.valka.cz/SOV-KV-6-Objekt-226-t55759#203898Version : 0
buko1 MOD 15 years ago
In the literature, speculated, if these plamenometných KV, which is referred to as the KV-6 was a few, or just the prototype. Managed to find me a photo perhaps five such tanks. Then when it comes to this particular sign. I don't know if it is not just about a small series of modified standard KV1 (?)
Some machines have the flamethrower blinded and they were about as standard tanks and a flamethrower should demontovanej or should probably just prepare for the installation of the fire, but two him evidently have installed.

A different type of rental has the KV-6, which I call "early version"(white). For this implementation would be more logical all round with žebírkama. Unfortunately, those photos of so poor quality that it is sick to see. On has this type of an older tower and any other type of additional armor from the side of the hull under the tower (the others are from each side of the two plates always between nosníkama and this one has one of the wider plate exactly to the length of the rim of the tower with vykousnutím for the beam).

I'll be glad for other specific information on this type or treatment.

Sources :
Article compiled and sent my colleague M.Petřík. Fine-tuned and the final formation after long discussions and study of the literature about the type of KV 1
- publications from the Pelty, Army
The Internet (E-Bay, beutepanzer, axisforum and other fora). 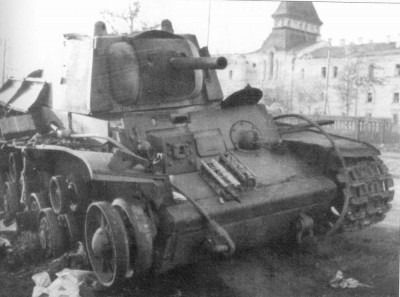 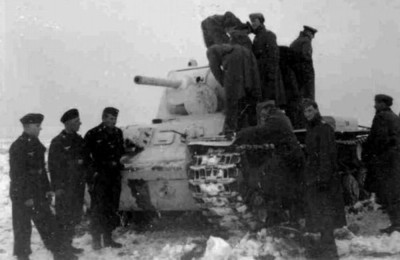 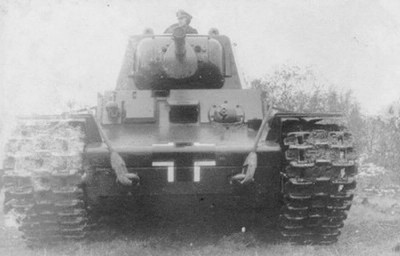 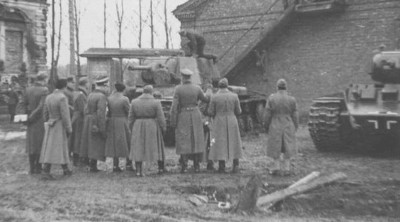 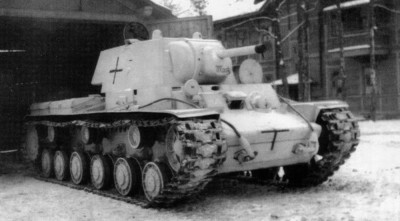 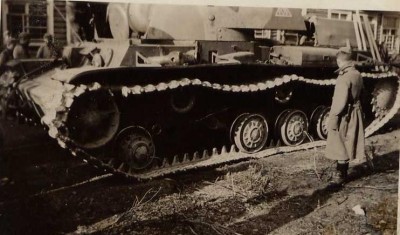 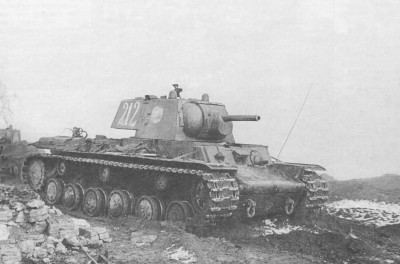