URL CZ: https://www.valka.cz/SOV-T-150-projekt-a-prototyp-t57887#650677Verze : 4
URL EN: https://www.armedconflicts.com/T-150-project-and-prototype-t57887#650677Version : 0
Jiří Tintěra MOD a month ago
T-150
It is a modified KV-1with a 76mm F-32 cannon. He had an increased thick frontal armor to 90 mm ( KV-1had 75 mm), modifications to the tower (command tower) and a few other minor modifications. The project was created before the attack on the USSR on the basis of a regulation of the Union of National Commissioners of the USSR and the Central Committee, which discussed the new specifications of the KV heavy tank.
The regulation specified the production of prototypes with increased armor thickness and gradually the replacement of cannon armament. Together with the T-150, the development and construction of a competing prototype KV-220took place. The machine weighed 50 tons and was powered by a modified V-2 engine with increased power to 700 horsepower. The prototype was ready for testing in 1/1941. In the tests, which took place between 15.1 - 14.2.1941, the prototype ran 199 km, which showed overheating of the engine and oil. The prototype was therefore sent for editing to factory No. 75 in Kharkov. Plans for mass production of this version included that the machine would bear the designation KV-3. But the situation has developed differently. After receiving new information about the planned new German tanks and the inclusion of captured French tanks Char B-1(with a strong 60mm armor) in the Panzerwaffe states, new specifications for heavy tanks were created and therefore serial production of tanks in the form of a prototype T-150 did not proceed.

Earlier information claimed that the T-150 prototype, together with other KV prototypes, had been sent to Chelyabinsk, but there were no documents available to confirm this. On the contrary, there are documents that the prototype was assigned to a unit defending Leningrad. The prototype T-150 was 11.10.1941 assigned to the 123rd Tank Brigade. As part of it, he took part in several combat operations and was later most likely destroyed, respectively. his next fate is unknown.

Notes:
Some sources mention that two prototypes of the T-150 machine were made, the other allegedly could even have an extended chassis. The T-150 often also appears under the designation Object 222. 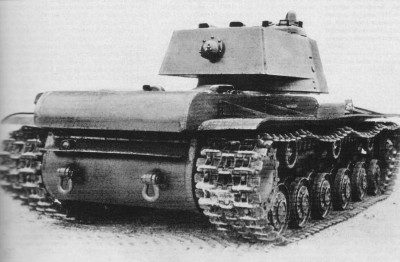 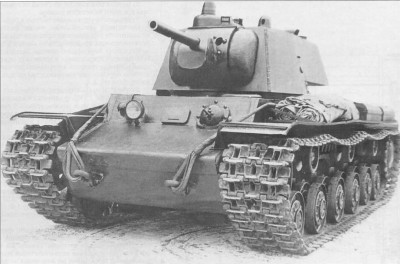 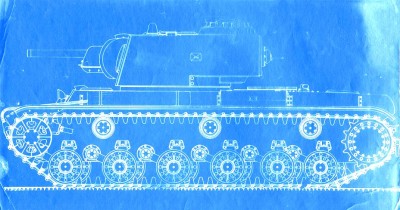