URL : https://www.valka.cz/Loewenhardt-Erich-t58517#465164Version : 0
Gebirgsjäger MOD 9 years ago
URL : https://www.valka.cz/Loewenhardt-Erich-t58517#663970Version : 0
Jirka Cooper MOD 6 months ago
He was the third most successful pilot of the Imperial air force, but unlike the other big pilots, it is very little about him known. Nedochovali with no memories, letters or diaries. Did not give interview to any newspaper and it wasn't about him written no biographical book. In comparison with Richthofenem or Udet, with him there is little of pictures and photos of his aircraft even less.
Born in a family doctor. He chose a military career and vtoupil the cadet school in Berlin Lichterfelde. From there he was sent to Infanterieregimentu 141. At the beginning of the first world war, this unit was reassigned to the eastern front.

2. October 1914 was Loewenhardt promoted to the rank of lieutenant. At the end of October he was severely wounded and until January, 1915, he was in the hospital. Then again returned to the front. In the Carpathians saved Loewenhardt five wounded German soldiers; for this action he received the Iron cross 2. class.

Löwenhardt was assigned to the Deutsche Alpenkorps, and then at his own request in October 1915 to the air force. After passing the training and initial flying as an observer in the acquired at the beginning of 1916 pilot certificate and was transferred to Fliegerabteilung in the artillery. In march 1917 he was transferred to Jagdstaffel 10, belonging to Richthofenově squadron.
18. October 1917 he shot down on his Pfalz D.III behind the German trenches Bristol F2B (pilot lieutenant B.B. Perry, the observer lieutenant Bartlett) from the canadian 22. the squadron, the crew managed to land, but because of the warning shots were fired the other pilots Jasty 10 they failed to ignite the machine (the same tactic was used on both sides, when in case of an emergency landing behind enemy lines, it was the duty of the pilots to ignite his machine, so he couldn't fall into enemy hands). Lieutenant Perry noted his meeting with the lieutenant Löwenhardtem, which was Perry's plane, his kill no.7.
Both airmen were being held in the Belgian chateau, here met their conqueror lieutenant Löwenhardtem and Hans Klein. The German handed Perry his hand and in English said to him:

"I'm lieutenant Löwenhardt, I shoot you down."

Perry refused to shake, to which Löwenhardt replied:

"I won't shake hands with someone who shoot at me, right after he sent me to the ground.", replied Perry.

"I didn't intend to shoot you", said Löwenhardt, "I just didn't want to set fire to your plane."

"So with me already shake hands? You know," continued (sad) "for you the war is over, I have to go and fly until maybe one day someone won't shoot down."

Perry already with his conqueror hands shook and later these pilots recalled as follows:

"Löwenhardt was short in stature, black-haired, and had sparkling brown eyes. He spoke seriously, but he had still a boyish eagerness. I couldn't stop thinking about how young he looked. His clothing seemed that it was on someone bigger than he is.
Klein ... he was blue-eyed, blond little rough around the edges, but both were unusually courteous and friendly."

On the way back to the airport Jasty 10 Löwenhardt noted that his Pfalz was during the dogfight with Perry Bristol times so close that they almost hit.
Perry for this interview recalled as follows:

"I Remember that he emphasized how it must be a pilot when air combat observant, so he didn't run into friend or foe, also mentioned Boelckeho incident, when his plane collided with another of his squadron, Boelcke was still the model of all the German airmen, how special that Löwenhardt died under the same conditions, he wanted to avoid."

After returning to the Jastě 10 Löwenhardt noted that Perry suffered from delusions (suffered a concussion).

"Loewenhardt was extremely caring and was attentive as a nurse, suggested I lie down."

He showed the pilots their rooms, and Perry took his bed. Next to the walks, they were offered a tour of the airport and Perry was allowed to climb into the cockpit of the Pfalz. The british airmen have been offered very good food in the kitchen Jasty 10, before they were taken by car to a prison camp.

"Löwenhardt went with us to the car and said that shed over our lines a message about our fate. Again with us, shook hands, last time I looked at him and told him that I hope that the war in the healthy will survive. I really mean it. He convinced me that he is a real gentleman, a good sportsman and an admirable opponent. I had to like him. I was really unhappy, when I after a couple of months later I learned of his death."

By the end of march 1918, he shot down 15 enemy aircraft. In early April 1918 was Loewenhardt appointed commander of one of the sections Jasty 10. During a short period of time followed by a lot of winning fights. At the end of July, 1918, I Loewenhardt flying the new Fokker D.VII and the number of his victories has increased to 47. In the meantime, he was deputy commander of the squadron. 31. may 1918 was awarded the order Pour le Mérite. The last victory achieved sestřelem british aircraft 10. August 1918 in the city of Chaulnes. Erich Loewenhardt was one of three German pilots with more than 50 kills "to his credit".

In aerial combat with 56. squadrons of the Royal Air Force Loewenhardtův machine collided with the aircraft of Alfred Wenz of Jasty 11. Both pilots managed to jump out, but Loewenhardtův parachute didn't open. Loewenhardt so survived, Wenz yes. 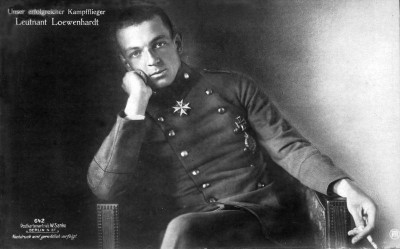 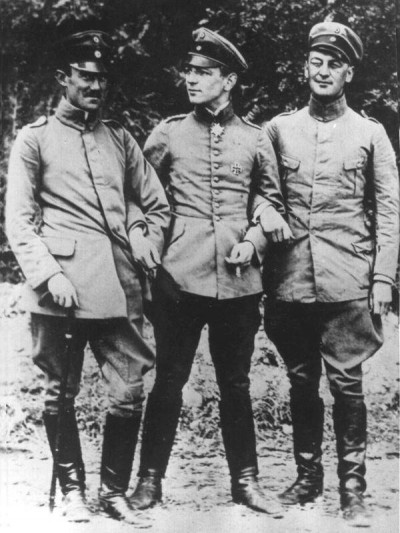 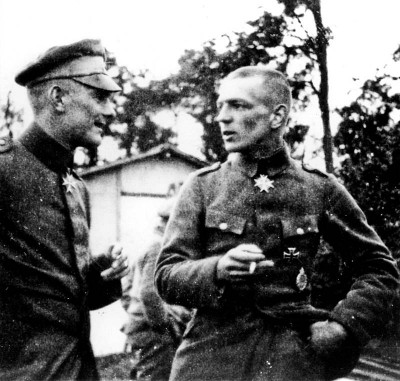 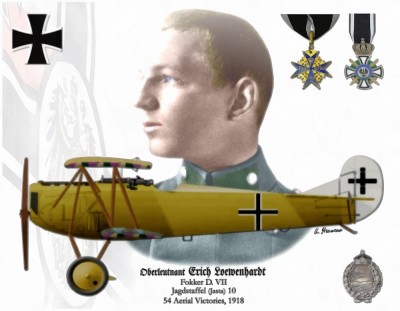 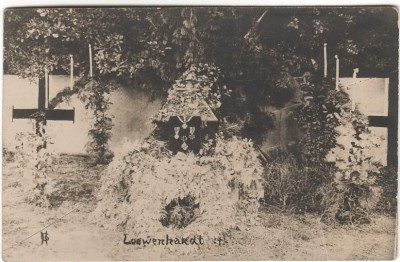 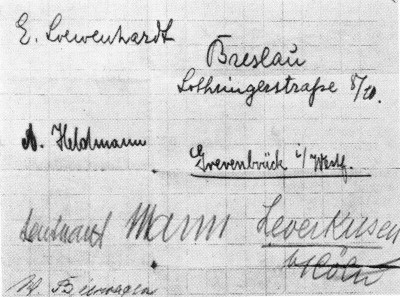