This czechoslovakian passive seeker was developed mainly on the basis of patents, doc. ing. Vlastimil Pecha Csc., who first managed to lead the technique of detection of targets using časoměrně hyperbolic methods, the system of today referred to in English TDOA (time difference of arrival - time difference of arrival/capture (of signals)), to such perfection, that it was possible to aim the monitor accurately and display it in real time. Its development started on the basis of the need to cope with the deployment of us missiles TM-61(also mark. MGM-1) Matador in GERMANY. Initially was investigated the possibility of their interference. Then what In. Bummer to draw attention to the unreality of this jammer, began with the development of the searchers, who would be able to determine the position of the control radars. The paradox is that developed by the researcher was eventually more in other areas than this.

Research work began in march 1961. The trial operation of the prototype continued in the summer of 1961. The year 1962-63 conducted business testing the first units produced. In them the crew while testing the equipment somewhat unexpectedly managed to find out the location of the top secret base of the first anti-aircraft missiles on the territory of the former CZECHOSLOVAKIA. In 1966 he was introduced to the armament OF.

System to allow the watch manually 6 goals (this value is, due to the system evaluation of the information from searchers, rather theoretical). He worked in the bands S,L, and X. The kit consisted of a middle and two lateral habitats (calibration and evaluation of the habitat. The evaluation part was still elektronková, the first transistors began to be used at the following type of KRTP-81 Ramona). Habitat was associated radioreléovými stations MT-11 (originally used by CZECHOSLOVAK television). When the findings of the objectives of the medium-sized unit has been reported the frequency of the target side of the grid and according to the surveyed values was in the operating unit manually determined by the location of the target. Checkpoint was operated on vehicles Praga V3S. 1 vehicle for each side post and 2 vehicles for central (central station + the evaluation of the habitat), the together 4 of the vehicle.

It was used in 1979, and his successor became the system KRTP-81 Ramona, which was fully automated. Followed systems KRTP-86 Tamara and Vera 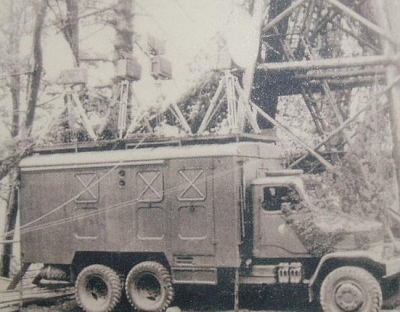 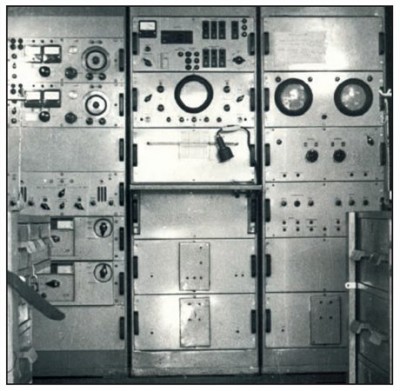