Anton Lipošćak was born on November 9, 1863 in Székely-Udvarhely (now Odorheiu Secuiesc in Romania) in the family of an officer. Rovanko, as his father, decided on a career as a professional officer and received a full military education. Other future well-known military commanders of the First World War, such as Klaudius Czibulka, Alfred Krauss and Kasimir von Lütgendorf (graduates in 1883), studied with him at the Theresian Military Academy in Wiener Neustadt. In 1905, in the rank of colonel, he became chief of staff of the XV. Army Corps in Sarajevo. In 1910 he was promoted to the rank of major general and in January 1911 he took command of the 72nd Infantry Brigade in Zagreb. In October 1913 he was entrusted with the command of the 2nd Infantry Division in Jaroslaw and in May 1914 he was promoted to the rank of lieutenant general.


After the outbreak of the First World War, the 2nd Infantry Division joined the X. Army Corps at the front in Galicia against Russia. In January 1915, the 2nd Infantry Division operated on the Carpathian Front and its headquarters was located in Medzilaborce. In February 1915, the division headquarters moved to the village of Radvaň nad Laborcom, where Anton Lipošćak returned after a short medical leave. In June 1915 he took command of the 42nd Infantry Division of Honvéda and led it until February 1916 at the front in Bukovina and then from March to June 1917 at the front in Galicia. In July 1917 he was promoted to infantry general and commanded the battle group "Lipošćak", which was in October 1917 reformed to IX. army corps. In this commanding position he remained on the front in Bukovina until February 1918 and subsequently became the military governor of Poland.


After the end of the First World War, he returned to Croatia, where his family originally came from. In the newly created Kingdom, the SHS fell victim to political persecution by representatives of the Belgrade government. He was accused of organizing an illegal monarchist movement and arrested. However, the trial did not take place and Anton Lipošćak was released from custody. His case was used to persecute those representatives of Croatian socio-political life who opposed their country's accession to Serbia. As a result, he moved from Croatia and settled in Vienna, where he died shortly thereafter in July 1924. 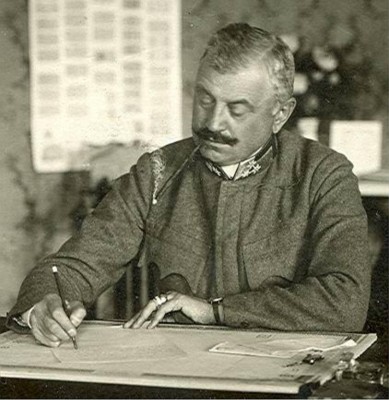