The u.s. navy monitors the information on the German protilodních weapons, as was Hs 293 and expressed a wish to own the equivalent of. In the year 1944, therefore, the company McDonnell won a contract to antiship do a sliding bomb, named Gargoyle. The proposal was completed in march 1944 and was commissioned the production of five prototypes and 395 production units for testing. This simple weapon should 454kg warhead (tříštivou GP M65, or disruptive to SAP M59), the butterfly tail surfaces and in the rear of the auxiliary rocket engine on solid fuel. Should be discharged from the cabin of the aircraft, from a height of around 4,500 m, and should be able to reach around eight kilometers.

The drain speed was 320 km/h, which was necessary due to the fact that its small wings created enough buoyancy. After odhozu should run an auxiliary rocket engine, which helped her get střemhlavou speed of up to 960 km/h. Although it was not a true guided missile, could be years corrected using a visual tracking (on the stern were placed flares) and radio commands. It was being considered but also on discharges from the surface using auxiliary rocket motors RATO or catapult.

In march 1945 have been started tests of sailing, in July conducted the first powered flight. In October it was changed designation - of the original LBD-1 (is a sliding bomb, a McDonnell, the first version) the KSD-1 (antiship missile, McDonnell). Simplicity, cheap manufacturing and a large efficiency head saved the Gargoyle, before the repeal, instead of has been further renaming (KUD-1) and change the destination to research a means in which to test the components and technology for the new generation of protilodních missiles. Tests KUD-1 were very disappointing, the first successful powered and controlled flight was made in July 1946. After the completion of the pre-ordered copies in mid-1947 was no longer the production restored. Gargoyly was twice again renamed, on the RTV-2 in September 1947 and RTV-N-2 at the beginning of the year 1948, consideration was given to their use as terčových aircraft until it was in December 1950, the program officially ended, and the rest of the pieces ended up in the scrap. 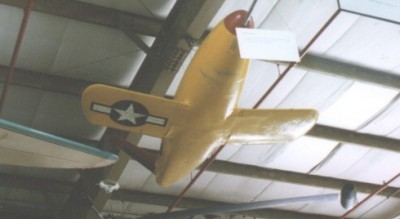 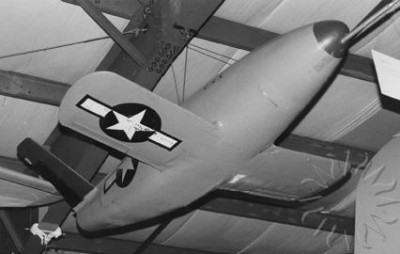