Day 5. August 1914, shortly after the beginning of the first world war, once again restored the Iron cross by the emperor Wilhelm II. The obverse of the cross adorned on the upper shoulder of the prussian royal crown, in the middle of the cross the letter "W" (Wilhelm) and the bottom shoulder of the year recovery - 1914. On the reverse of the cross were placed oak twigs in the shape of a cross and the letters "FW" (Friedrich Wilhelm"). On the bottom the shoulder was placed in the year 1813, and on the upper shoulder of the prussian royal crown. The cross was awarded in two classes and in the form of the grand cross.


In the period of the first world war there has been the second award of the Iron cross on the golden star, the bearer of this distinction wasPaul von Hindenburg which he received in 1918. This honor, according to its bearer (as in the case of von Blüchera ) called Hindenburgstern.

The history of the emergence, development, variants and classes of the Iron cross are listed in the topic:the Iron cross(Eisernes Kreuz)

Iron cross II. the class is composed of the cross and of the dvojbarevné ribbons. It is made of two mutually connected parts.

[b:795a51d57b]Avers:[/b:795a51d57b] the Iron cross has the shape of a black, tlapatého cross with postříbřenou trim and with the arms of the expansion at the ends. Black metal in the middle, the lines around its periphery knurled, plated hem. The span of the shoulders was about 42 mm. In the middle of the cross was placed the letter "W" (Wilhelm) on the upper shoulder of the prussian royal crown and the bottom shoulder of the year recovery - 1914.
[b:795a51d57b]Reverse: [/b:795a51d57b]Has the same shape and appearance as the obverse, just in the middle of the cross were placed oak twigs in the shape of a cross and the letters "FW" (Friedrich Wilhelm"). On the bottom the shoulder was placed, the year of the founding of the Iron cross 1813, and on the upper shoulder of the prussian royal crown.
[b:795a51d57b]Stuha:[/b:795a51d57b] civilians was the Iron cross 1914 II. grade awarded on the white band that had the sides of the black stripes for the soldiers was a ribbon of black with two white belts. During the first world war wore their honors at the Austro-Hungarian army of the Iron cross 1914 II. the class on the black-and-white folded band in the shape of a triangle, as u R-U honors . 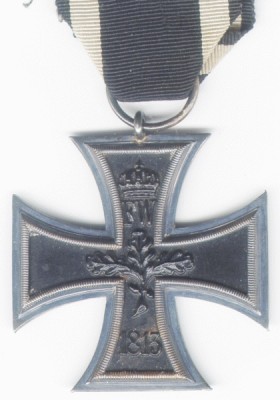 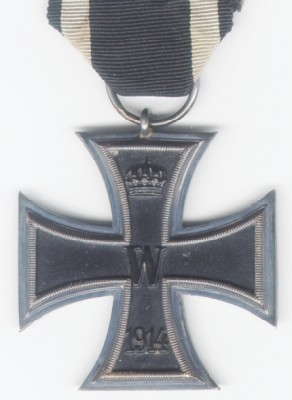 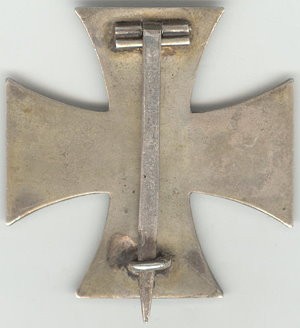 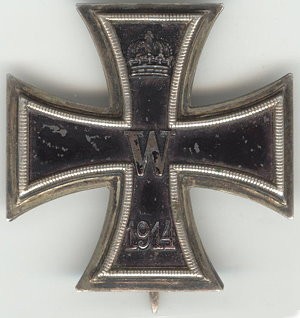 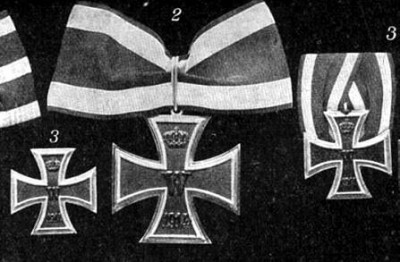 PHOTO : the graphical representation of the form of the Iron cross on a gold star and is the only bearer of this distinction Paul von Hindenburg.

The resources listed in the first post of the topic.
. 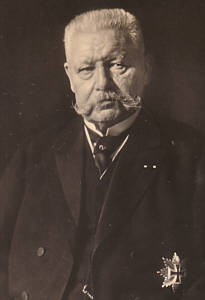 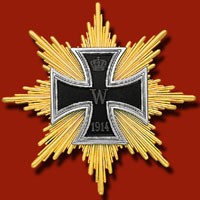 URL : https://www.valka.cz/Zelezny-kriz-t71231#250944Version : 0
Zbycho MOD 14 years ago
Gruelling battle of Verdun,which gave France and Germany more than a million of the lost soldiers was a trauma for the soldiers of both side. The monument to the German soldier, the backup lieutenant Fritz Mullera is this his Iron cross as Well.class 1914(EK I.Kl. 1914) which he was awarded just for the fight on the fortress of Verdun on 8.10 1918. Have had the fortune of war has survived.. 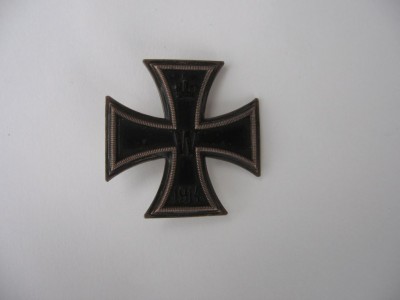 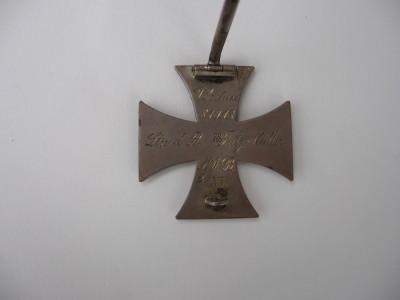 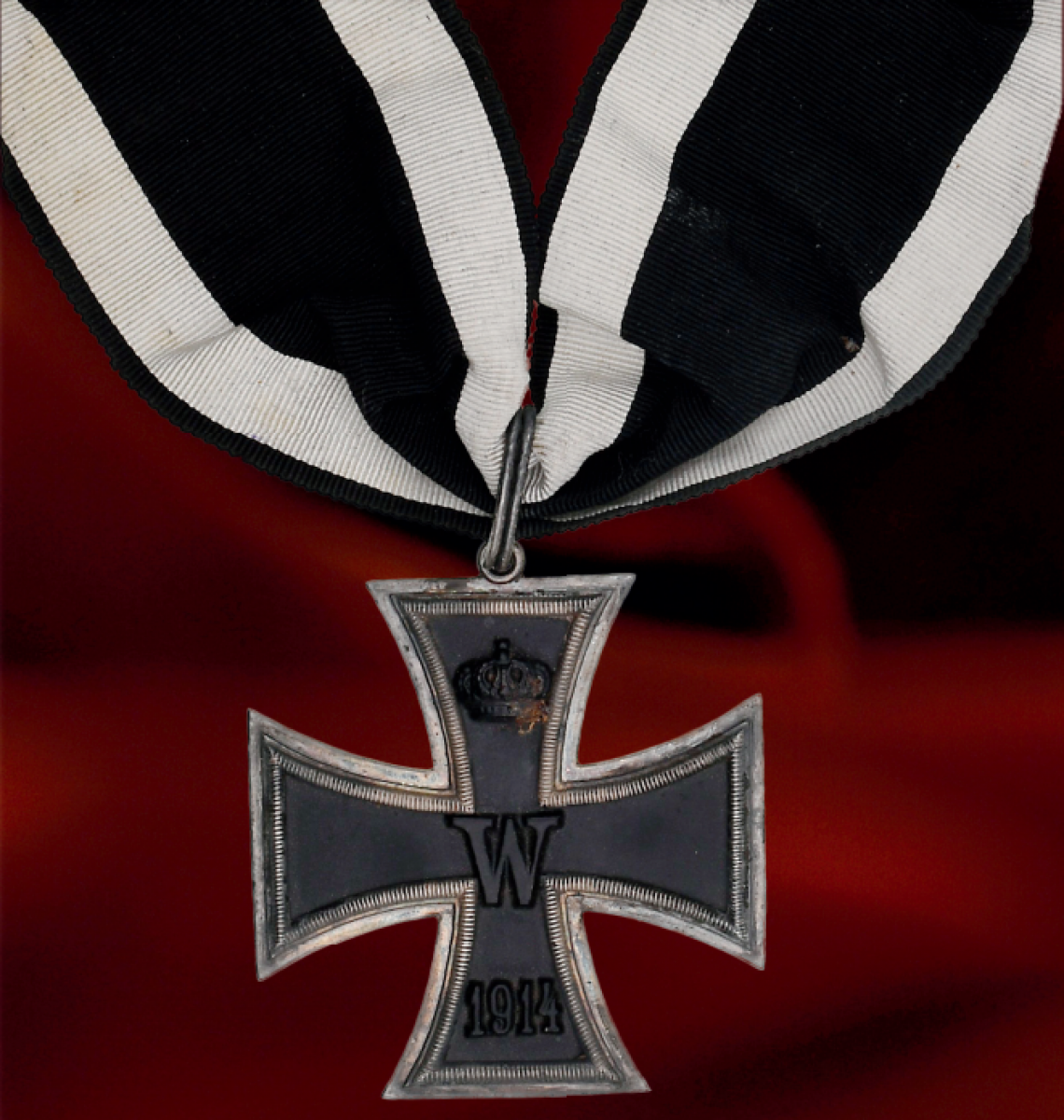 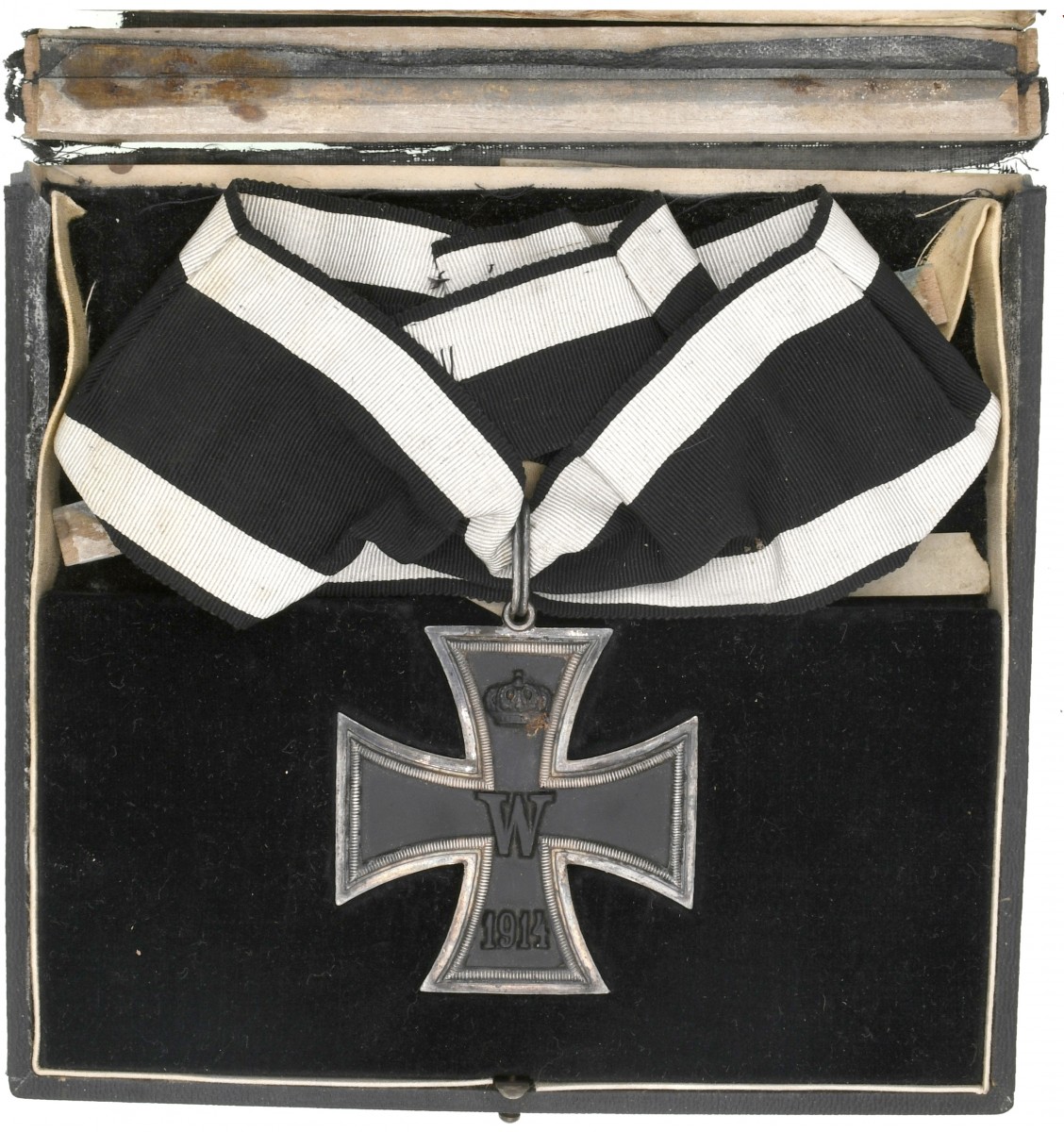 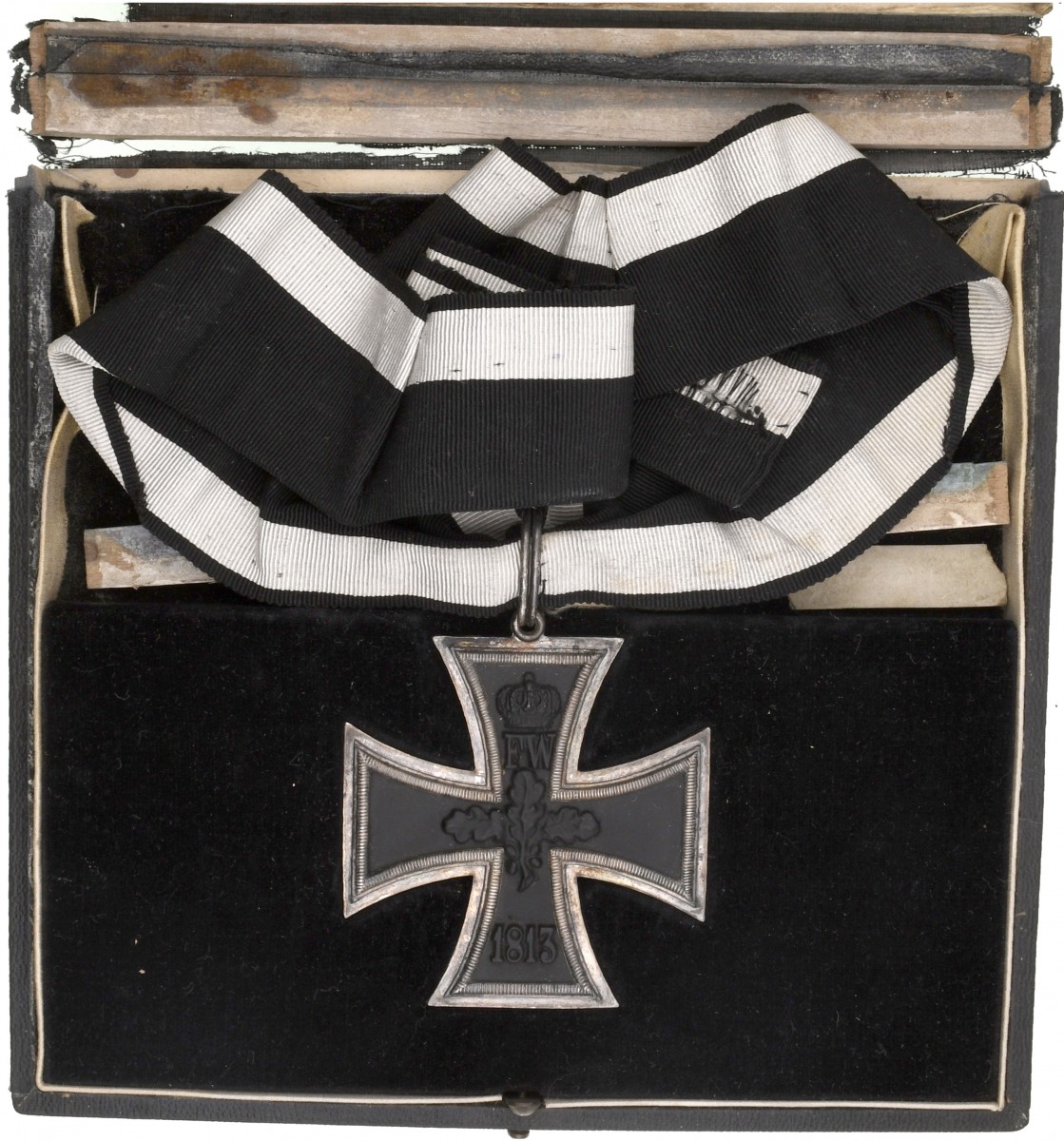