New combat tactics and high losses forced the command of the Czech army to introduce a steel helmet for all units. In addition to the ongoing domestic production of helmets Berndorfer huge quantities of M17 helmets were also ordered from Germany. These deliveries far exceeded domestic production - in 1917 it was 675,000 pieces and in 1918 even 810,000 pieces of helmets. Shape helmet M17 is based on a German helmet M16 from which it differs mainly by a simpler attachment chin guard, which was attached to the loops, firmly riveted to the bell of the helmet. A typical feature of this helmet are distinctive ventilation holes on the sides, which resemble corners in their shape - this gave the helmet the nickname "ratchet". In addition to the ventilation function, they were also used to attach a special frontal armor - Stirnpanzer. The lining of the helmet was leather, on a metal frame attached to the helmet with three threads.

The chinstrap is initially leather, later replaced by canvas. 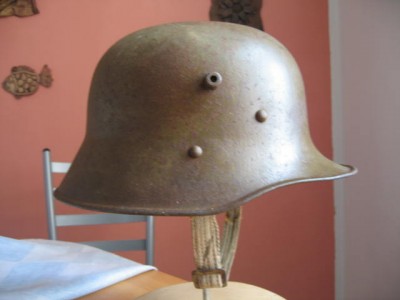 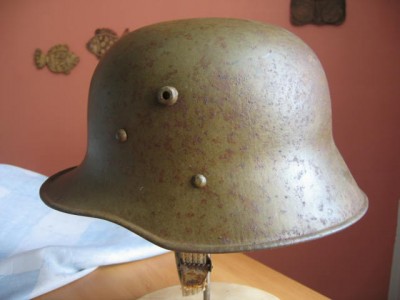 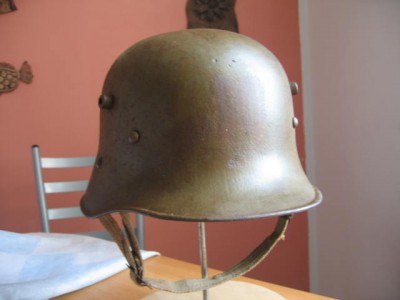 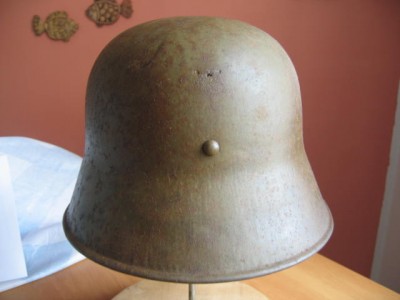 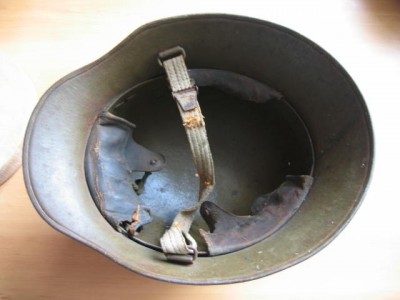