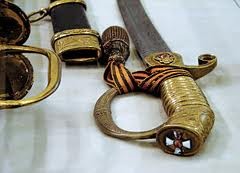 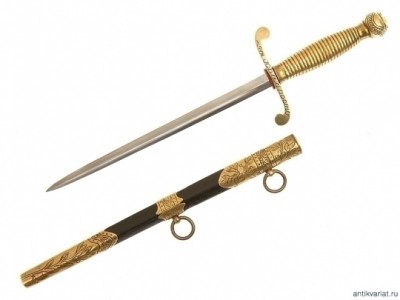 The first soldier that this order received should be the lieutenant colonel of the Russian army, Fiodor Fabricin, a member of the 1. granátnického regiment.Order received on the 8th.December 1769 . He served with distinction in the battles where his unit bounced and chased the Turkish superiority. It happened near the city of Galace ( danube delta) in Romania. This magnificent attack was awarded immediately III. the degree of order of Saint George.

To the first handover procedure IV. instance took place on 3. February 1770. This decorated was a major Fipatkul , a member of the Kargopulského infantry regiment , in the battles shattering the outnumbered Polish insurgents near the town Well.

The order of St. George in his highest 1. the degree was for the whole period of its existence awarded only 25 (dvacetipěti) excellent commanders and so will probably be the most sensible of these soldiers here to remind.


l. the Czarina Catherine II. the founder of the order

2. Field marshal Peter Alexander Count Rumjancev-Zadunajský (1725-1769), which was awarded 27. July 1770 for the ultimate defeat of the Turkish army in the battle of Kagulu.

3. General Petr Ivanovich, count Panin ( 1721-1789) for the victory in the battle of Bendery in 1770 . He participated in the pacification of the rebellion, and the rebellion J. Pugačeva.

6. Field marshal Grigory Alexander prince Potemkin ( 1739-1791) prince Taurský , for the victory in the second war against Turkey in 1778

7. Admiral Vasily Jakovlevič Čičagov (1726-1809), for victory in the naval battle of Viborg in 1790. The battle against the Finns. Čičagov is the only Russian admiral , who received the order of Sv. George 1. degree!

9. Field marshal and generalissimo of the Russian army , Alexander Vasilijevič , count and potomní prince Suvorov-Rymnický , the prince of Italian ( 1729-1800), the legendary commander of the Russian troops . His cross 1. grades received in 1799 for the victory in the battle of Rymniku. Suvorov suppressed the rebellion Pugačeva , fought in the Crimea against the Turks in Kinbornu, Očakova and strength Ismailské , in 1794 he conquered the warsaw bridgehead of Praga, and then conquered the whole of Warsaw, in 1799 undertook a campaign against the French republican army into Italy.

10. Field marshal Michal Ilarionovič Goleničev-Kutuzov prince Smolenský ( 1745-1813) , a legendary warlord in the time of the napoleonic wars. His cross 1. grades received for the victory over Napoleon. He also fought in the uprising against Pugačevovi and further to Crimea with the fortress Šumly , in the battle of Očakova and in 1791 against the Turks in Babadaghu . He was an active participant in the battles at Ulm and Austerlitz in 1805, but his strategic art excel in 1812 in the battle of Smolensk,Borovina and Moscow. Demonstrated strength and determination in the expulsion and persecution of the French troops on the Berezina.

11. General Michal Ondrej ( Michal Bohdanovič) prince Barclay de Tolly ( 1761-1818). 1. the degree of order received for his victory in britain, sweden, and Varvařova in Bohemia on 29.-30. 1813 general Toll , who was originally from the Baltic states, fighting in the Crimea, but also against the Swedes in the battles of Pultuska, the Prussian Eylau, in 1807, near Smolensk, in Torun , Bautzen, Dresden, Königswarty and britain, sweden, and finally at Leipzig.

12. General driving Lewin August Theofil count Benningson ( 1745-1826) . Cross 1. grades received for the conquest of Paris in 1814 . Also, this general fought against the Turks in Očakova , in the Polish war in the years 1793-1794 conquer Derbentu in Persia, had a significant role in the removal of the tsar Paul I., in 1806 he fought at Pultusku , in 1807 the Prussian Jilového and Frydlantu , where, however, he was defeated. Subsequently, in the year 1812 at Borovina ,Trutina and Leipzig . Oblehal Hamburg, who defended Davout.

13. Field marshal Ivan Fedorovich Paskievič , count Erivanský , prince of Warsaw ( 1782-1856) . Received the cross in 1829 for a victorious conclusion to the war with Persia . The prince fought in 1805 at Austerlitz, and afterwards against the Turks, then in 1812 near Smolensk, in Borovina. In the battle of Malojaroslavce and in a fight u Krasnoj , and also at Leipzig and at Paris . In 1828 conquers Jelizevetpol, Yerevan and Erzerum.In 1831, bloodily suppressed the Polish uprising and conquers Warsaw. In 1849 he led the Russian troops into Hungary to suppress the Košútovy insurgente . Prevailed in the battle of Világoše.

15. Field marshal Ivan Ivanovic count Děbič-Zabalkánský (real name Hans Karl Friedrich Anton von Djebitsch – or also Diebitsch und Narden) 1785-1831). Grand cross of the order received in the year 1829 for the victorious conclusion of the Turkish war. He fought at Austerlitz, Frydlantu, Polocka, Lützen , Dresden, britain, sweden, and Leipzig . In 1825 harshly suppressed the uprising of the decembrists , in 1828 fought at Varna, Silistry, Aitosu and Adrianopolu . In 1831, contributed significantly to the suppression of the Polish uprising. 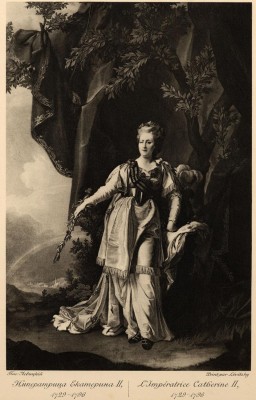 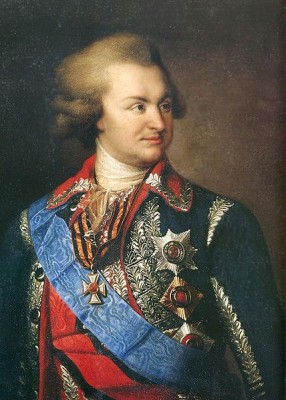 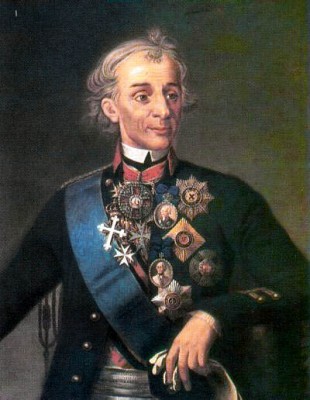 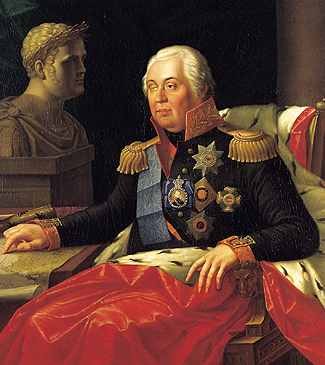 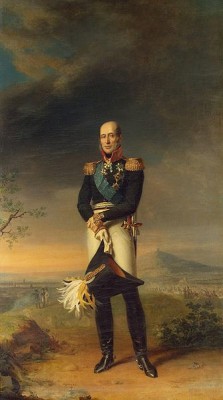 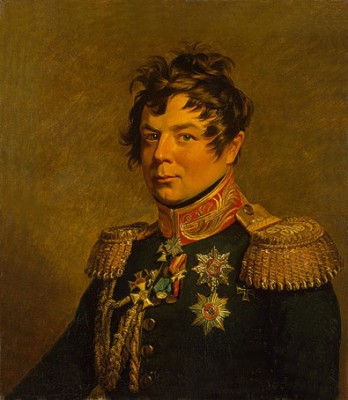 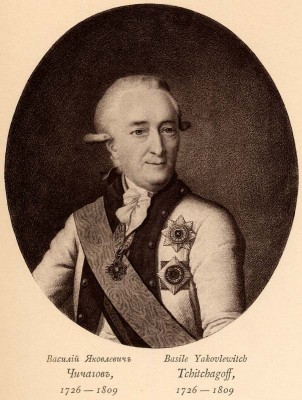 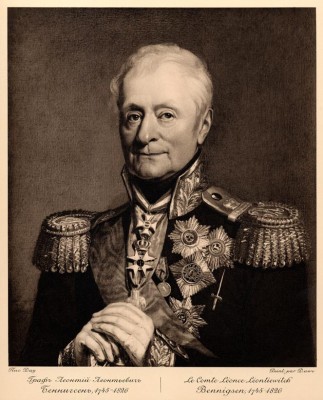 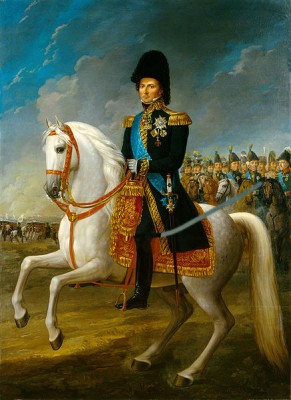 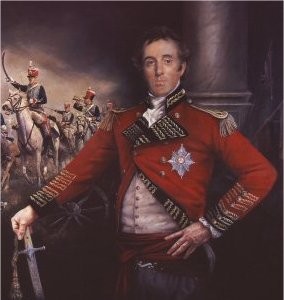 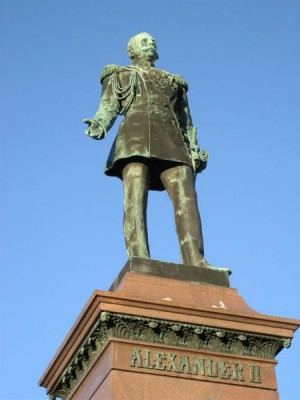 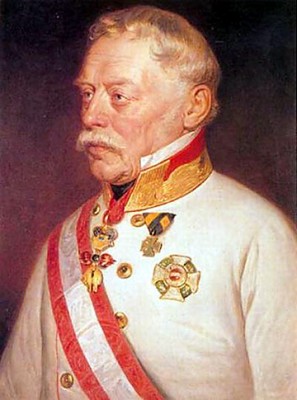 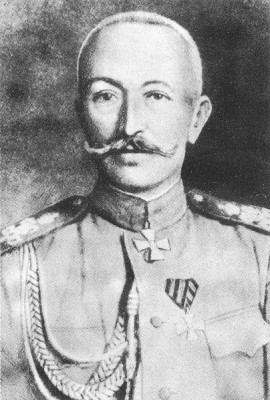