This generally meritorious order was based the japanese emperor Mutsuhito on 3. January 1888. He was designated to deserving soldiers of the imperial army, but also civilian subjects of the emperor. The order could be awarded even to strangers, but always for the merit of the imperial house .

In the imperial edict ( regulation ) lays down :

This order will have eight degrees. Excelling their citizens, soldiers and foreigners, for the merit of the imperial house. Order of the jewel bears the symbol of mirrors and precious stones .

Further, the statutes do I specify the granting of the order for faithful service ( long-service years ). For each rank or staff classification was also determined or ordered in what degree of order can be a soldier or officer decorated. In 1945 she paid this criteria or this regulation :

The state officials included in the II. rank class received the sixth degree of the order for twelve years of service .

State officials inclusion in the III. rank class received the eighth degree of the order for 18. years of service .

The sixth degree of the order was reserved for members of parliament, who worked for eight years in this capacity .

The eighth degree of the order was intended to award the work of teachers, postal officials, members of the police for the period of service of at least twenty years .

This procedure, especially in the lower levels was very often granted by just foreigners in general merit, but also for merit on the field of culture .

Edict no. 232 of 22. may 1919 was made possible by the following procedure to decorate and ladies. It was, however, always honors the extraordinary and designed for noble ladies, wives of politicians, soldiers and senior civil servants, who have shown particular merit of the imperial house. In this case the ladies of the order wore on motýlovité ribbon .

Order jewel contains two of the three imperial symbols ( the precious mirror and precious stones ). According to legend, these jewels were on the ground, directly from the hands of the gods. These gifts are connected with the goddess of the Sun. Mythical legend is difficult but it is possible to study on the website dedicated to the history of Japan .

The symbolic mirror is located at the center point of the decoration, where it is laid on a blue enameled background. It is made of polished silver. The mirror is surrounded by precious stones ( the red red rhinestones, or enamel ). These stones are bonded enamel metal red line. This composition is laid on the middle of the cross.
Each of the four ends of the cross is composed of five rays, which are white enamel .

The reverse side of the order of the crosses is smooth, without enamel, silver. In the middle of the cross are four hieroglyphics with the inscription :
MEDAL OF HONOR

On each of the arms of the cross, we see the little heads of rivets that hold the red enamelled stones from the front side of the order. In some cases, we find ourselves on the lower shoulder brand manufacturers .


The older order of badges from the period 1888 to 1910 is characterized by a delicate jeweler's work. Are carefully processed and, at first glance, it is seen that they are made from a weak silver polished sheet metal and overall, operates the elegant impression of the jewel. Enamel is not pure white, but rather a white color with a yellow tint. On the back side, which is of polished silver is the inscription (hieroglyphs ) made a clear thin line with sharp contours. Architectural decoration of the later production have always been clean, white enamel, and the engraving of the inscription on the back side is made harder. Overall, the procedure operates somewhat kompaktněji, massively. Decoration of the end of the year 1944-45 are the orders made of silver, but his own work is no longer gross, it is not as elegant as we see in old specimens. Overall, according to the submitted individual pieces allowed to roughly determine the year of manufacture .

Procedure Even. the degree has a prescribed dimension of 67 mm and is made from gilded silver. Ribbon is a wide 100 mm, with a 12-stripes, which are located 9 mm from the edge of the ribbons. Velkostuha, which is prescribed for women is wide only 79 mm .
The star of the order in the first class has a size of 76 mm, is curved, made of silver. It's about a star that takes the form of your own order. Even here on the back side we find the header nýtků, which holds its own jewel on a star superimposed (see figure ). In the center of the star is once again the inscription (hieroglyphs ) .

The order in its second stage is formed by only the star of the first degree. This star is worn on the right side of the chest. In the old japanese books or etchings, we find the representation of stars without the white enameling. Currently, however, we already know, such images are fallacious .

The jewel of the order III. the degree has a dimension of 55 mm. The cross is again made of gilded silver, the decoration is worn on a neck ribbon around his neck .

Jewel IV. the degree has a dimension of the cross 46 mm and is again made of gilded silver. On a triangular ribbon is a small rozetka .

His cross In. degree again has the dimension of 46 mm, is made from gilded silver, but the protruding beams of the cross and the back side is already celostříbrná .

Decoration of the sixth degree has a dimension of 40 mm and is made of silver. (some specimens, however, are gilded )

Decoration of the seventh grade has a dimension of 37 mm. The spokes are plated, mirror polished silver .

The decoration of the eighth grade is very similar to the degree of the seventh, the mirror is of polished silver, the center of the decoration is slightly zlacen .


Ribbon for the order of III. the degree is a wide 37 mm and the gem is worn as a neck decoration .
Decoration IV. - VIII. grade is worn on the triangular ribbon on the chest .

The first inaccurate translations are discovering in English and the order is here called by other names ( the Order of the golden mirror, and precious stones ). The last degree of even as a gold or silver medal .

In our european conditions among the most famous bearers of the order of the japanese soldier, admiral Isoroku Yamamoto ( 1884 – 1943 ). As a young soldier participated in the famous naval battle of Tsushima in 1905. The admiral later studied in the united states, where in 1925 -1927, he served as a military attaché.

He was an excellent naval strategist, concerned about the development of the maritime board of the air force and the modernisation of the fleet. Yamamoto is among the officers who have worked out a plan of attack to Pearl-Harbor in 1941 .

In April 1943 the Americans deciphered the japanese encryption codes, and their knowledge used to punish the admiral. Yamamoto was 18. April 1943 shot down and his plane was killed.

Outside of these few large orders, was the admiral of the carrier of a whole range of Japanese medals, other orders and awards of the Japanese allies .

NOTE :
The japanese emperors derive ( derive ) their divine descent from the goddess Amaterasu. 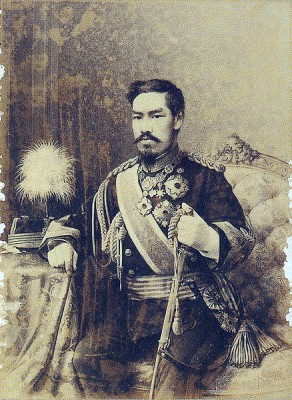 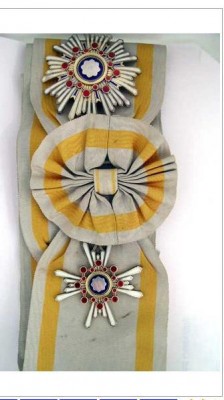 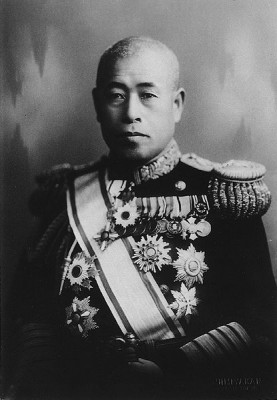 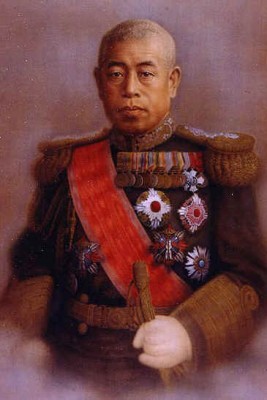 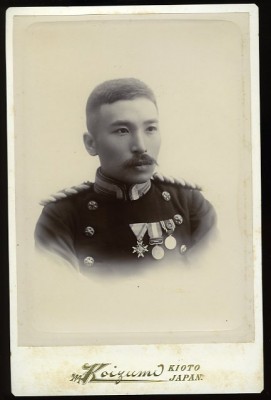 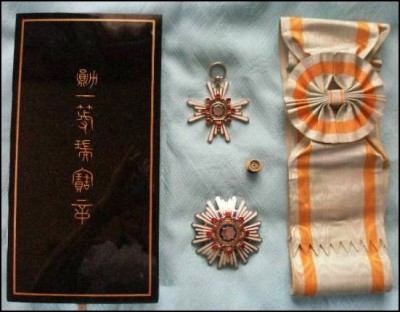 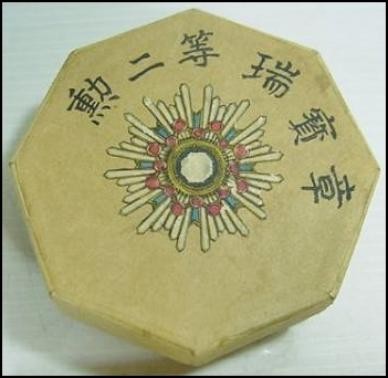 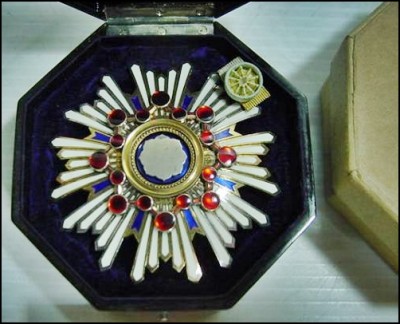 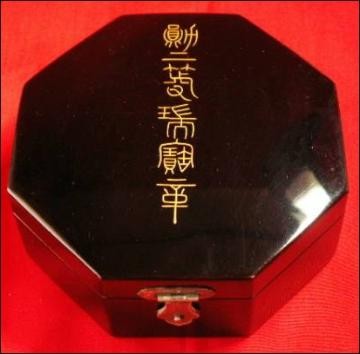 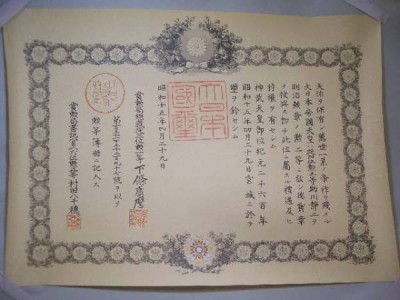