When I first met Lieutenant General František Peřina, in Dejvice at the Czech Technical University, in addition to his dramatic and very interesting experiences, he also told how a gypsy once prophesied from his hand during the war. She promised him then that she would survive the war and make it to eighty-two.

On April 8 this year, however, he famously exceeded this prophecy by the thirteenth year. Unfortunately, a few days later, we were struck like lightning from clear skies by the news that Mrs. Anička Peřinová, the general's lifelong love, had left this world forever. It was a heavy loss, and it was more or less clear to all of us what would follow. As they lived faithfully together all their lives, so they departed for eternity. General František Peřina left for his Anička two weeks later, on May 6, 2006, shortly before 10 am ...

I've already written a few lines about Mr. Perin. Finally, you can find them on this site. Nevertheless, I would like to repeat his biographical data ...

He was born in 1911 in Morkůvky near Břeclav. As a trained lathe operator, he volunteered for the Air Force and in the years 1929-1931 he graduated from the School for the Professional Youth of the Air Force at the Military Aviation School in Prostějov. After service at 5. observation squadrons 2. Air Regiment in Olomouc underwent fighter training in Cheb in 1932 to return to Olomouc to 34., later 36. fighter pilots.

Thanks to his aviation talent, Sergeant Peřina was already included in the Czechoslovak national team at the IV. annual international aviation meeting in Zurich. In the competition against much more modern foreign machines (, including the future chief representative of the German Luftwaffe, Messerschmitt Bf 109) did very well and won one 2nd, 3rd and 4th place each. In the autumn of 1937, he won the army air races in Malacky in Malacky air races. At the turn of 1937-1938, he successfully graduated from the school for sergeants in Milovice in the Nymburk region. Until the occupation of the republic, he flew on fighters Avia B-534 at 52. fighter squadrons in Olomouc.

In June 1939 he fled his homeland and crossed Poland to France. Here, at the Chartress Center, he retrained on American fighters Curtiss H-75 and was one of the first twenty Czechoslovak pilots to reach the front.

He was included in the famous squadron of "Storks" - GC I/5 "Les Cicognes", along with several other compatriots, eg Alois Vašátek and Tomáš Vybíral. Here he flew as the number of the commander himself, Captain Jean Accart.

Already in the first two days after the invasion of France, he gained the status of a fighter ace ( The status of a fighter ace gained the pilot, who was confirmed to shoot down at least 5 enemy aircraft, Perina had between 10 and 11 May on his account already 7!). Gradually, he achieved a total of 12 certain and 2 probable victories ( two dive bombers Ju 87, which crashed beyond the French-Belgian border and therefore could not be recognized as certainly shot down ...).

His most famous act was probably the attack on the huge superiority of 60 German heavy fighters Messerschmitt Bf 110 on June 3, 1940 near Paris. He was wounded in the attack, but soon escaped from the hospital and returned to the squadron. On June 25, 1940, fighting on the French front subsided and the entire GC I/5 flew to Africa at Saint Denis-Sig Airport, about 40 km from Oran. Here, Lieutenant Perina was (already) appointed a knight of the Legion of Honor along with other Czechoslovaks for his merits.

His next voyage led by ship through Gibraltar to England, where he was ranked Pilot Officer to the newly formed 312. fighter squadrons RAF.In its ranks, he took part in the famous battle of Britain, and later in attacks on the enemy-occupied continent and credited to his account two more shot down German machines. After completing the operational tour, he worked from December 1942 as a shooting instructor ( Sector Gunnery Instructor) at several fighter air bases.

From 1944 until the end of the war, he later worked as an aide to the Czechoslovak commander. liaison groups at the staff of Fighter Command - Fighter Command. He returned to Bohemia in July 1945.

After the war he served as an instructor at the pilot school in Olomouc, later commanding the air shooting range in Malacky.

In January 1949 he was released from the Air Force, and on April 12 he flew with his wife and friend on a sports plane to Austria. In England, he was accepted back into the RAF, in 1955 he went into civilian life and moved to Canada, and four years later to the United States. He retired in 1979. He returned to his homeland in 1993 ...

We've been waiting for this. I said that at the beginning. Yet, when the sad moment came, our hearts ached and our souls bled. I didn't have a chance to get to the general's celebrations or funeral. Television was only a weak substitute. I sat at the screen, the clock pointing slightly after midnight. The honor guard carried General Perina's coffin on the screen, the Czech flag flew overhead, and Grippen and Alka roared over Vítkov.

Tears streamed down my cheeks and I didn't want to sleep. An excellent man left, and I knew him. Even now, when I look at the photos, the glowing Fanda Perina at the celebrations or with Anička during a meeting, I'm not far from tears ...

"... I will continue to tell my children and grandchildren who won the respect for the Czechs with friends. Thank you to all the young men who have gray hair, au revoir, monsieur, I will not forget you ..." ]


By the way, the author of the picture is my friend from Slovakia, W/O Milo Herčut ... 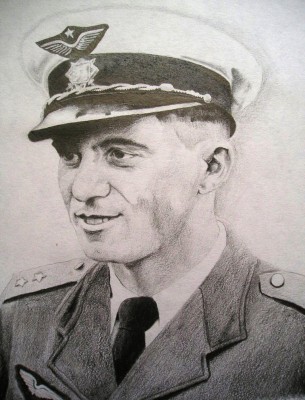 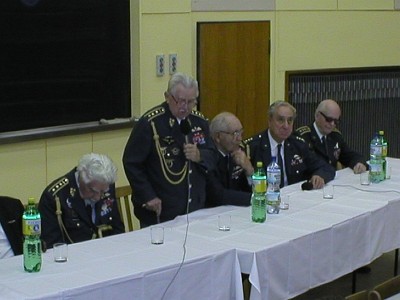 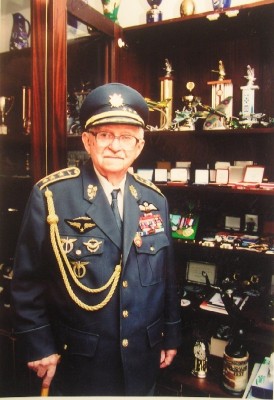 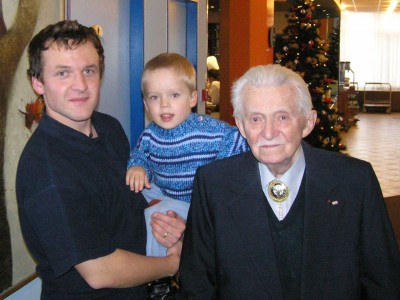 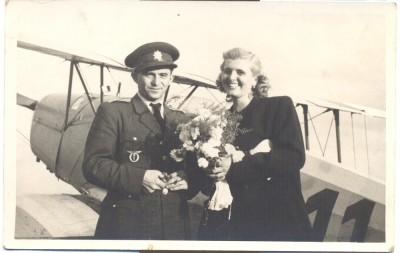 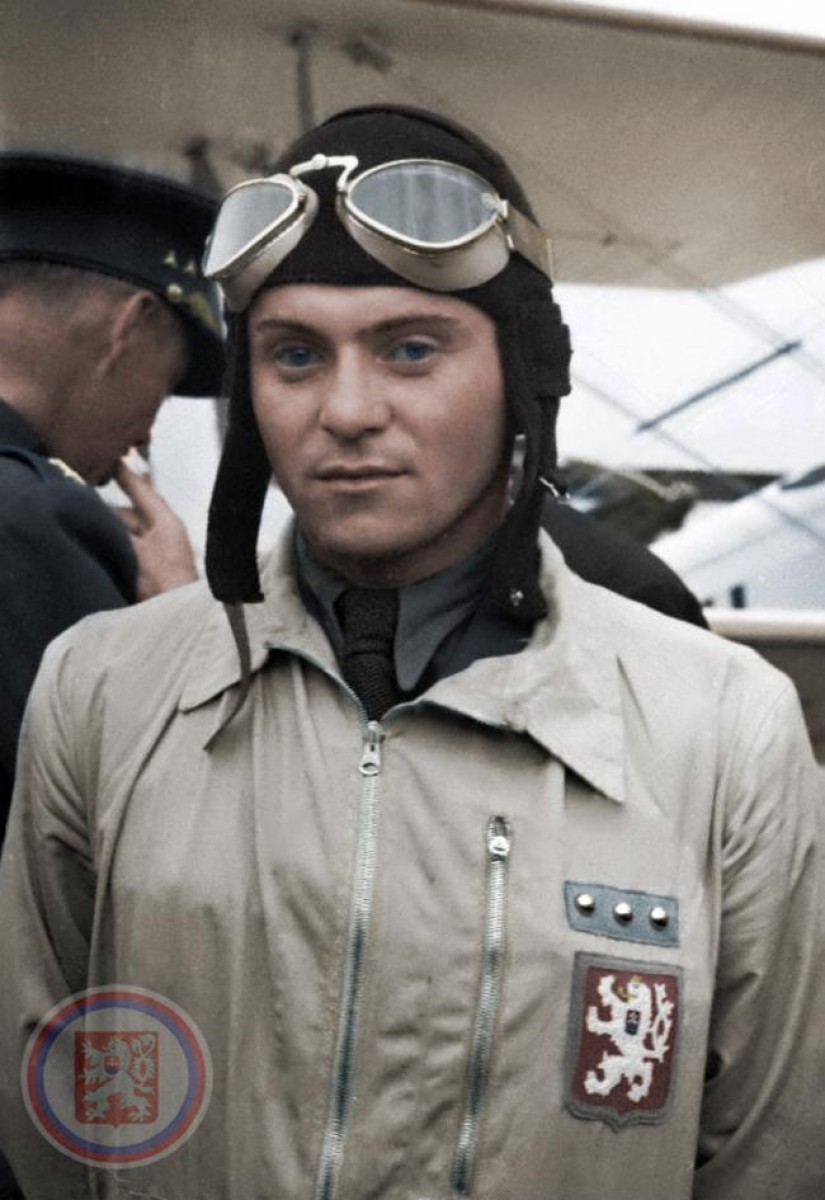 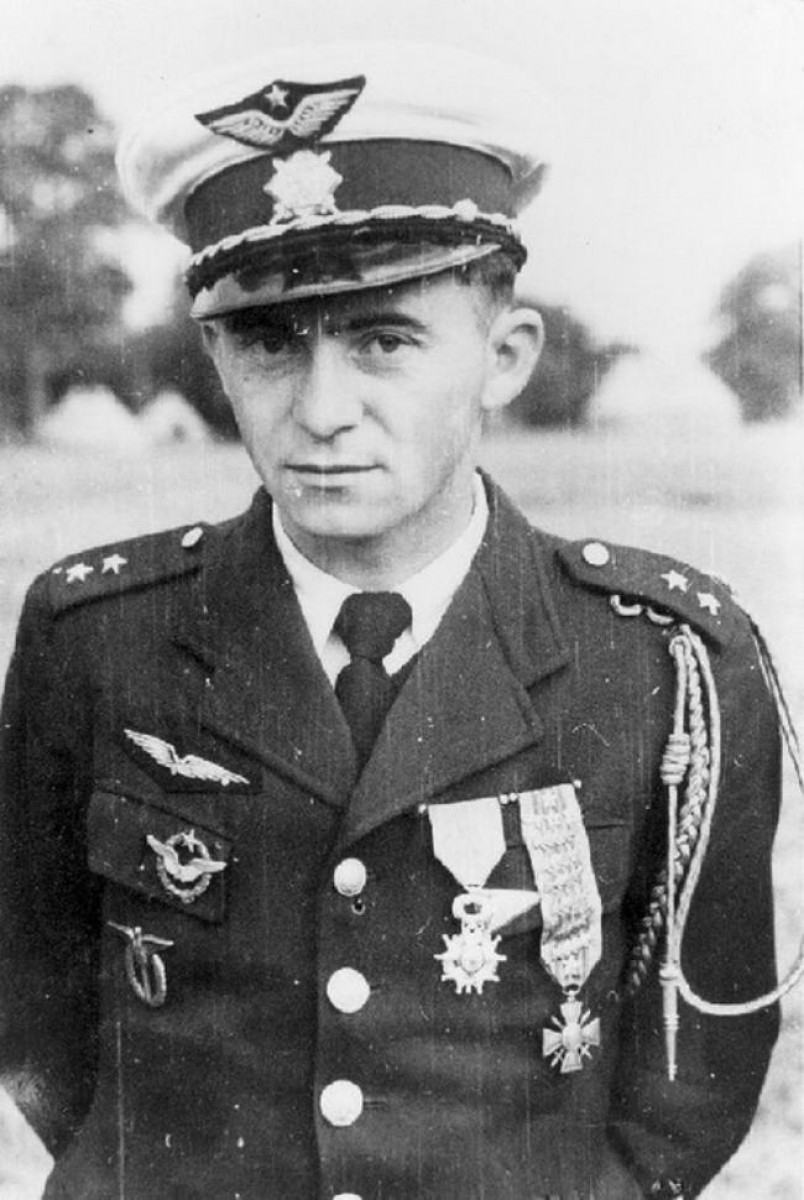 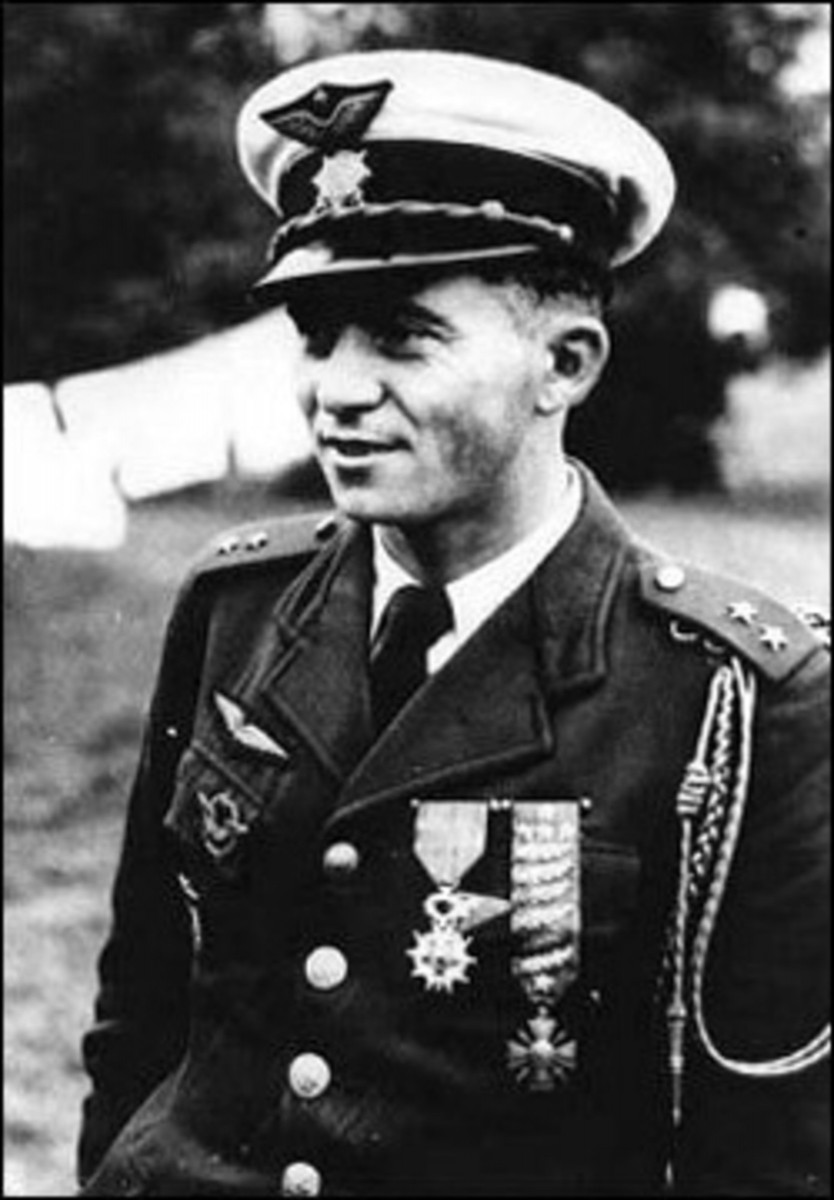 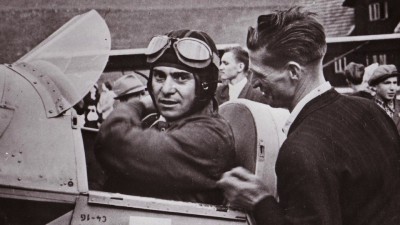