The fourth most successful fighter pilot VVS KA, in terms of the number of independently achieved air victories.

He was born on February 9, 1920 in the village of Chudjakovo in the Urals ( of Russian nationality). He started flying in an aeroclub and joined the army in 1938. A year later, he graduated from the Perm Military Aviation School.

After the start of the war with Germany, he was at the front from the first days and flew with obsolete fighters I-153 and I-16. He managed to shoot down the first Luftwaffe aircraft over Chisinau - Ju 88. He was severely wounded during another air battle. After recovery, he was assigned to the reserve air regiment, where he trained on a new type of aircraft - Bell P- 39Q Airacobra, with which achieved successively 44 victories ( machine serial number - 42547).

After being transferred back to the front, he flew as a swarm commander 55. fighter air regiment. During a short period, he performed dozens of flights, during which he shot down 4 aircraft and another 2 in the group.

In May 1943, in the rank of gvardiji senior lieutenant he flew as a swarm commander in the 16th Guards Fighter Air Regiment and at that time performed 194 combat flights. He participated in 54 air battles, in which he achieved 12 victories alone and another 2 in group air battles.

The first title Heroes of the Soviet Union was awarded on May 24, 1943 during the air battles in Kuban, where he became deputy commander Pokryškinovy 1. letky. He was later appointed deputy commander of the 16th Guards Fighter Air Regiment. He shot down 3 over the Molochnaya River Junkersy Ju 87.

On July 1, 1944, he was awarded the title of Hero of the Soviet Union for the second time. In February 1945 he was appointed inspector of piloting techniques of the 6th Guards Fighter Air Regiment. He ended his fighting career in Berlin.

During the war, he made 450 combat flights. He participated in 122 air battles, in which he shot down 56 aircraft and in group fights another 5. In addition to two Golden Stars Heroes of the Soviet Union was awarded Order of Lenin , four times Order of the Red Banner, Order of Alexander Nevsky, Order of the Patriotic War I. degree, twice Ord red stars and medals.

After the war he served in the Air Force and in 1951 graduated from the Military Aviation Academy. He reached the rank of general-major aviaciji (1957). 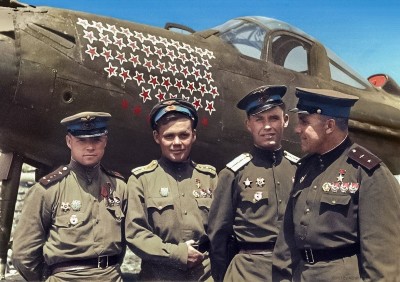 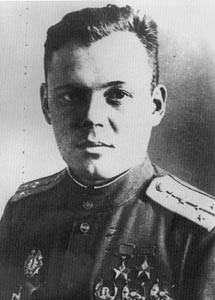 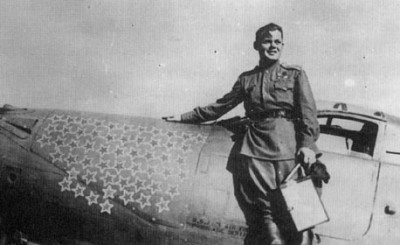 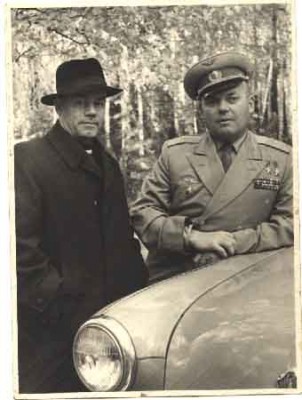 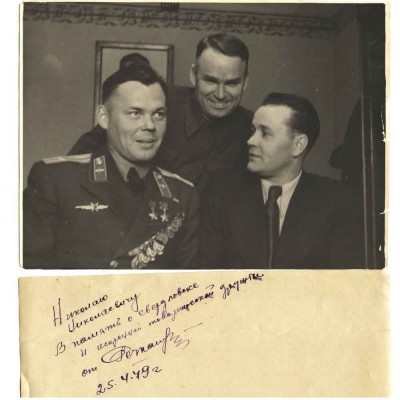