Looking at the casualty list, Operation Jubilee appears to be a bloody failure. Ground troops failed to achieve their objectives and casualties exceeded 50%. The Navy lost several dozen landing craft and one destroyer. It became clear that no major landing could be contemplated without fire support from large ships. The Air Force, which had the most important task of covering the ground forces, suffered considerable losses in the course of its performance. Although the RAF was able to prevent a direct attack by German aircraft on the invasion beaches, that was the end of its scope. The Germans were able to move and regroup their squadrons with complete freedom, unhindered by the Allied air forces. For future operations, it seemed absolutely essential not only to control the airspace over the actual invasion site, but to control quite distant territory as well. This experience led to a massive bombing offensive against Luftwaffe bases in France and Holland over the next few years. It was only because of the constant attacks on German squadron bases during the build-up to the Normandy landings that the Luftwaffe was unable to intervene in time and effectively on the day of the invasion, which later proved decisive. Indeed, the constant pursuit of German air groups caused their bases to be either destroyed or so far from the landing site that they were unable to intervene in time. During Operation Jubilee, by contrast, the Luftwaffe had its Geschwader fighters practically miles from the landing site and, moreover, could withdraw its detached units completely unmolested. The heavy losses of the British Air Force can be partly attributed to the unfortunate tactics employed during 19 August. There was only one lesson to be learned from this. When covering ground units, the number one priority is complete air superiority over the enemy. Only then can the air force provide total support to infantry units without heavy losses of its own. The following years of bombing offensives against Luftwaffe airfields throughout Western Europe were devoted to this rigorous preparation, which paid off for the Allies during the Normandy landings. 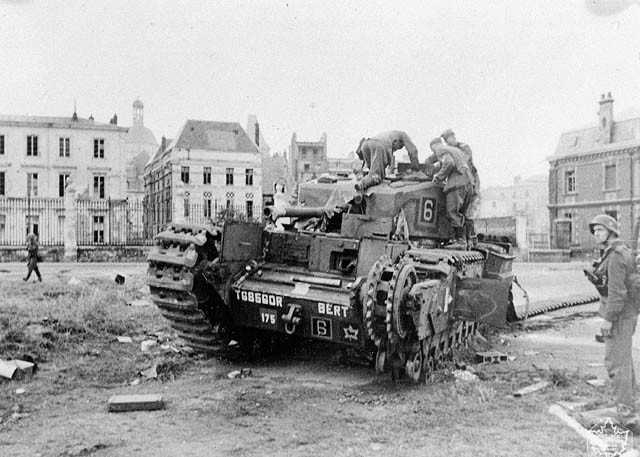 Despite these heavy losses, Operation Jubille seemed to have served its purpose. Combined Operations Chief of Staff Lord Mountbatten later claimed that the D-Day battle had been won on the beaches of Dieppe.[17] What is certain is that Dieppe meant several new lessons for the Allies, in addition to the heavy losses. Lesson number one for the future was that they could not get a functioning port. The enemy can always destroy all its important facilities before capturing such a port. The Allies therefore used mobile prefabricated harbors, called Mulberry harbors, which they shipped in parts from England and assembled off the Normandy coast during the 1944 invasion. Each was the size of the ferry port at Dover. Indeed, the successful resolution of the question of supplying the invading army was essential to the success of the Normandy landings. It was clear that no army could operate for long without huge supplies of petrol, food and ammunition. It was therefore vital for the invading forces to obtain an intact and functioning port that would solve the logistical problems of the invading army. Since the enemy also realized the importance of such a point, it was almost impossible to obtain such a port. And Dieppe made that clear. 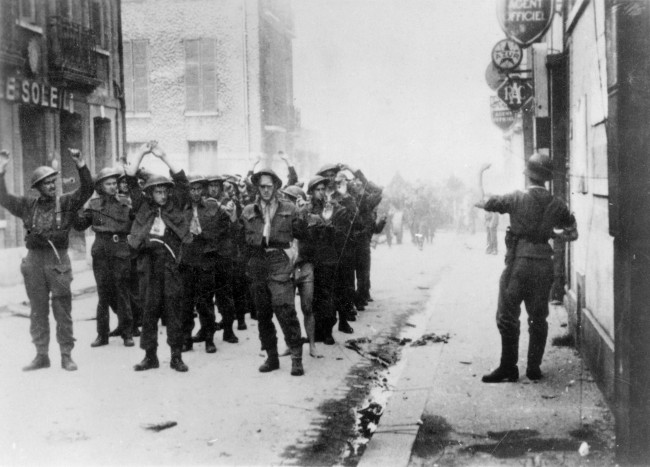 Canadian prisoners after the raid on Dieppe.
Library and Archives Canada/C-014171, commons.wikimedia.org

The bloody loss of Canadian infantrymen on the beaches at Dieppe pointed to another problem. The attacking infantry could not advance effectively in this war without proper heavy weapons support. Some fire support could be provided by warships shelling enemy centres of resistance at close range. Such support, however, had to be stopped the moment the first infantrymen appeared on shore. At this point only tanks could support the infantry. This meant that they had to be dropped with the first wave for their support to be meaningful. At Dieppe, the Churchill tanks brought specially modified landing craft up to the beaches, but only in subsequent waves. In addition, there were no passages from the beaches and so most of the tank equipment was stuck in front of an insurmountable concrete barrier. Therefore, special tanks capable of overcoming various coastal obstacles were developed for the Normandy invasion. These Hobart's Legrats, as they were called, formed their own 79th Panzer Division, which took an active part in the Normandy landings. A range of special vehicles were created, from mine-hunting tanks (CRAB tanks) to bridge tanks, flame-thrower tanks (CROCODILE) and vehicles capable of overcoming all manner of natural obstacles. The main goal of this project was to create a tank that would be able to overcome water obstacles. In fact, the operation at Dieppe showed the shortcomings of British tanks, which were not adapted to high wading. The Allied command hoped for amphibious tanks to effectively support infantry units during the first minutes of the invasion. Therefore, a special DD (Duplex Drive) tank was developed, which all Allied units were equipped with during the Normandy invasion. This tank was launched from a vessel a few metres from the shore where it floated under its own power. Special cushions filled with compressed air, which were attached to the tank's carcass, helped to keep its several-ton weight afloat. 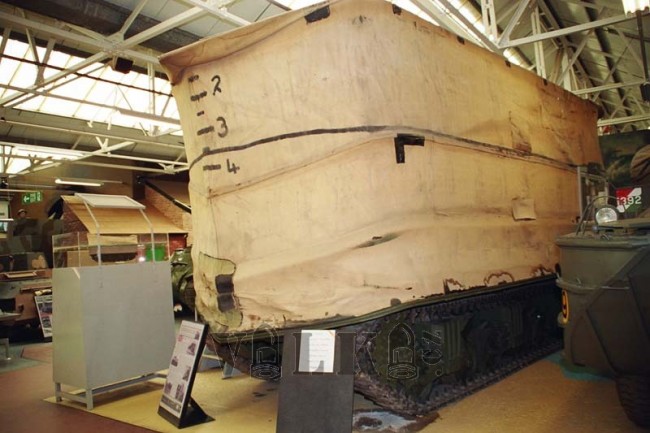 M4A2 Sherman DD, Bovington Tank Museum, 2003 and 2004. The tank shown is the only surviving Sherman DD with its original canvas screen today.

Another, but certainly not the last, lesson learned from Operation Jubilee was the importance of careful secrecy in any such operation. For German reconnaissance did not escape the concentration of surface vessels off the South English coast, as evidenced by the air attack on landing craft destined for Operation Rutter. In fact, German defences had been placed on alert since the first of August following the results of their own aerial reconnaissance. The landings at Dieppe were thus not as much of a surprise as the landings on the Normandy beaches two years later. The Allies therefore launched a very effective disinformation campaign in the years following Dieppe, which successfully confused German observers.

For Czechoslovak pilots in the RAF ranks, Operation Jubilee was a valuable experience that they could later apply to the real Normandy invasion two years later. For the next few days after the Battle of Dieppe, our pilots assisted in the search for downed airmen and then returned to the 10th Group sector. Operations over occupied Brittany, which the Czechoslovaks already knew well from previous actions, were the focus of the next few months. The arduous operations over occupied France were followed by a rest on a quieter section of the air front in northern Scotland. The Wing then returned to the carousel of aerial engagements over Europe and became involved in the air battle over Normandy. As the front advanced, our airmen then operated over Holland and Germany.

Karel Mrázek, who had personally led the Czechoslovak wing during the action over Dieppe, handed over his post to the commander of the 310th Squadron František Doležal in March of the following year and retired to a well-deserved rest. František Doležal then led the wing into action until February 1944, when he handed over command to Tomáš Vybíral. Jan Čermák, who served as commander of the 312th Squadron during Operation Jubilee, served as ground commander of the renamed 134th Czechoslovak Wing during the Normandy landings.