The British had some experience with the operation of flying bombs or air torpedoes, as they were also called, as early as the 1920s, when their Larynx project was tested. At the beginning of World War II, F. G. Miles, who created the Hoop-la project, returned to this idea. Miles expected that although bombing was limited to smaller military targets in 1939, in an emergency, the enemy could begin bombing large cities, even using radio-controlled and uncontrolled unmanned aerial vehicles. Discussions with experts from the Royal Aircraft Establishment showed that similar machines are far from impossible, after all, they were the authors of the 1927 Larynx.

Miles assumed that the best means of defense against a similar attack was to be able to respond in the same way and on a mass scale. And that's what Hoop-la was supposed to do. It was a small high-altitude aircraft of classic Mile shapes, which had an open bomb bay in the lower part of the fuselage for the heaviest bomb, commonly used at the time, weighing 1000 lb (454 kg), and double tail surfaces. The drive was to provide one of the cheap mass-produced engines, such as the de Havilland Gipsy Queen. The control was to be provided by an automatic pilot responding to radio commands, capable of relatively high accuracy of intervention up to a distance of 650 km. The control was also to use radar tracking of the aircraft. This project also received material implementation, even if only in the form of a scale model in real size. How Miles envisioned the launch is not entirely clear, and according to some sources, it is even possible that Hoop-la should have flown over the target, dropped the bomb and returned, as the American TDR-1, due to the absence of any chassis on the model, but it does not seem likely to me.

The model and the whole idea were submitted to the Ministry of Aircraft with a proposal that Hoopla be produced in large numbers and stored so that in the event of German use of a similar weapon could be answered immediately and ideally to intimidate the Germans from further attack. However, the ministry did not show interest, the official reason for the refusal was that a similar flying bomb did not have sufficient impact accuracy to avoid the risk of encroachment on residential areas or hospitals… The Air Force did not return to the project even after the carpet bombing itself, and Hoop-la forever it remained only a model.

In the meantime, Miles at least continued to work on autopilots, which he also tested not only on the Nighthawkand Oxford, but also on experimental Miles M.30 X Minor. In 1944, Miles' concerns arose and Germany began firing missiles at Britain V-1. There were voices immediately asking why the Germans had come up with a similar attack, not the British, and the ministry responded immediately - by sending a telegram to Miles requesting absolute silence that he had ever proposed such a thing, especially before the press. The public did not learn about Miles' project until the end of 1945, when, of course, it no longer mattered. 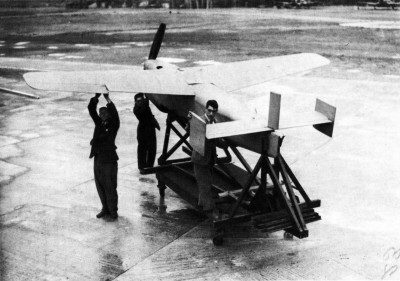 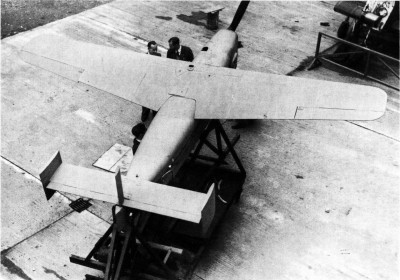 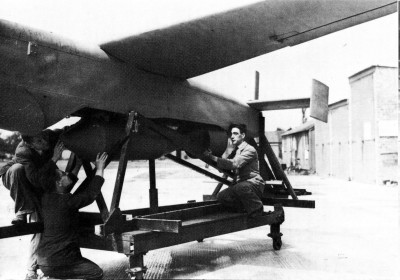