Automated system of command, control and information processing. A means of ensuring a stealth transfer of the data needed for fire control of anti-aircraft rocket battery (plrbat). Along with the coordinates and ensures local protection plrbat and allows communication collateral for the command and control of the superior instance of the way of the regular, radioreléového and VHF radio. PU PoSy allows you to receive, continuously to evaluate and process information on the activities of the aerial objects and the tactical situation in the pet space.

The access node is located in the container ISO 1C EMC has an in-built communication and information technologies. For his carriage with the used carrier of containers T815-7 UNK.

User study on the system of PU PoSy, which ideologically stems from the workplace of the commander of the battery LADIC, was completed in 2004. PU PoSy was designed as a převozitelný without the chassis. Delivery of PU PoSy has been to 25. anti-aircraft missile brigade implemented in the years 2005 to 2006. The value of the contract amounted to 83 920 380 Czk. Were subsequently upgraded systems LADIC at the access node of PU plrbat, which were in the armament of the 25. plrb introduced in the year 2007. In the same year were to PU PoSy delivered to the feet T815-7 UNK, thus the unification of the two funds (for the PU plrbat is the label used to PU PoSy 01 and the "original" PU PoSy is referred to as PU PoSy 02).

PU PoSy is in have taken up today under the authority of the units of the system SFDC/D (Static Fire Distribution Centre - Deployable) and SFDC (Static Fire Distribution Centre). With this system shares a single air situation, obtained from him the combat information, which then transforms to its own subordinate mobile units with portable TAP (Terminal Action Element) or on an automated system of command and fire control RACCOS. 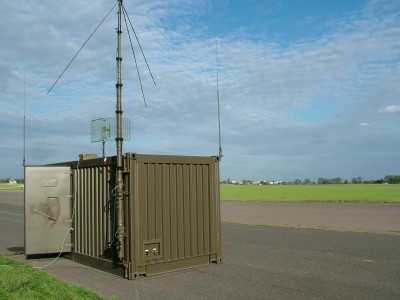 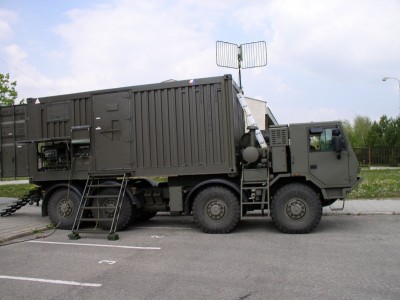 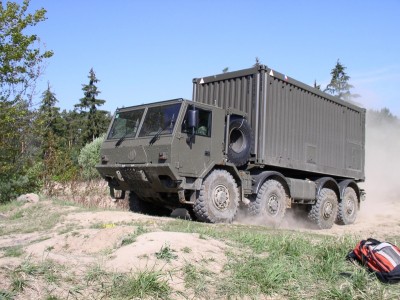 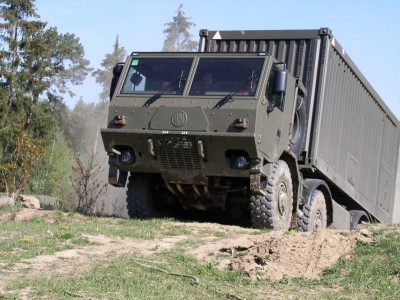 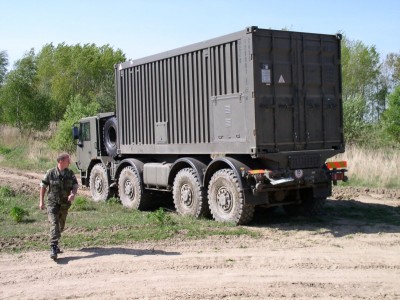 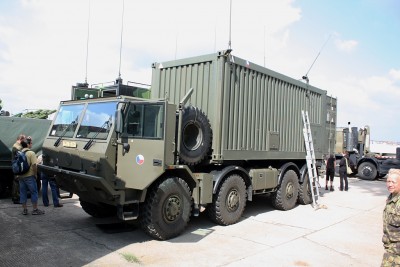 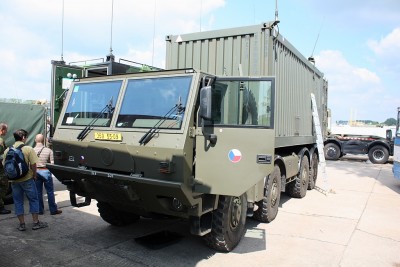 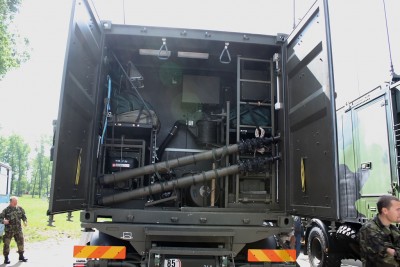 URL : https://www.valka.cz/CZE-PU-PoSy-pristupovy-uzel-pohotovostniho-systemu-t85101#314176Version : 0
MART.in MOD 12 years ago
The first real use of the system PU PoSy occurred during combat sharp shootings 25. anti-aircraft missile brigade in Poland at the end of June 2009 under the designation of the Baltic 2009. During the shootings was the main source of radar information one of the modernized radar ST-68U CZ (from 262. radio technical battalion), whose data has been transmitted to the system PU PoSy, which is subsequently transferred to the fire control system RACCOS, who directed the activities of the firing elements (theRACCOS can receive direct radar information only from the radar P-19/IFF and the SURN CZ). In the framework of the exercise were deployed after the two systems PU PoSy and RACCOS. The destruction of targets to ensure the missile 3M9M3E discharged from the launcher 2P25M2 (exercise participated in 4 vehicles) and guided radar 1S91 SURN CZ (exercise participated in 2 vehicles). Charging provide four charging transveyors 2T7M. 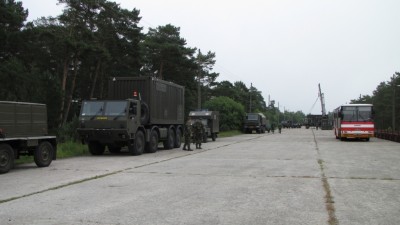 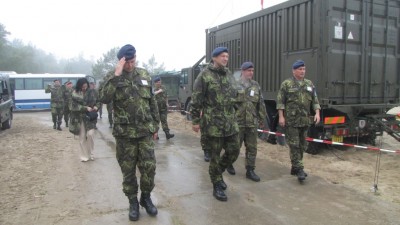