In the mid-50. years 20. century began the designers of the company Schweizerische Industrie Gesellschaft under the leadership of Rudolf Amslera work on the development of automatic rifle for the swiss army. The prototype of the AM 55 (later referred to as SIG 510-0) was developed on the basis of the German experimental rifles StG 45(M) (Sturmgewehr 45) developed by Mauser for the Wehrmacht at the end of the second world war, which used a new locking system conclusion using the broken locking rollers, meshing at the moment of firing into the recess in the housing end.
Rifle was once modified on the basis of the military assigned in 1957 to the armament of the swiss army under the name Sturmgewehr 57

SG 510-1: the basic version of the chambered hub 7,5 x 55 Suisse introduced into the armament of the swiss army, exported to Monaco (gendarmerie), Ukraine, and Zaire; made more than 700 000 units
SG 510-2: lightened variant of the basic version
SG 510-3: a variant developed for participation in the tender for the armament of the Finnish army; a weapon with a shorter main hub 7.62 × 39 failed, made only a limited amount of
SG 510-4: version for charge the 7.62 NATO take in the arsenal of the armies of Bolivia and Chile
AMT: ("American Match Target"), semi-automatic variant of the model 510-4 on the charge 308 Winchester produced in small sériii for the american civilian market
SG 510-5: version no charge 30-06 Springfield for the tender for the armament of the mexican army
SG 510-6: developed for the swiss army as a replacement for the obsolescent 510-1, for rearmament was finally selected SIG 550 and included in the loadout under the name Sturmgewehr 90
SIG PE 57: (Privat Einzelfeuer) semi-automatic version of the 510-1 exclusively for the swiss civilian market, made 5,000 pieces 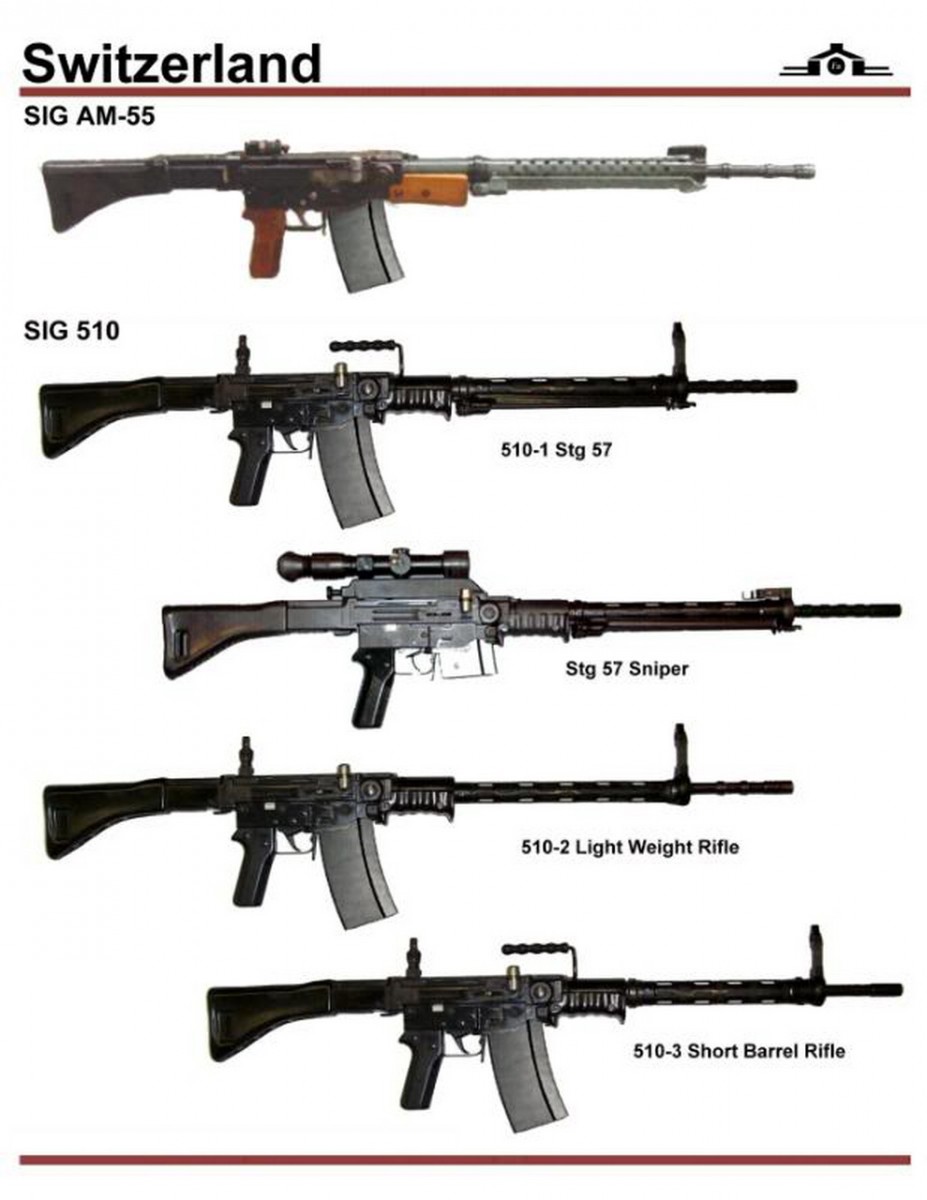