URL : https://www.valka.cz/CAN-Browning-FN-HP-No-2-Mk-I-t11955#383511Version : 0
karaco MOD 10 years ago
Pistol marked as Browning FN HP No. 2 Mk I * is one of the licensed copies of the well-known Belgian Browning HP 1935. It is not an improved version, it is simply different in some details. To understand why this is so, we must look back at the history of this weapon.

John Moses Browning, working for the Belgian armory Fabrique Nationale, began work on a new pistol in 1921 at the request of the French government. French requirements included the possibility of using a stock, adjustable sight up to 500 m, caliber 9 mm Luger, etc. The task was not easy, because Browning could not apply the principles to his highly successful pistol Colt M 1911, which were protected by a number of patents. He had to bypass his own solution of the trigger, locking the breech, disassembly, locking the lock, fuse, etc. The development therefore took a very long time, the pistol went through a series of tests, where it gradually adapted according to the test committees - redesigned drum mechanism, simplified disassembly, etc. .

J. M. Browning died in 1926, and the development was continued by the excellent designer Dieudonne Saivé, who had previously worked closely with Browning and had played a significant role in the development of the future HP. In 1928, there was again a major overhaul of the structure, as the patent protection Coltu 1911 had just expired, so that, for example, an externally controlled closure could be used etc. A year later, however, the New York Stock Exchange crashed, triggering an economic crisis. As a result, the French government withdrew from the contract.

Serial production began in 1934 and a year later the pistol was adopted by the Belgian army. By the beginning of the war, the FN had produced about 70,000 pistols.

In 1940, however, Belgium was occupied by the German army. HP production continued for the Wehrmacht. In the years 1940-41, however, a number of employees of the University Hospital, including D. Saivá, left Belgium. They went to London, where the British government asked them to start production of HP pistols, which would replace the existing revolvers Webley and Enfield.

However, the drawings remained in German-occupied territory, so Saivé created new drawing documentation, partly from memory, partly from six worn HP pistols found in England. However, only two pistols were eventually produced at the Enfield State Armory, as it was decided to begin production in Canada.

Although a territorial dispute had to be resolved (, a territorial market-sharing agreement was reached between FN and Colt in 1902. The former controlled continental Europe, while the latter supplied arms to the North American market and to the United Kingdom), but the agreement was successful with the fact that after the war, the production of HP pistols will be returned to Europe, including machinery.

All that remained was for Saive to convert the reconstructed drawings to inches and start production at J. Inglis in Toronto. It began in January 1944 for two major customers - nationalist China ( whose order was 200,000 pieces) and the United Kingdom.

Pistols designed for China were marked as No.1 Mk.I.Subsequently, the pistol underwent the following changes: first, the shape of the unlocking curve of the shortened Browning locking mechanism was changed, then the place of action of the drum spring on the cock was changed, reducing the force required for manual tension and increasing its velocity on impact i] this change was so progressive that after the war it was introduced at the parent armory FN[/i]), the shape of the extractor and ejector was also changed. Pistols modified in this way were marked Mk.I *. Display full photogallery
Workers in the John Inglis Company factory assemble No.1 pistols. Notice the stickers with the Canadian logo on the front of the handle frame
Source: https://ru.wikipedia.org/wiki/Browning_Hi-Power

Apparently less than 60,000 pieces were produced for China, and the reasons for not fulfilling the entire contract are unknown. Not all were even shipped to China because part of China's production was redistributed for the United Kingdom's armed forces. It is not known how many No.1 pistols actually got to China and how many ended up in the armament of Canadian and British troops.

Pistols marked No.2 were produced for Great Britain, Canada, Australia and Greece. Unlike the No.1 pistols, they did not have adjustable sights and a groove in the back of the handle for attaching a stock. The fixed visor was placed in a special ridge, corresponding in shape to the original bridge with an adjustable visor. Therefore, the weight of the No.2 and No.1 pistol barrel is the same. The No.2 pistols were again produced in two variants No.2 Mk.I and Mk.I *, which otherwise corresponded to their counterparts No.1 Mk.I and Mk.I *.

The Canadian HP pistols differed from the Belgian originals in other respects as well. Probably the most important change from the shooter's point of view was the magazine capacity, which was increased from 13 rounds to 14 rounds in the Canadian version. While the bodies of the Belgian HP were made by machining, the Canadian ones were made by firing from a strong steel plate. The handles of the handle are made of black bakelite in Canadian, the Belgian ones were made of walnut wood. Wooden stock for pistol No.1, manufactured by the Ontario company Small Arms, Ltd. it was hollow and at the same time served as a holster for a pistol and one magazine. The Belgian original had a full stock and the leather case was bolted to it on one side. The pistols were delivered to Britain regardless of the design of the sights, ie both versions No.1 and No.2. Production ran from January 1944 to September 1945. A total of 151,816 HP pistols were produced in Canada.

Canadian pistols were included in the armament of a number of Canadian and British troops during World War II and, like their German-made counterparts, enjoyed the reputation of one of the war's best pistols on both sides of the front.

As a result, they have remained in service in both Canada and the United Kingdom for many years. Back in December 2018, the Canadian server https://www.warhistoryonline.com/ lamented that Canadian soldiers were equipped with these more than 70-year-old pistols at the shooting competition, where their moral obsolescence was already fully manifested:

Only five were used in the competition because fifteen got stuck during training and were withdrawn.During the competition, ten Canadians experienced an average of four and a half jams when firing a total of 2,810 rounds (ie 1 detention for every 62 shots, note cars).

In contrast, twenty British soldiers in action had zero jams when firing 5620 rounds.

They also show their age in other ways. There is nowhere to place a flashlight on Hi-Power and small sights are difficult to read in poor lighting conditions. Guns cannot be fired with gloves or with the left hand, and a long cock thumb can cut the shooter's hand. It is also heavy thanks to the all-metal construction.

The Canadian military is investigating the purchase of new service pistols, but the trial has stalled. A 2016 statement from the Ministry of National Defense states that soldiers would not receive new weapons until 2026. "

The real problem, however, is that Canadian soldiers with these pistols serve in their missions, for example in Afghanistan. In another article, the National Post reported that soldiers were advised not to fill magazines to maximum capacity due to spring fatigue and maliciously noted that the problem of obsolete HP pistols was also faced by the British military in 2011, which solved it in two years with a third of the Canadian project. Ministry of Defense.

So it seems that the service of the old Brownings from the company John Inglis is still not completely over ... Display full photogallery
Canadian soldiers training with a No.2 pistol in 2009
Source: commons.wikimedia.org 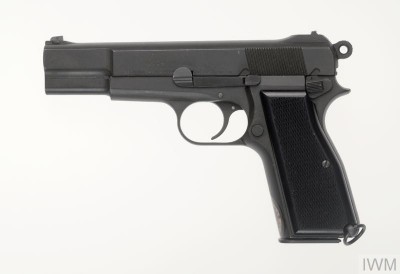 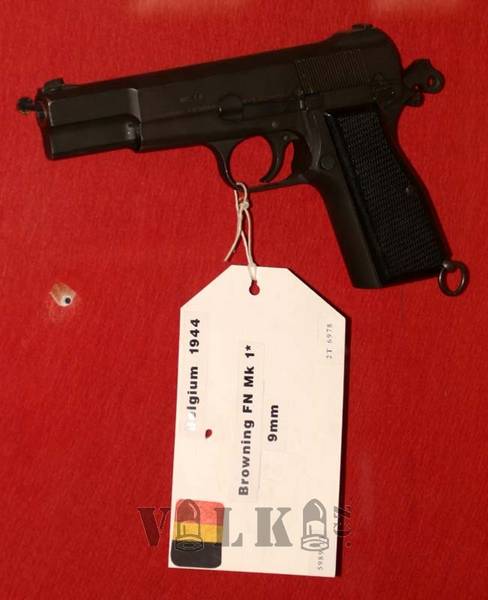