URL : https://www.valka.cz/Flakpanzer-IV-Kugelblitz-t19200#454737Version : 0
brano MOD 9 years ago
In a report from 3.1.1944 on a consultation with Albert Speer with representatives of the military, there was a proposal to use an anti-aircraft tower with a pair of 3 cm cannons designed for submarine armament on a medium tank platform Pz.Kpfw.IV ( U-Bootturm mit 3 cm Zwilling auf Pz.IV). Alkett was commissioned to examine the possibility of installing this tower on an unmodified platform. After building an improvised prototype, the company found that the mounting of this tower was not suitable. The requirements for a tower intended for submarines were significantly different from the requirements for a tower for tanks. Therefore, this option was rejected and subsequently Daimler-Benz was commissioned to develop a new tower design.
At the meeting on May 30, 1944, documents for this program were submitted, and within a week it was to be decided to begin serial production. On June 20, 1944, Krupp and Deutsche Rohrenwerke were informed of the requirements for the supply of modified superstructures for platforms Pz.Kpfw.IV intended for this anti-aircraft modification. The first order of SS 4911-0210-5815/42 (H) was for 300 superstructures. The modification of the superstructure concerned the front and ceiling part. In the case of a classic tank, the ceiling part in the areas of the driver's and radio operator's hatches was slightly considered towards the front. Due to the size of the Kugelblitz anti-aircraft tower, it was necessary to eliminate this inclination and the ceiling armor plate had to be straight up to the edge of the front armor of the superstructure (see photo below).

The new anti-aircraft tank was to be characterized by a low silhouette, complete crew protection, more powerful armament and more powerful fire control equipment. The armament was to consist of a pair of modified air cannons M.K. 103 caliber 3 cm, which were mainly extended by the manufacturer Rheinmetall to 2.3 m (original length 1.61 m). This weapon was given the designation Flak 103/38. The weapons were mounted in a special low tower with a circular floor plan. Its inner part was formed by its own tower with cannons, the outer part was a kind of protective mantinel encircling the entire center, which had two cutouts in the front part to store the barrel in the transport position. The tower was driven by a hydraulic transmission and the rotation speed reached 25 °/second (other sources claim that it was up to 60 °/second). The aim of the cannons ranged from -7 ° to + 80 ° at a speed of 20 °/second. The wall thickness of the tower was 20 mm, the outer mantinel 30 mm. There were 3 men sitting in the tower (shooter-left, commander in the back center, charger-right). Each had its own entrance hatch. The cannons had a practical cadence of 25 [* 1 *] (15 [* 2 *]) shots/sec. The ammunition stock consisted of 1,200 rounds in belt magazines. The theoretical range was 5700 m. In the fuselage of the machine sat a driver and a radio operator.
The production of this machine was approved and 1000 pieces of 3 cm Flak 103/38 "Jaboschreck" cannons were ordered.
There are various figures on the number of vehicles built.
Older source - Messrs. Jentz and Doyle in Panzer Tracts No. 12 [* 1 *] claimed that only three prototypes were built (1 in 10/1944, 2 in 3/1945).
The same authors in the later publication Panzer Tracts No. 12-1 [* 2 *] revised these numbers and information. According to the authors, the pair of platforms should have been delivered to the company at the beginning of 10/1944 Daimler-Benz in Berlin. Another three platforms were to be delivered to Stahlindustrie at the end of 10/1944. Superstructures were also delivered. Two to the company Daimler-Benz and three to Stahlindustrie. According to reports, the two tanks were to be completed in 2/1945.

There is information that one machine was to be destroyed during the fighting in the area in the Panzer-Flak-Ersatz- und Ausbildungs-Abteilung (special test unit for testing all German anti-aircraft tanks) deployed in Ohrdruf Hörschel, Spichra, Creuzburg. More specifically, it was destroyed on April 1, 1945 at Spatenberg near Spichra.

One complete tower was originally captured by American troops (probably found at the Daimler-Benz factory in Berlin).The Americans took her to the Aberdeen Proving Ground in Maryland. It was later sent to Great Britain in the 1950s. It was located at the Royal Military College of Science, Shrivenham. Later, there was an exchange with Germany and the tower was located in the Heeresflugabwehrschule (air defense school) in Rendsburg. After the abolition of the unit, it moved to the Militärhistorische Ausstellung Flugabwehr in Kieli, where it is still located today.

The construction of Kugelblitz has reached another planned modernized variant. It was planned to increase the firepower of the machine by mounting another air cannon MG 151/20 caliber 2 cm, which was to be coupled with the right 3 cm Flak 103/38. Even later, two cannons were planned MG 151/20. They were to serve to shoot targets and increase cadence when firing at a target. This project remained only on paper. For both cannons should be a supply of 1000 rounds caliber 2 cm. 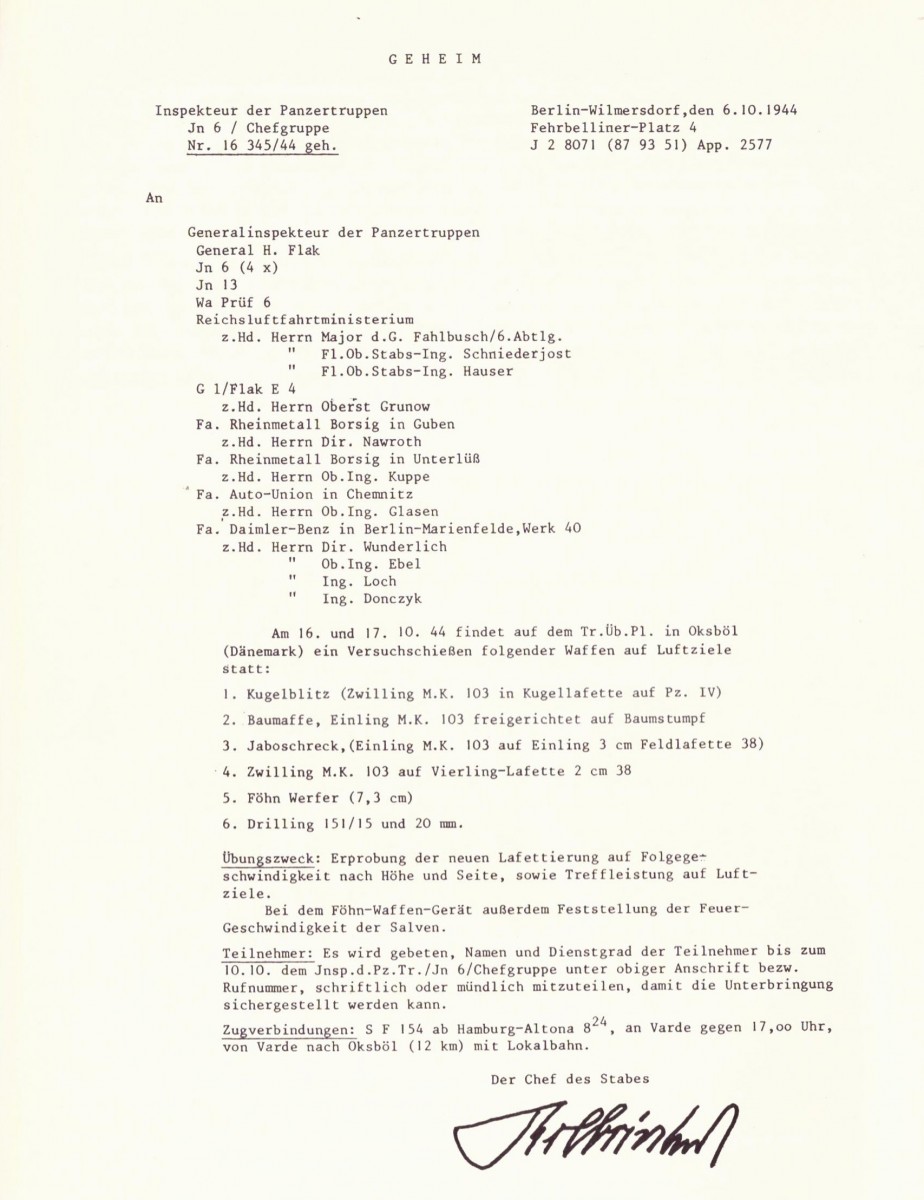 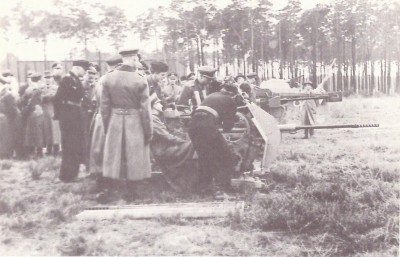 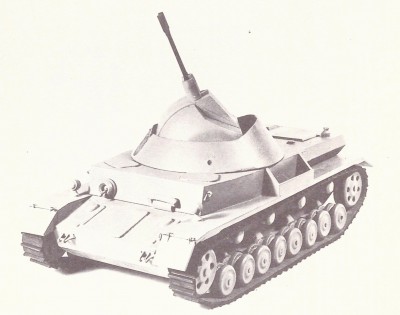 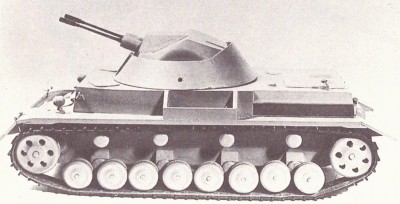 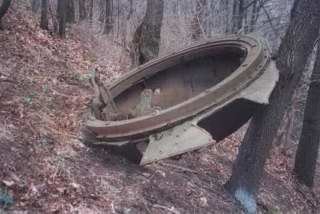 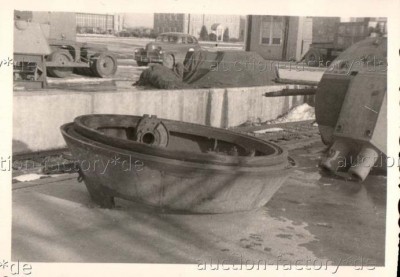 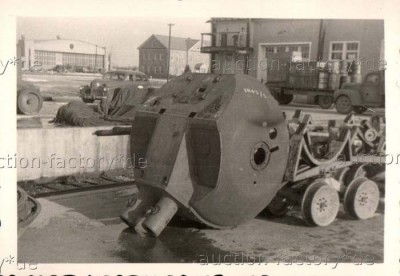 URL : https://www.valka.cz/Flakpanzer-IV-Kugelblitz-t19200#251671Version : 0
brano MOD 13 years ago
A photo of the platform Pz.Kpfw was presented in the source below. IV Ausf. J from the end of serial production at the end of the war. Interestingly, according to the identification of Mr. Hilary Louis Doyle, it is probably one of the prototypes of the platform designed for this anti-aircraft tank. The platform for Kugelblitz had a new superstructure designed. The original superstructure for tanks had the front part of the superstructure, respectively. its ceiling part slightly considered. The machine in the photo has this part straight. See that the driver's/radio operator's frontal armor is higher. The reason for the design of the new superstructure was that a space had to be created for the assembly of a larger bearing track of the tower used from the tank Tiger ( 1900 mm). The photo is located in Berlin. According to Mr. Doyle, the pair of platforms was to be delivered to the company at the beginning of 10/1944 Daimler-Benz in Berlin. Another three platforms were to be delivered to Stahlindustrie at the end of 10/1944. Superstructures were also delivered. Two to the company Daimler-Benz and three to Stahlindustrie.
The final design of another anti-aircraft tank Ostwind was to have a similar construction of the superstructure. 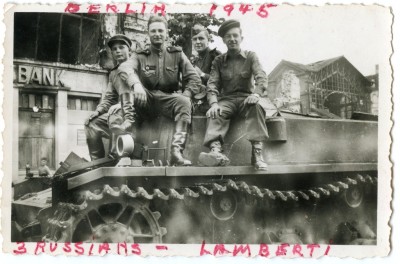 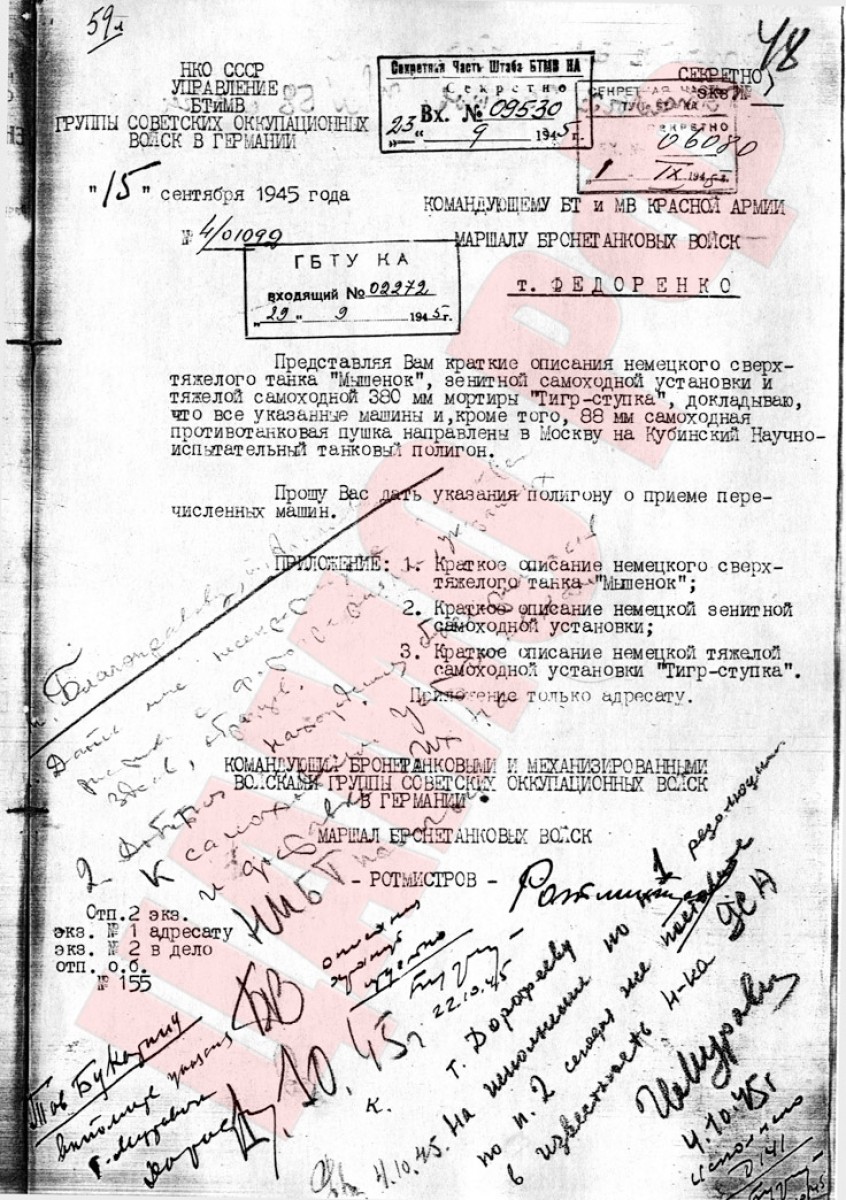 URL : https://www.valka.cz/Flakpanzer-IV-Kugelblitz-t19200#645530Version : 0
brano MOD a year ago
In sovietskom bulletine tank industry no. 10-11 of 1945 is referred to a short copy of the protilietadlového tank. Priložená scheme and a powerful airbrushed photo or sketch clearly shows that the ide about the Kugelblitz. 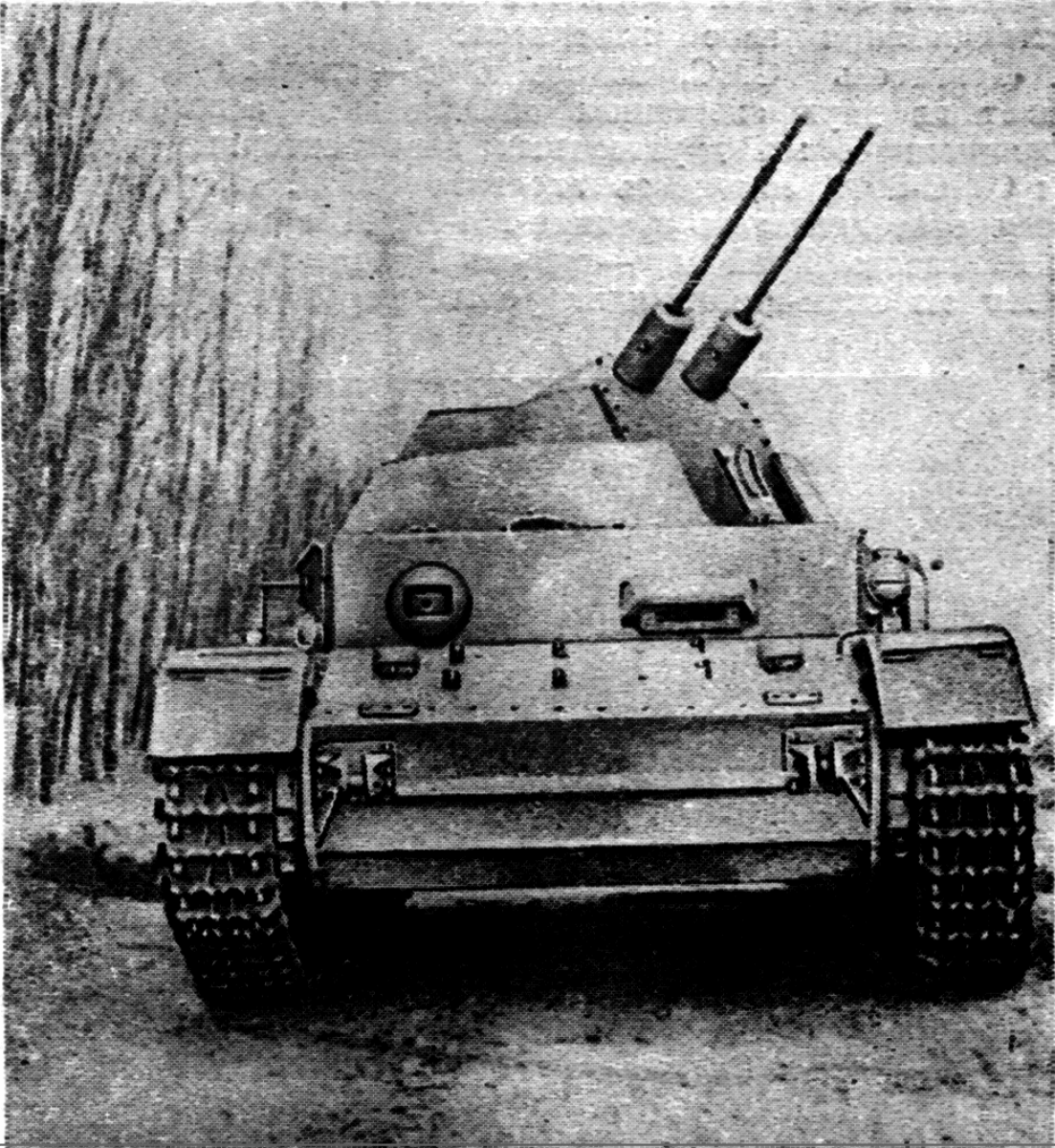 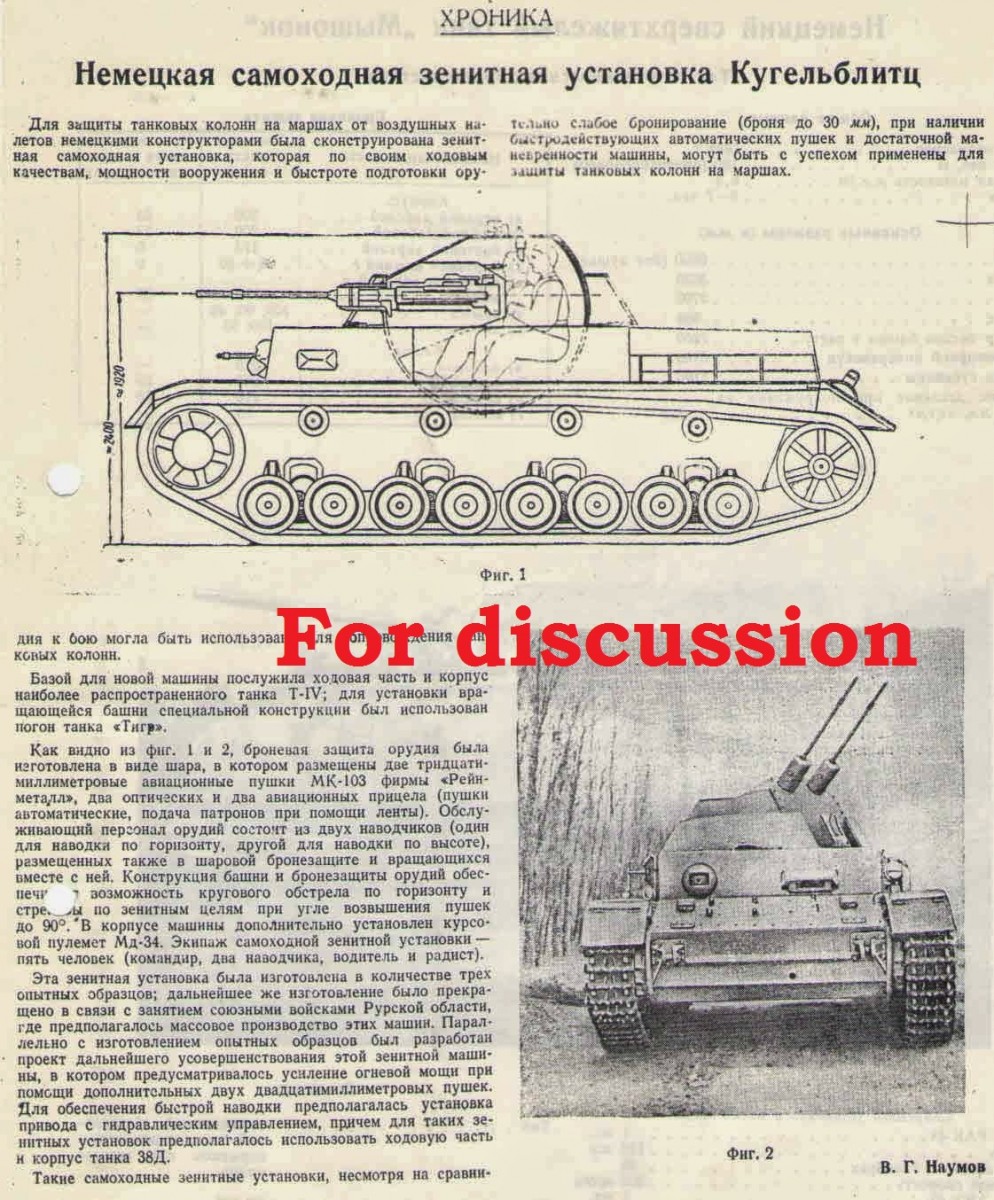 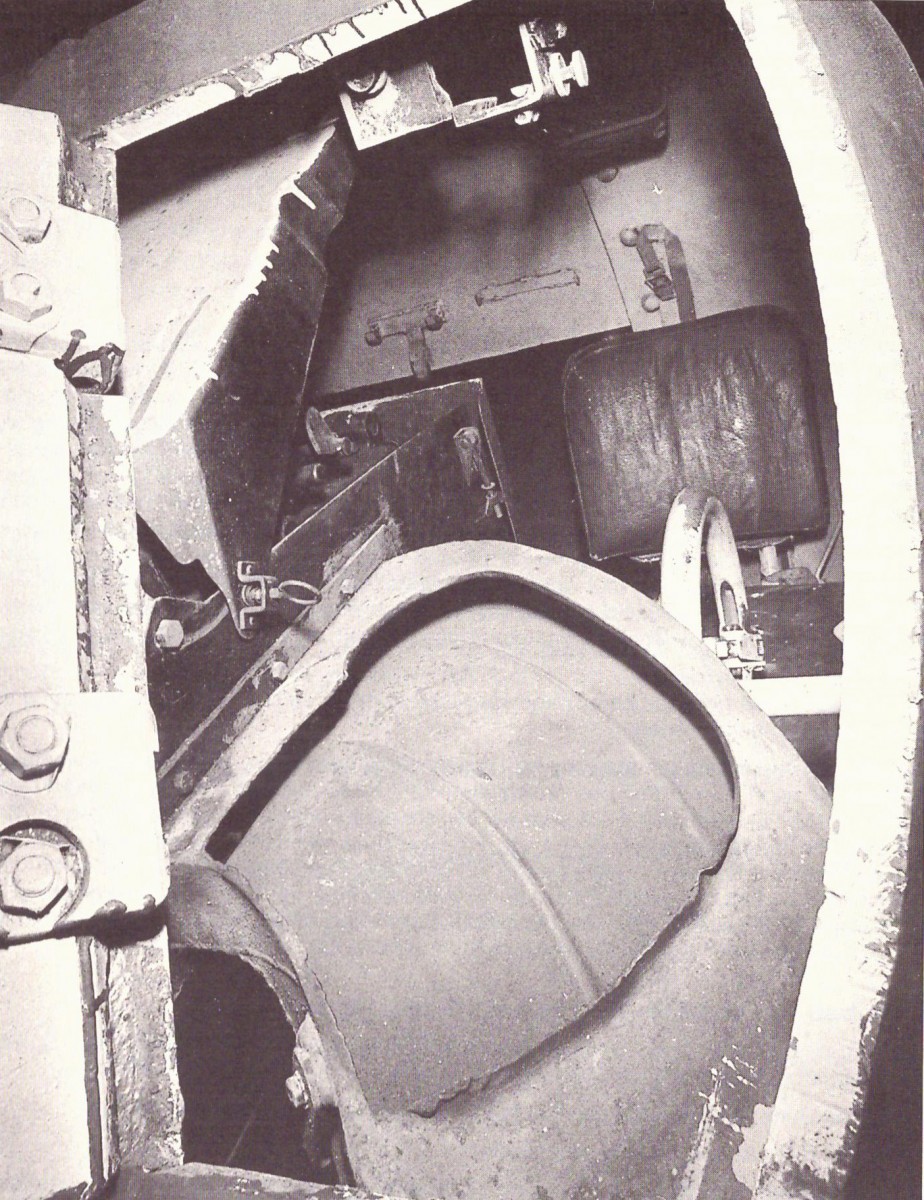 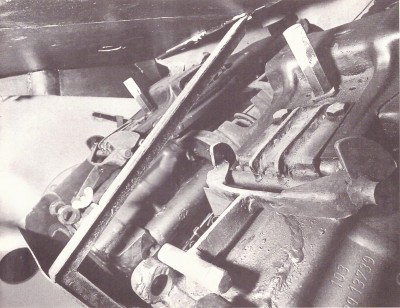 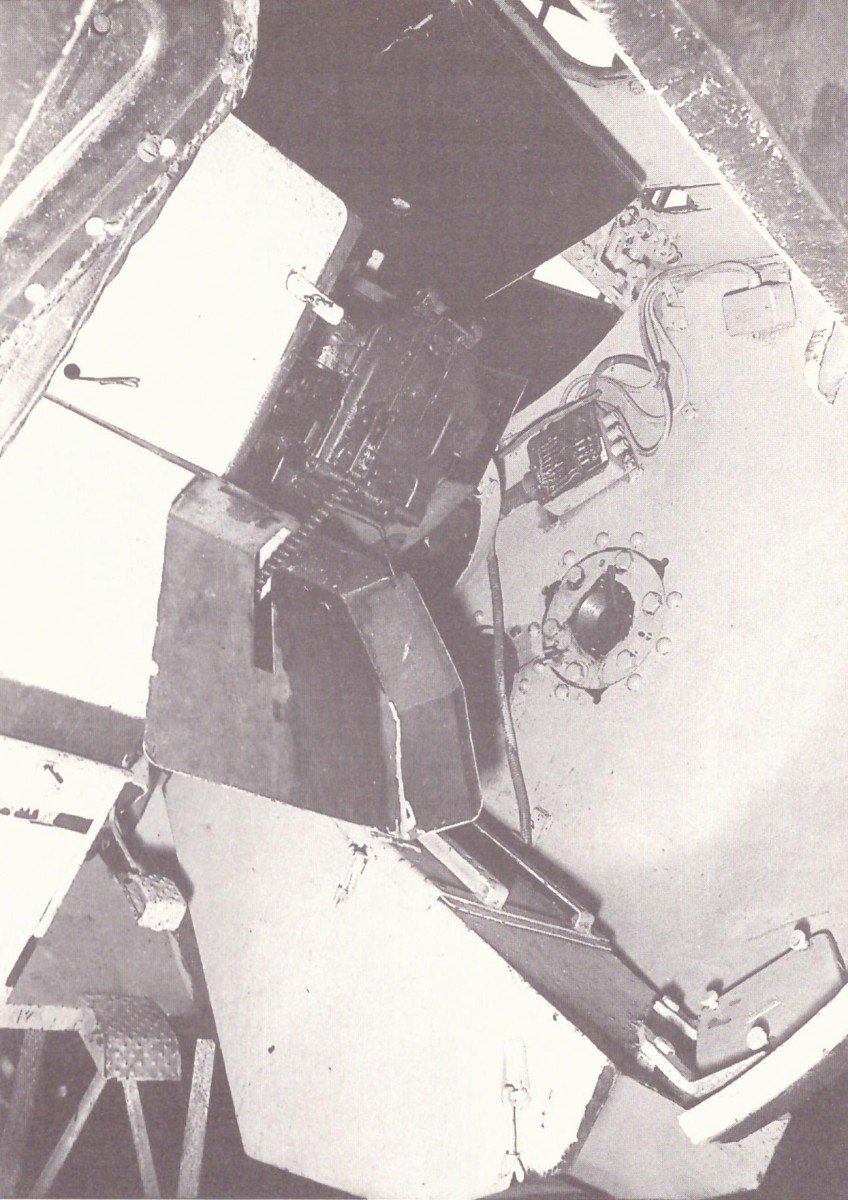 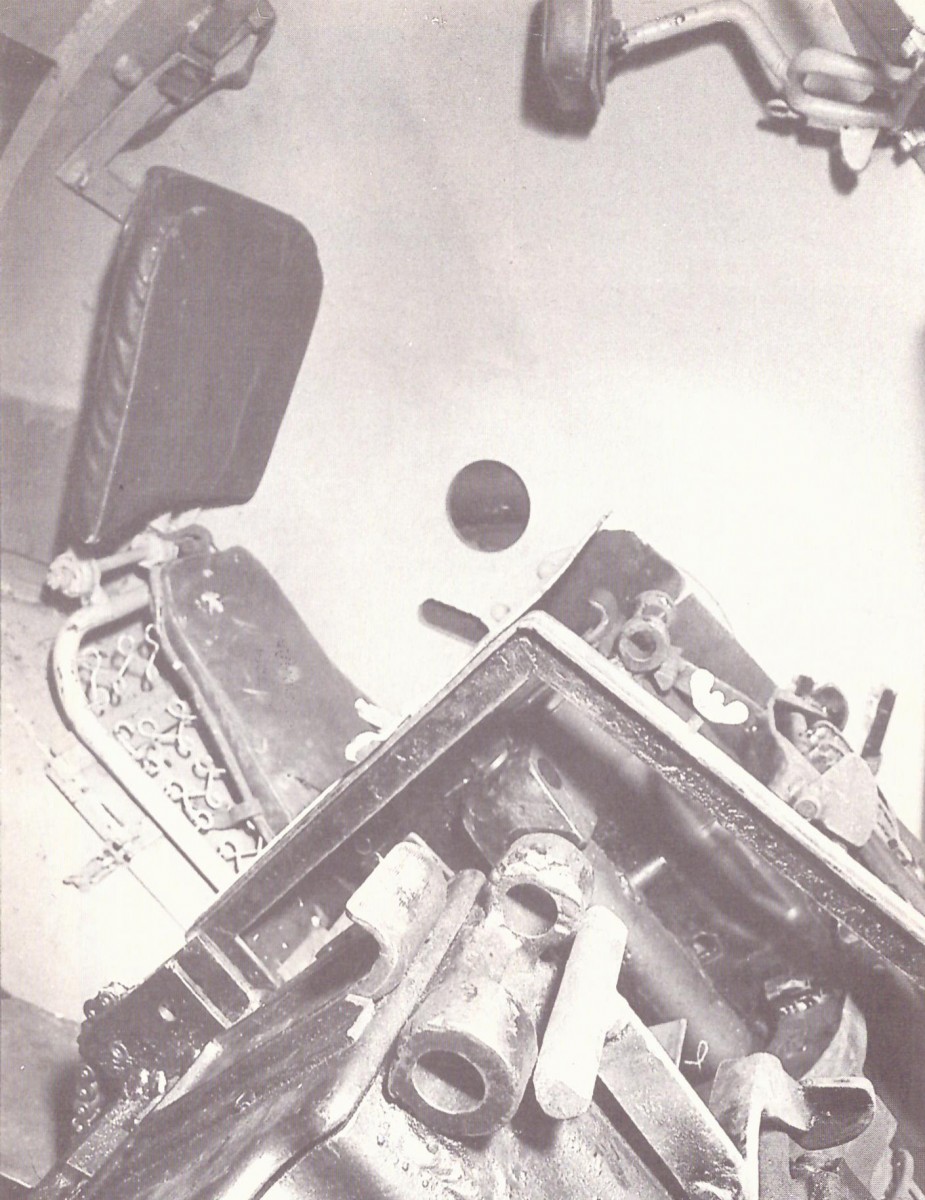 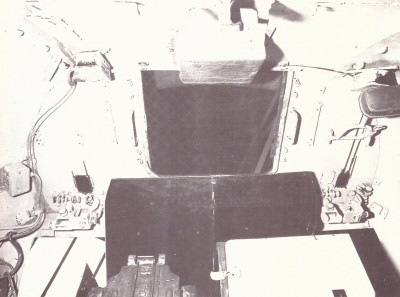 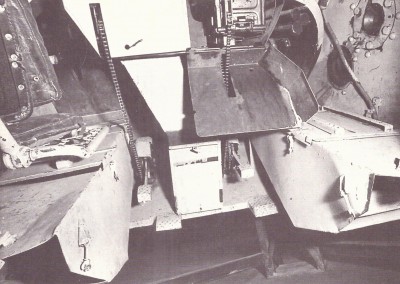 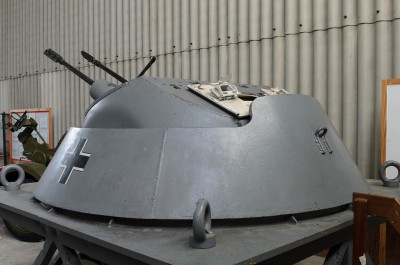 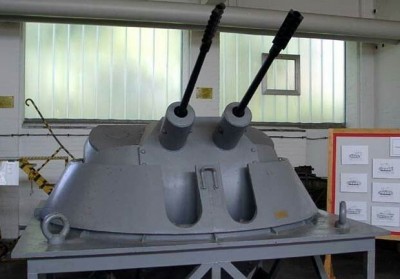 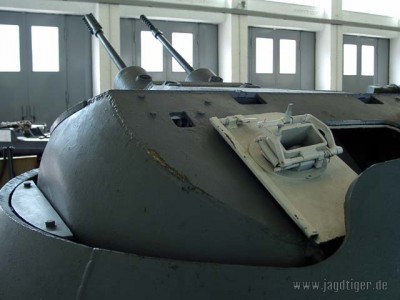 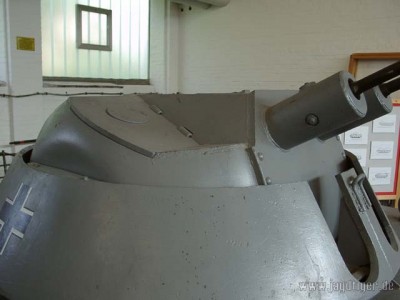 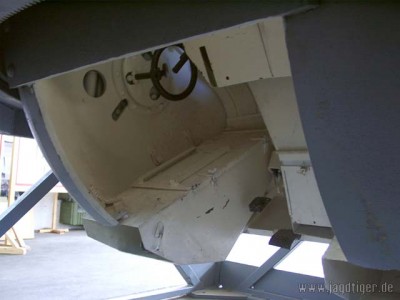 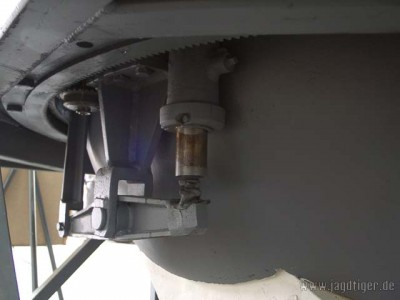 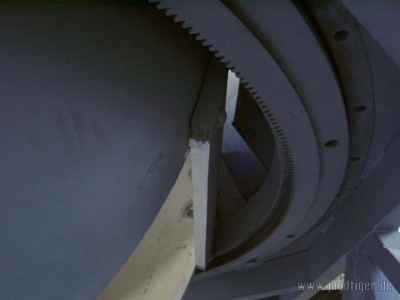 1. Berlin, fotografia platforms, can be destroyed by a full-fledged vehicle of 11.7.1945 (Potsdamer Straße & Bülowstraße - american zone)
2. Full veža obtained by the american troops. It is likely that bola obtained in Berlin. The plant of Daimler-Benz in Berlin-Marienfelde was in the american zone.
3. Vehicle destroyed in bojoch in the area of the municipalities of Hörschel, Spichra and Creuzburg in Germany (about 1.4.1945 - american zone). The wreck of the turret nájdený in 1999.
4. The vehicle captured and tight zretušované in sovietskej military literatúre (Вестник танковой промышленности, №10-11). Where bolo obtained is otázne. Najpravdepodobnejšie however, in Berlin or its surroundings..
URL : https://www.valka.cz/Flakpanzer-IV-Kugelblitz-t19200#645602Version : 0
brano MOD a year ago