Derived from the tank Cromwell, manufactured in England by Leyland from September 1944, the first tanks on the battlefield appeared in October 1944. Comety participated in e.g. the battle of the Bulge in January 1945. Its 77mm cannon proved for a distance of 2000 m penetrate 130mm of armour - that's more than he could Tiger with his "88".

From the beginning of the production equipped with a radio station Wireless Set No. 19, in the framework of the modernization of the changed configuration of the exhausts ("Fishtail"), in the tower installed launcher zadýmovacích shells (2 x 6), a certain number of vehicles rebuilt by the command with extended radiovybavením without cannon armament - only with dummy 95 mm howitzer OQF Mark Even.

These tanks were in Europe, armed with only the English 11. armored division. The rest of the unit were these tanks armed with until after the end of war operations in Europe. 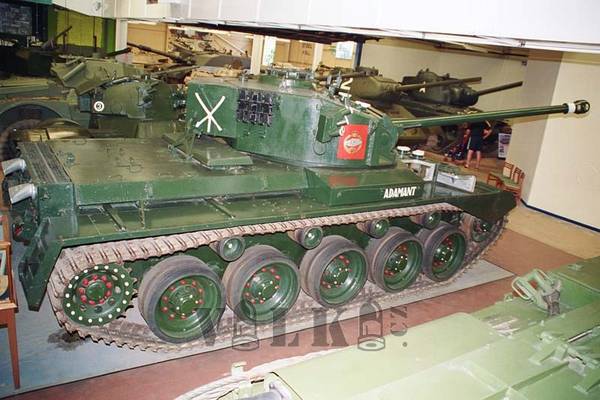 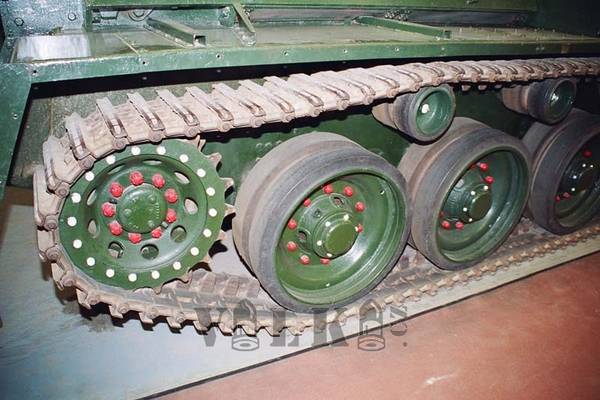 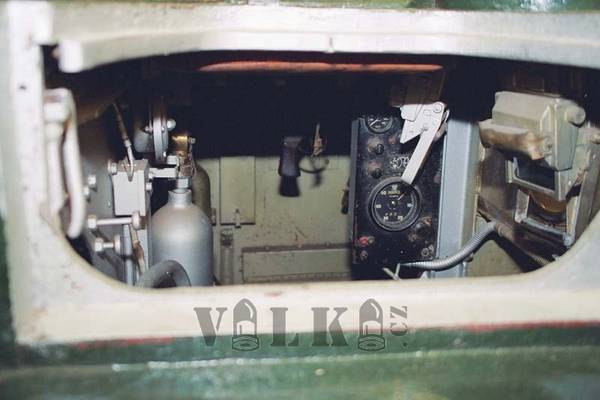 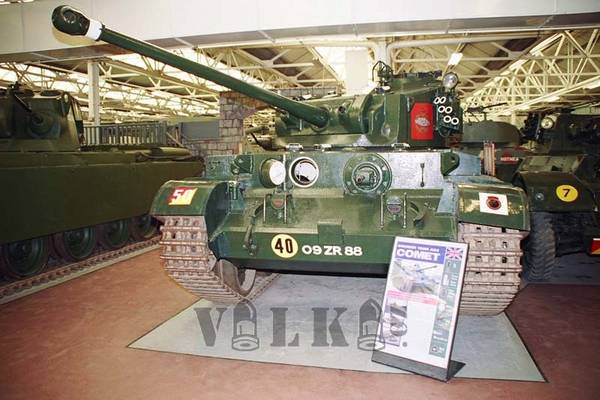 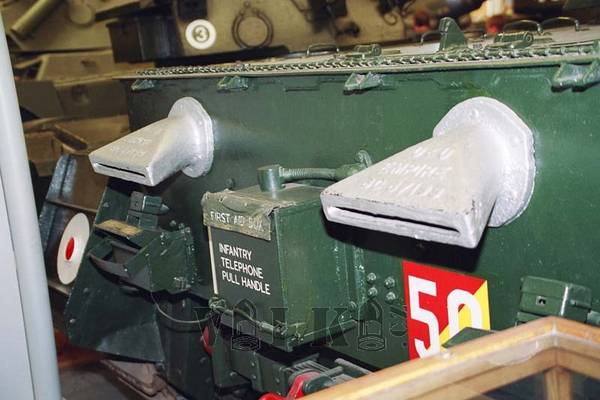 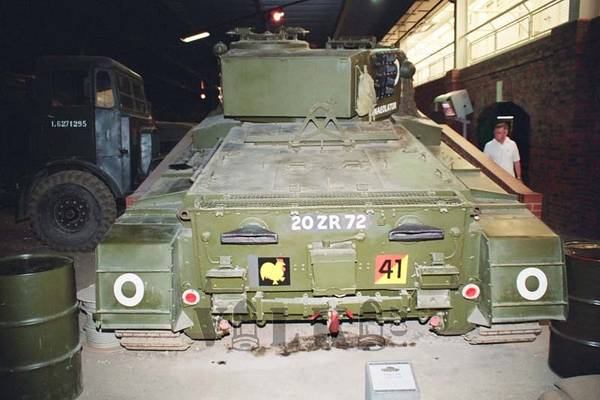 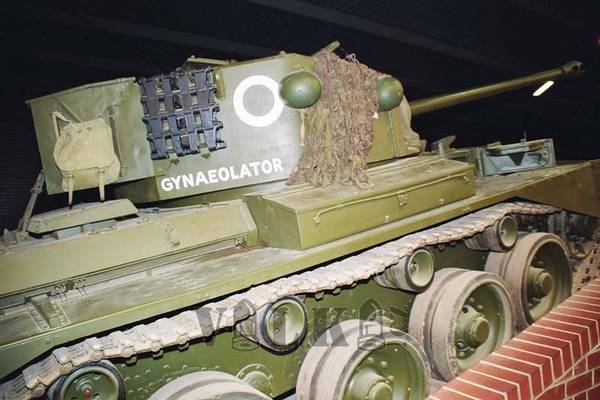 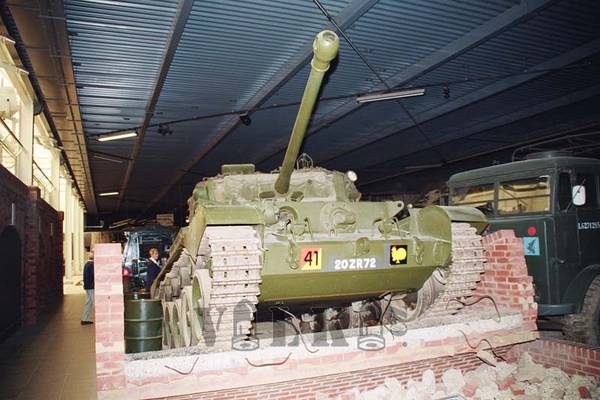 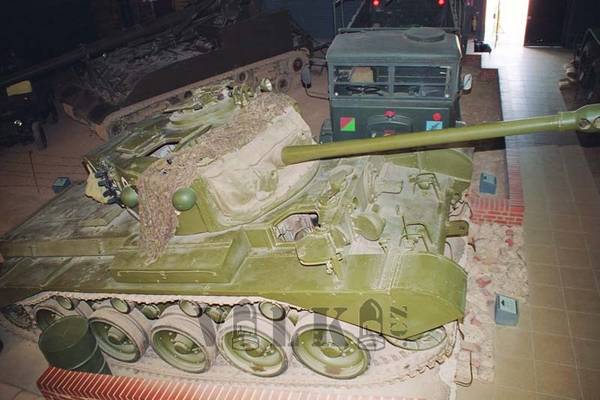 URL : https://www.valka.cz/A34-Cruiser-Tank-Comet-t532#4141Version : 0
Admin MOD 19 years ago
ADAMANT (the museum of the RAC at Bovington) and GYNAEOLATOR (museum in Duxfordu, Land Warfare Hall) are the tanks with the post-war modifications (the"fishtail" exhausts, mounting-thrower zadýmovacích grenades on the tower,...).
Don't be fooled - duxfordský GYNAEOLATOR has in place of the original mounting missile launchers - - thrower zadýmovacích grenades just přehozenu camouflage net (of course, they are dismantled, but "something" there on the sides of the tower left of them...).
Vehicles of the first series had a "box around the exhaust" without the holes for the exhausts in the rear wall (such as Cromwelly), later from the manufacture made the holes, but you have been pulled over square plates, přišroubovanými on the back wall of the "box muffler"...
Vehicles in the war should (in most cases, of course - the exception proves the rule) the "Normandy Cowling" - some sources claim that always typically "cometovské" - that is, a two-piece... never SAY NEVER - you can always find evidence, such a statement refuting the...
Thus, it cannot be excluded that the "Normandy Cowling" was on Cometech the first series one-piece (as on the Cromwellech) and only later (but still during the fighting on the Western front) montovaly covers two-piece...
Other see the attached images... 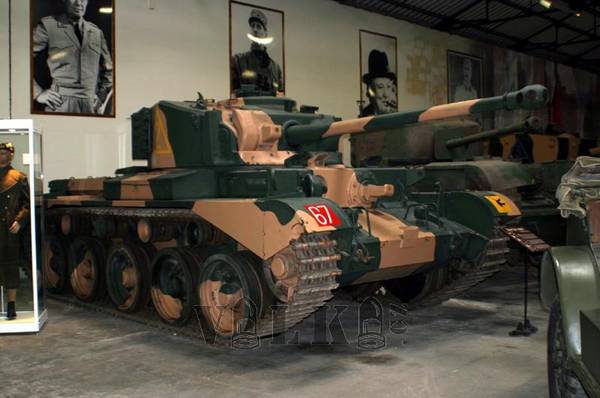 
URL : https://www.valka.cz/A34-Cruiser-Tank-Comet-t532#177938Version : 0
palič 16 years ago
At least 15 vehicles of the type A34 Comet was purchased by the regime of Fulgencio Batista after what was to Cuba imposed the u.s. embargo on imports of weapons.

The tanks were delivered at the end of 1958 (probably in December) and hit (allegedly) already just in the fight against under castro's "Barbudos", the besieging of the city of Santa Clara.

The tanks remained in service quite a short time, practically immediately after the arrival of heavy equipment from the soviet arms deliveries were scrapped with the exception of a single vehicle. It lasted until 1986 as part of a monument at the castle of Punta on the coast of Havana, where the cost as a "guardian" of the entrance to Havana bay. In 1986, his footprints disappearing...

Supposedly there are two more photos of the "cuban" Cometů, loaded on rail wagons (1. image) and aligned to the havana airport (2. frame), taken shortly before the fall of the regime of Fulgencio Batista. Both images are (allegedly) poorly detailed due to the fact that they were taken from a great distance.

Source information: http://www.geocities.com/urrib2000/Tanques1-e.html
This information is in the unchanged form literally cited the other online resources.
URL : https://www.valka.cz/A34-Cruiser-Tank-Comet-t532#289812Version : 0
palič 14 years ago


URL : https://www.valka.cz/A34-Cruiser-Tank-Comet-t532#289783Version : 0
Tango MOD 14 years ago
The next slide on one of the cuban tanks A34 Comet in January 1959.
Vehicles bear the typical characteristics of the post-war production (the brackets with the hurlers dýmových grenades on the sides of the tower, the "fishtail" exhausts).
For interesting can be considered armed vehicles, anti-aircraft machine gun Browning M2 HB mounted on a rack on the ceiling of the tower between the (prior) hatches commander and loader.
Image not clearly documented/added details markingu (around the stars in a red and blue field is the inscription EJÉRCITO REBELDE REPÚBLICA DE CUBA), the inscription on the stern of the tower will probably be the same, vehicle carrying the original british registration marks (?? ZR ??).
According to some sources they were at the front of the vehicle used the little white stars placed on the fenders (not verified).

At least 1 vehicle (on the attached image) from the assembly headquarters company 2nd Bn Dragoon Guards (Queen's Bays) was regulated to the role of the command (COMMAND) tank...

The vehicle was deprived of the main equipment, including the coupled machine gun and the drive system of the tower was after the removal of the electric motor is blocked in position "12 hours".

To make the vehicle too neodlišovalo from the usual battle tanks, was fitted with a wooden dummy howitzer caliber 95 mm OQF Mk.Also. The lower machine gun BESA in the hull of the vehicle was maintained.
Furthermore, the turret and the hull of the tank exempted holders of ammunition and inside the vehicle they were installed the other connecting means (Wireless Set No.19 HP and LP) and the seats for the radio operators, the map table for the commander and the entire internal "working space" has been rigged "trim" with the aim to increase the comfort of the working environment.
In the vehicle, further, there were additional water tanks, the minimum resources for the modification of the diet in the field, folding chair, field of folding beds, a tent shelter and (even!) ladder for the commander... the Vehicle was (according to the available photos), probably due to the volume of vezeného material, equipped with an enlarged deposit box, navěšenou at the stern of the tower.

Although it cannot be determined with certainty "Census Number" of the vehicle, it can be assumed that the vehicle bore the following marking:
White number 51 on the red box always on the right on the vehicle
The character belonging to the superior volume (2nd Armoured Bde) yellow "twinkling" on the black box always left on the vehicle
Nb.: It cannot be excluded that on some vehicles the Queen's Bays remained even after the abolition of the 1st Armoured Division of the original character belonging to the superior connector in the form of a white galloping rhinoceros on a black oval field
Tactical vehicle designation headquarters company of the unit in the form of red rhomboidu on the sides of the tower

Another tank A34 COMET, which was converted to the version of the COMMAND, belonged to the assembly headquarters company 6th RTR (in fact, 6th BN RTR) and was named FEARNAUGHT, the tower bore the tactical symbol of a headquarters company (rhomboid) battalion in yellow color and was photographed just after the war to cargo plošinovém car when transporting unit by rail in Italy... 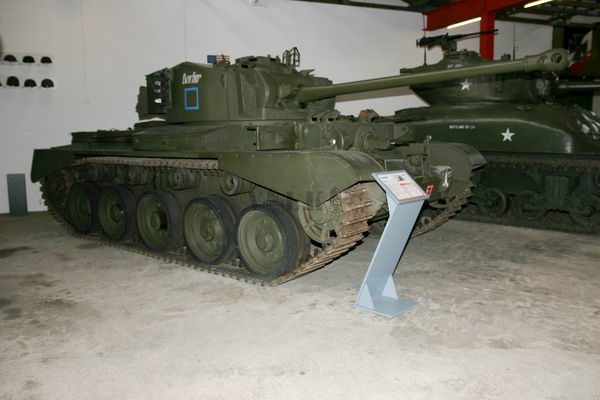 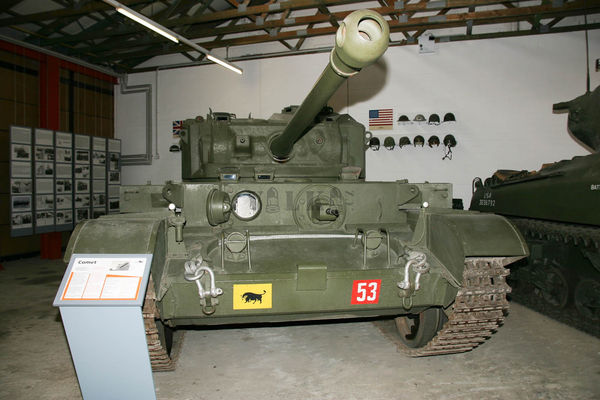 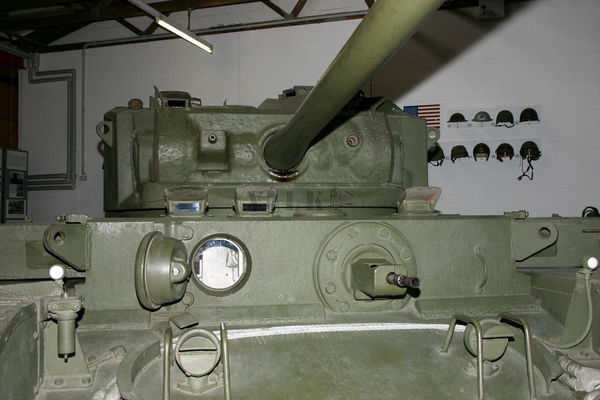 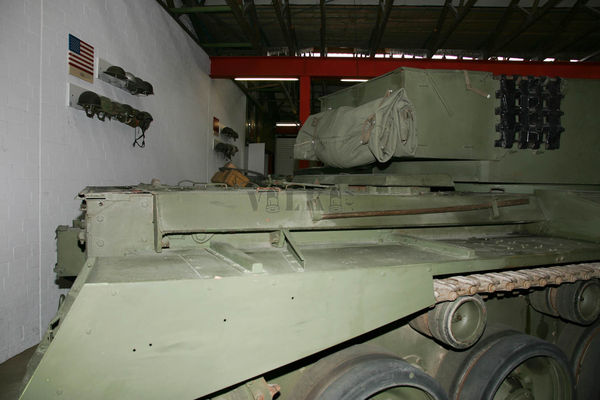 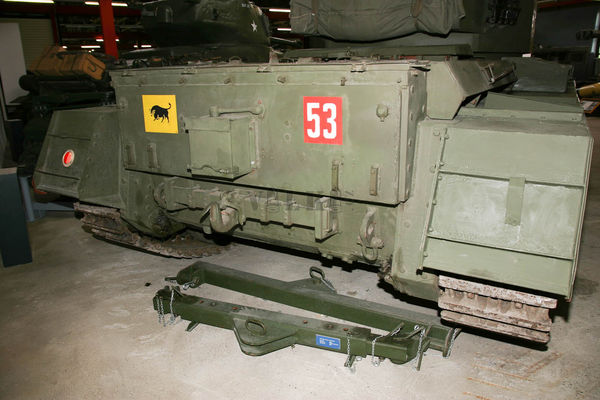 .
URL : https://www.valka.cz/A34-Cruiser-Tank-Comet-t532#504609Version : 0
marektucan 8 years ago
Diskuse
Vehicles of the first series (without the "fishtail" exhausts and free-thrower zadýmovacích grenades on the sides of the tower) was and are referred to as a Heavy Cruiser Tank A34 COMET Mk.1A, vehicles with post-war modifications are then referred to as the COMET Mk.1B.

I note that soon after the termination of the 2.world war ii in the labelling of the tanks have stopped using roman numerals (because of the Churchill Mk.VII soon became the Mk.7

(See above): A34 Comet in Saumuru also has a "fishtail" exhausts - verified by the photos on the Internet...

Further, it is necessary to take into account that almost all tanks, which now we can see in (any) museum, are stacked "like a puzzle" and bear in most cases how the elements, typical for the Mk.1A, so for a version of the Mk.1B..
URL : https://www.valka.cz/A34-Cruiser-Tank-Comet-t532#177891Version : 0
palič 16 years ago