Weapon system Skoda with a horizontal wedge in conclusion, the modification of mountain howitzers vz. 16 calibre 10 cm, made in the years 1920-1922 the company joint Stock company, formerly the škoda works in Pilsen, in the total number of 50 pieces, with part was made by a modification of the original pattern.
The weapon was comprised of three transport components, the main with the conclusion, the birthplace with the shield and gun mount with wheels. Extended steel barrel was jacketed construction with replaceable souls, the conclusion was equipped with poloautomatikou. The barrel was stored in the cradle with the liquid brake, zpruhovým vratníkem, vyvažovačem and targeting mechanism, chobotová the gun carriage was equipped with wooden spoke wheels.
When transport was a barrel and a cradle carried on the two cars pulled by two horses in tandem, similarly to the gun-carriage transport on own axle.
The shooting was used by the watchdog timer grenade vz. 15 caliber 10 cm, the timing grenade vz. 21 caliber 10 cm, the timing grenade vz. 30 caliber 10 cm, shrapnel vz. 14 caliber 10 cm, shrapnel vz. 21 caliber 10 cm and shrapnel vz. 30 caliber 10 cm.
In the autumn of 1938 it was in service with less than 50 pieces, which have been classified into two sections Artillery regiment 201, at the end of the thirties, it was assumed overkill for a mountain howitzer vz. 39 caliber 10 cm. 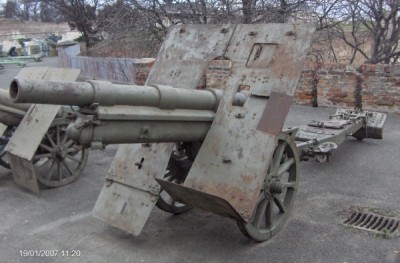 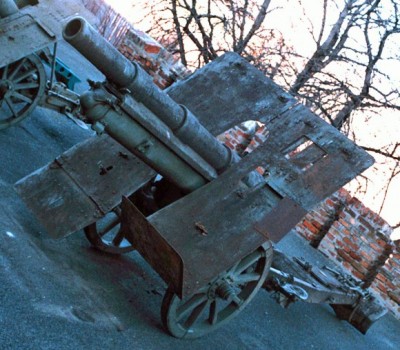 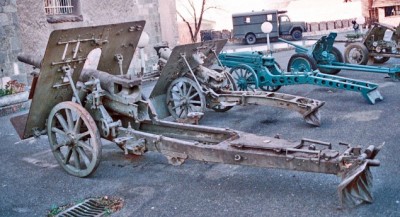 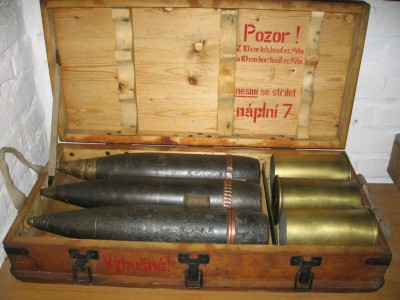 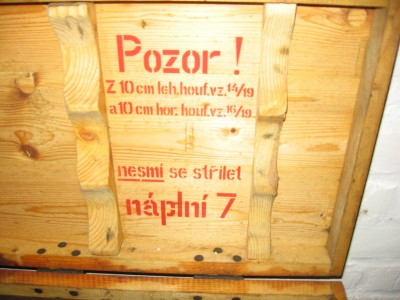 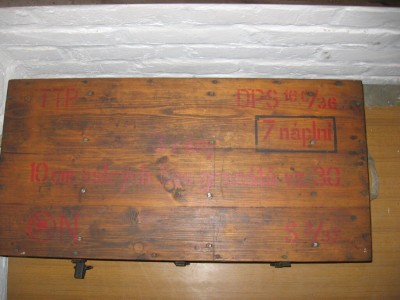