URL : https://www.valka.cz/Mellersh-Francis-John-Williamson-t70725#656636Version : 0
Jirka Cooper MOD 4 months ago
URL : https://www.valka.cz/Mellersh-Francis-John-Williamson-t70725#656677Version : 0
Jirka Cooper MOD 4 months ago
Francis Mellersh was born on September 22, 1898 in Esher, Surrey. In 1916 he entered the
RNAS. On October 29, he was appointed to the rank of lieutenant ( Flight Sub-Lieutenant) and in 1917 he was sent to France, where he was assigned to the 9th (naval) squadron. Here, on July 28, 1917, he won his first confirmed victory when he participated in the shooting down of the observation Aviation.

He achieved this success in the cockpit of Sopwith Triplane, but during the year the squadron was converted to aircraft Sopwith Camel. On the new machine, Francis on October 15, 1917 participated in the shooting down Albatross D.V. He then had to wait for further successes until April of the following year, when the 9th RNAS Squadron was also renamed 209. squadron RAF. In the meantime, he was promoted to the rank of lieutenant on New Year's Eve 1917 ( Flight Lieutenant)

Francis achieved his third victory on April 12, when he participated in the shooting down of Fokker Dr.I.

On April 21, Mellersh participated in a memorable duel in which the pilots of the 209th Squadron fought Richthofen JG I, while her commander himself fell in this fight. In this duel, Mellersh claimed to have shot down the Fokker Dr. I, which was recognized to him, but in fact the Germans did not lose anyone that day except Richthofen. Mellersh himself was later attacked by two other Fokkers and forced to make an emergency landing with an injury to his hand.

He achieved his fifth victory, which included him among the fighter aces, two days later, when he fell victim to the observation DFW. It was also the last victory.

Although he did not achieve any victories until the end of the war, he was still an experienced pilot and so on August 28, 1918 he was promoted to captain and appointed commander of one of the squadrons of the 209th Squadron.

After the war he worked in the same rank as an instructor at the 4th Fighter School in Freiston. On June 3, he was awarded the AFC for his work. During the post-war reduction of the RAF, however, his rank was first reduced and then he was released on 11 August 1921 to the reserve.

He returned to service on March 7, 1922 and was assigned as a pilot in the rank of lieutenant ( Flying Officer) to 84. squadron RAF. In 1923 he was promoted to the rank of captain ( Flight Lieutenant) and since then began working in the RAF in various staff positions. From 1929 to 1933 he was an instructor at the Oxford University Air Squadron ( Oxford University Air Squadron), a unit educating future RAF members from Oxford students.

From January 23, 1933 to February of the following year, he then attended the RAF War Staff School ( RAF Staff College), already in the rank of Major ( Squadron Leader). On February 26, 1934, he was assigned to the Supreme Staff of the RAF Command in Iraq. In 1936 he became a maintenance liaison officer to the General Staff of the RAF. He later served here as a staff officer, being promoted to the rank of lieutenant colonel ( Wing Commander). In 1938-40 he worked at the RAF War School, he was promoted to the rank of colonel ( Group Captain), in 1941 he took command of the RAF base in Wattisham, later he served as a staff officer in Bengal, 7 On January 1, 1944, he took command of the 231st Bombardment Group and in June of that year became commander of the Strategic Air Force in the Far East ( Strategic Air Force, Eastern Air Command).

In this capacity he was caught by the end of the war. He was quoted twice for his services during the conflict in a superior order ( MiD). In January 1945, he was also appointed Commander of the Order of the British Empire (KBE) for his services.

From 1951 he worked at the General Staff of the Bomber Air Force, the following year he took up the post of ground combat training inspector, while in 1954 he retired.

Unfortunately, he did not enjoy a long retirement, as he died in an unusual plane crash on May 25, 1955. On that day, he was to participate in the regatta of the Itchenor Yacht Club, to which he arrived by civilian helicopter. After disembarking and welcoming himself to the pier with his friend Commander ( Lieutenant-Commander) Michael John Baring, the helicopter began to take off again for departure. Suddenly, however, he caught the rotor on the mast of the yacht and crashed back onto the pier. Mellersh hit the main rotor and Baring the buffer. Both died on the spot, the helicopter pilot escaped unharmed. 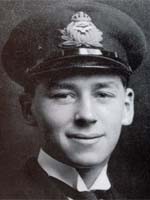 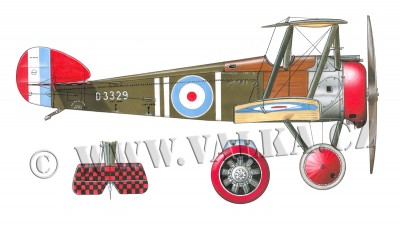 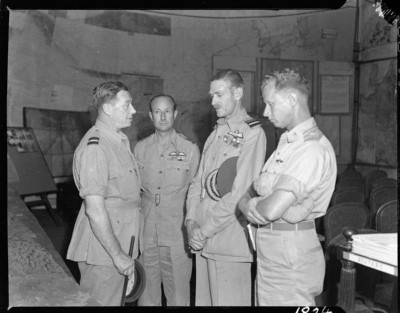