He was born on March 6, 1913 in Novosibirsk (Russian nationality). He got into flying at the Krasnodar Aeroclub, where he completed gliding and parachuting training. In 1932 he was drafted into the army and a year later he graduated from the Perm Military School of Aviation Technicians. In 1939 he became a graduate of the Kačinská Military Aviation School, from which he was expelled in the same year as a fighter pilot and transferred to 55. IAP deployed in Belcy space.

A senior lieutenant[/i] joined the fighting in the rank of immediately after the start of the war with Germany. It is paradoxical that his first victory was his own light bomber Suchoj Su-2, with the introduction of it to the section of the front where they operated, Soviet fighter pilots were not familiar, let alone known its silhouettes. He shot down his real first opponent - Bf 109 on June 24, 1941 in the Jass area. In the period 1941 - 1942 he flew on a fighter aircraft MiG-3, with which he was shot down twice in 1941. Pokryshkin was critical of the current tactics of conducting air battles and how VVS KA pilots have been trained so far. During the war, he developed tactical lessons, which he compared, and was inspired to lead the fight by the enemy. These were later introduced in the fighter air force and new pilots were trained according to them (the so-called Pokryškin Aviation School, from which a number of successful pilots emerged). After the MiG-3 (with the fuselage number "white 67"), he flew for a short time with the fighter Jakovlevem Jak-1, after which was retrained to the American Bell P-39 Airacobru, with which flew most of the Soviet fighter aces. Pokryshkin was in the group of pilots who personally took over these planes in Tehran.

As of April 1943, in the rank of [i] guards captain and in the capacity of squadron commander of the 16th GIAP, he made 354 combat flights. He participated in 54 air battles, in which he shot down 13 aircraft alone and another 6 in group fights. In particular, he became famous in the air battles on Kuban, where his opponents were often fighters from JG 52.

On May 24, 1943, he was awarded the title of Hero of the Soviet Union for the first time. For the second time he was thus decorated in the rank of gvardiji major for 455 combat flights and shot down 30 opponents on August 24, 1943. In the 16th GIAP became deputy commander of the regiment for air shooting and air preparation. In May 1944 he became commander of the famous 9th GIAD. None of the Luftwaffe pilots managed to shoot down his Airacobra with the fuselage number "white 100", although he was allegedly awarded a reward.

For the third time he was awarded the title of Hero of the Soviet Union in the rank of gvardiji colonel on August 19, 1944. He officially achieved 59 victories alone and probably another 6 in cooperation with other fighters.

After the war, he graduated in 1948 from the M. V. Frunz Military Academy and the Military Academy of the General Staff (1957). Between 1968 and 1971, he served as Deputy Commander-in-Chief of the Air Defense Forces. In 1972, he was promoted to the rank of marshal aviaciji and was appointed chairman of the DOSAAF TA. In November 1981, he was appointed an inspector-adviser in the Group of Inspectors General of the Ministry of Defense of the USSR.

As the most successful "foreign" pilot flying the American fighter Bell P-39 Airacobra, he won the American medal "For outstanding service" in 1943.

He died on November 13, 1985. He was buried in Novodevichy Cemetery in Moscow. 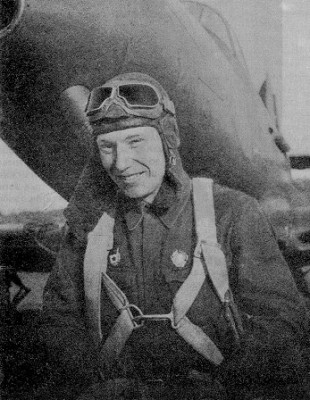 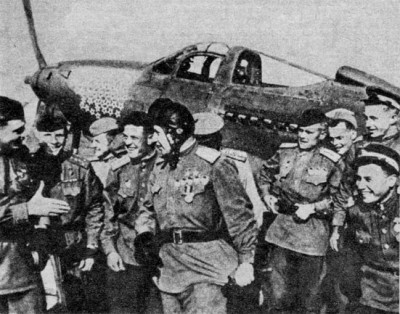 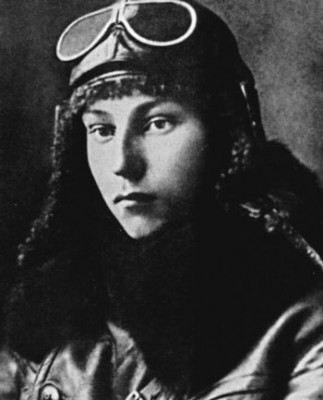 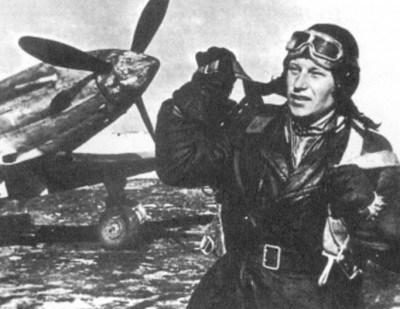 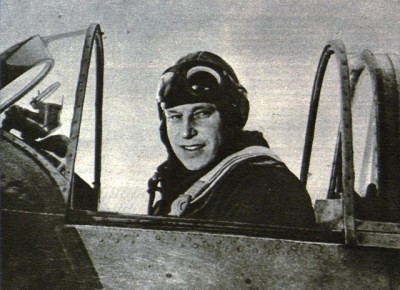 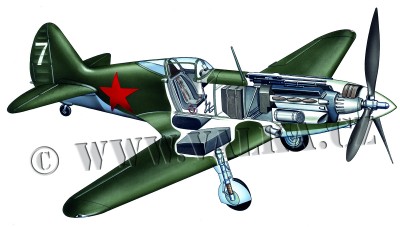 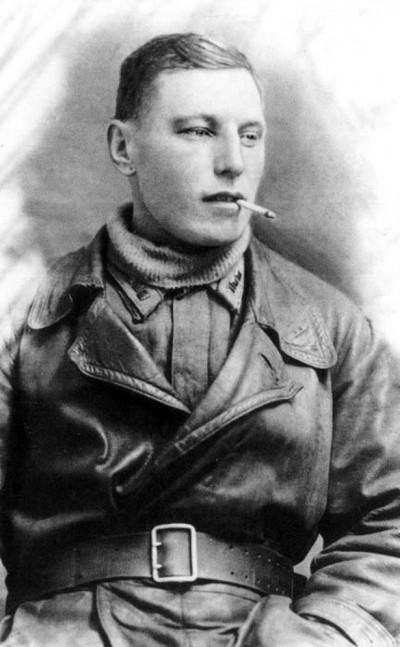 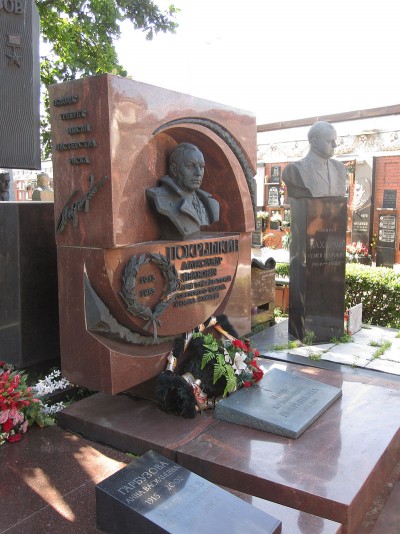