Shortly after the introduction OT-90 into the armament of the Czechoslovak army manifested a number of its shortcomings, which included: - OT- 90 has worse driving and sailing characteristics than BVP-1, which was caused by the OT-90 shift of the center of gravity forward - tank machine gun vz. 43/66 SGMT is physically and morally obsolete
- shooting in the sector above the hatches of the driver and the transporter commander is permanently excluded
- the transporter commander does not have the ability to determine the azimuth position of the target, which could tell the shooter
- primitive shooter seat it was almost impossible to keep on sitting
- the fumes of gunfire are not sucked out of the tower
- insufficient internal lighting of the tower
- space for movement and operation of the charger is limited by ammunition boxes

These insufficiencies were fixed by VOP 026 on one prototype during 1992. Modernization elements were tested and designed for implementation from the first quarter of 1993 in all OT-90, which u VOP 026 underwent revision, medium repair or general repair. The modified transporter received the designation OT-90M1.

The modernization included the following parts:
- addition of another chassis shock absorber for the rockers of the second wheels
- tank machine gun vz. 43/66 SGMT was replaced by type PKT
- the tower is supplemented by a TNP periscope -350B
- the commander's turret is supplemented by an azimuth ring
- headlight OU-3GA-2 is moved during normal operation to the mounts in the combat area
- mechanical firing limiter is replaced by electric firing blocking only when the hatches are open
- the shooter's seat is replaced by a seat "Karosa" with headrest, armrests and safety belt
- exhaust fumes during shooting is provided by a fan from BVP-1
- interior lighting in the tower is done by two lamps from BVP-1, outside the tower is placed on the ceiling headlight FFG-126 from BVP-1
- ammunition boxes are located on both sides of the combat area, which increased the space for the activity of the loader
URL : https://www.armedconflicts.com/CZK-OT-90M1-t96260#429596Version : 0
Martin Smíšek MOD 8 years ago
Side view of the OT-90M1 version. 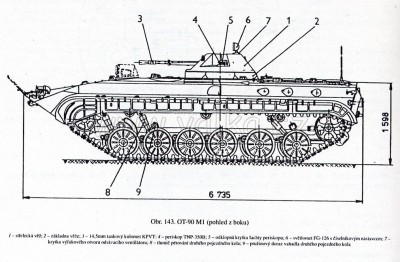 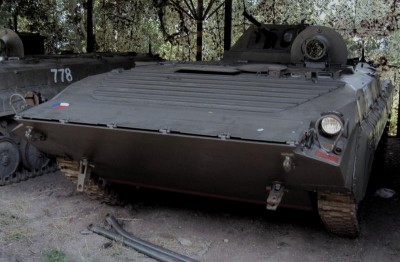 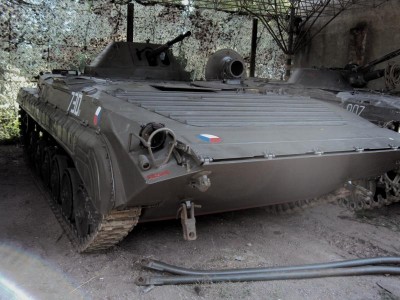 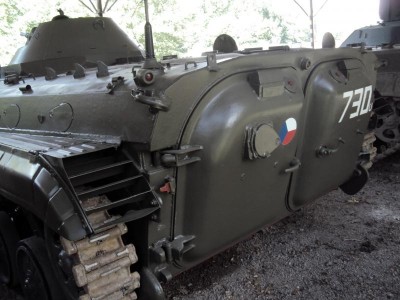 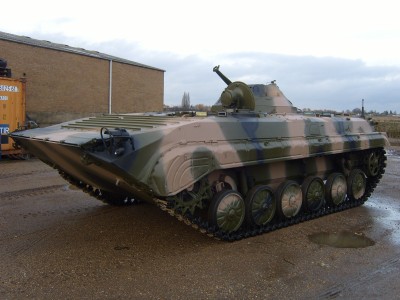 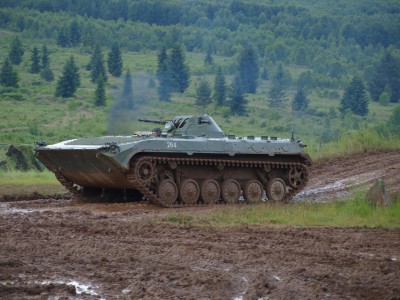