The development of a universal anti-aircraft missile-artillery complex (PLRDK) for the air defense troops of the state was launched in the Russian Federation (or Soviet Union) in the early nineties of the last century. Its model was presented to the public at the end of 1994. In August 1995, the first copy of the device was presented at an exhibition in Žukovské.

The PLRDK is designed for air defense of small military and industrial facilities, units and units of ground troops, as well as to strengthen existing groups of air defense troops to ensure the destruction of targets at low altitudes using high-precision weapons of the enemy.

The modernized Pantsir-S2 was included in the armament of the Russian Armed Forces in 2015.

The first shot down the 96K6 Pancir-S1 was credited to the Syrian system on June 22, 2012, when a 3M111 missile fired from a 72V6-2 combat vehicle destroyed a Turkish reconnaissance aircraft RF-4E Phantom II, which according to the official Turkish version conducted a training flight to verify the operation of the radar system near the Syrian port Latákie. The plane was to fly into Syrian airspace, but shortly afterwards leave it again, according to the Turkish side, it was then shot down, without warning. RF-4E took off from the base of Malatya/Erhac. The shot down machine belonged to the state of the local 173rd Squadron originating from the state of the 7th Wing (173 Filo, 7nci AJÜ). It allegedly carried a reconnaissance container LOROP from the company Elbit. Four Turkish patrol boats, helicopters and an unspecified number of Syrian boats took part in the subsequent search operation. Both Turkish pilots died.

Since 2015, the system has also been deployed to Syria by the Russian armed forces as part of Russia's military intervention in the Syrian Civil War. According to official Russian information, from March to July 2017, Russian Pancir-S systems deployed in Syria destroyed 12 flying objects, including unmanned aerial vehicles Heron (Israel), Bayraktar (Turkey), RQ-21A (USA), as well as various rockets and aerostats. On the night of January 5-6, 2018, 13 drones attacked the Chumajnim air base. Seven drones were eliminated by Pancir systems, six were forced to land due to the use of electronic warfare systems.

On April 14, 2018, US, British and French forces launched 103 surface-to-air missiles and air-to-ground missiles aimed at eight locations in Syria. According to Russian officials, 25 missiles launched by Pancir-S1 systems destroyed 23 enemy missiles in response to the raid. The US Department of Defense said no Allied missiles were shot down.

Russia's air defense systems Pancir and Tor-M1 shot down 27 missiles fired by opposition militants at the air base on May 6, 2019 Chumajnim . At the turn of February and March 2020, combat drones of the Turkish Air Force damaged a pair of Syrian combat vehicles 72V6-2 system Pancir-S1.

Meanwhile, the Pancir-S1 system was deployed in combat in the civil war in Libya. In June 2019, the United Arab Emirates deployed several of its Pancir-S1E systems in Libya to support General Haftar in its advance toward Tripoli. The Libyan interior minister of the opposition government of the National Agreement (supported by Turkey) said that one of the systems was allegedly destroyed by air strike on November 13, 2019.

On 15 May 2020, one Pancir-S1E system belonging to the Libyan National Army was destroyed or damaged by a Turkish drone near al-Watiya Air Base located southwest of Tripoli . On May 18, 2020, military forces under the command of the Government of the National Agreement occupied al-Watiya Air Base, where they captured one 72V6-E2 combat vehicle belonging to the Libyan National Army, which had been hit by an anti-tank missile three days earlier.

On 20 May 2020, it was announced that the National Agreement Government forces had destroyed a total of seven Pancir-S1E combat vehicles at al-Watiya, Tarhoun and al-Wishka air bases. However, this claim was challenged by a representative of the Libyan National Army. At this time, the Pancir-S1 complexes using 72V6-2 combat vehicles built on the KamAZ chassis were also deployed in Libya. 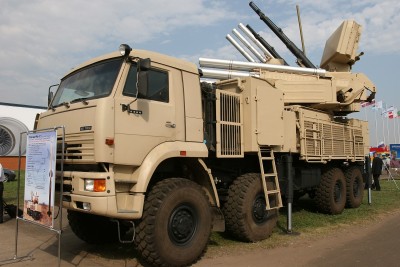 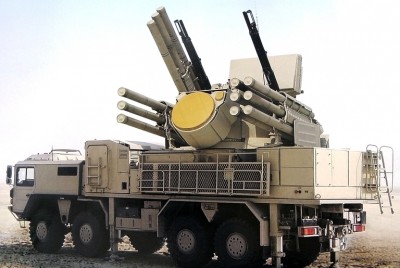 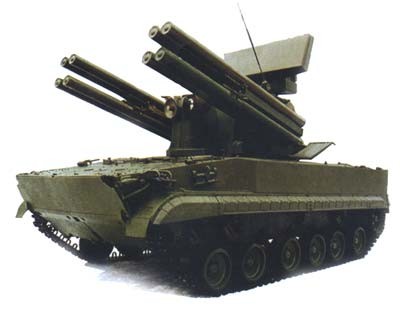 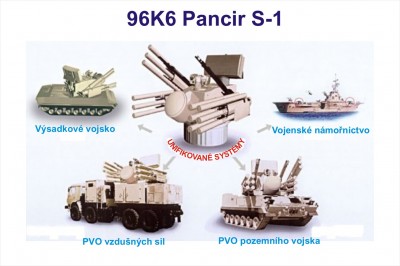 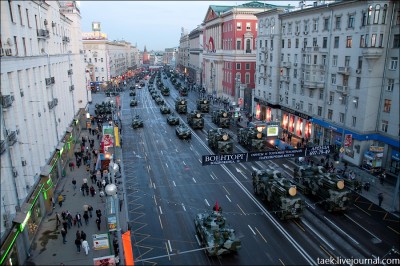 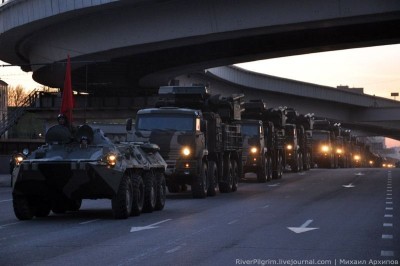 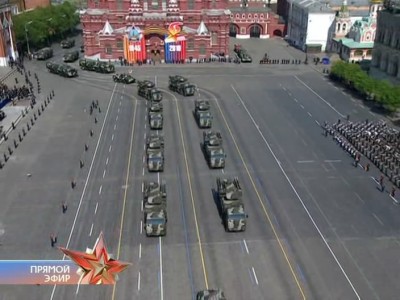 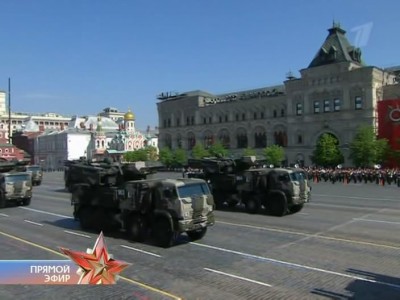 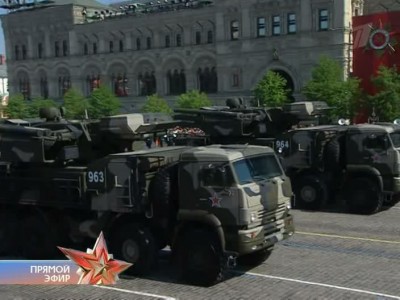 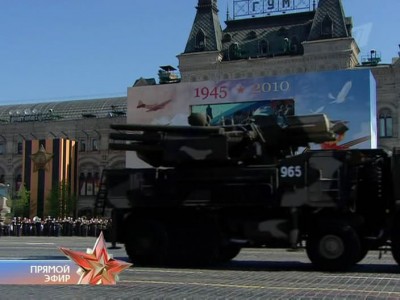 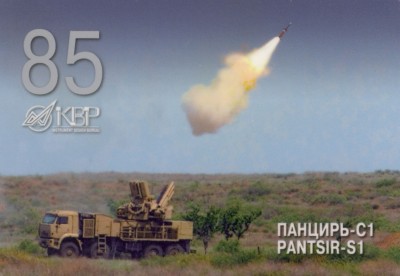 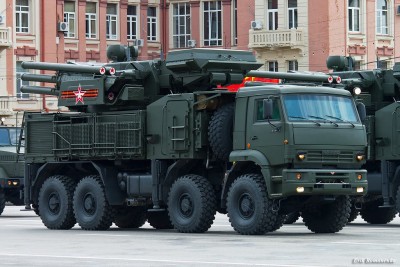 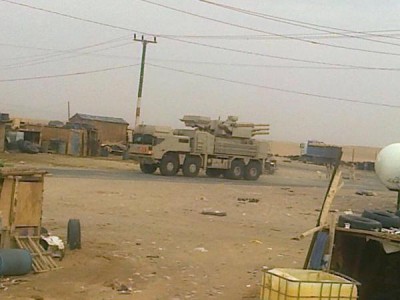 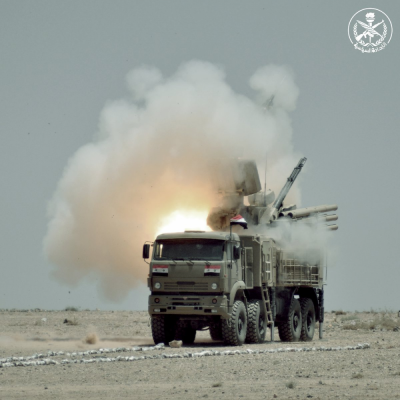 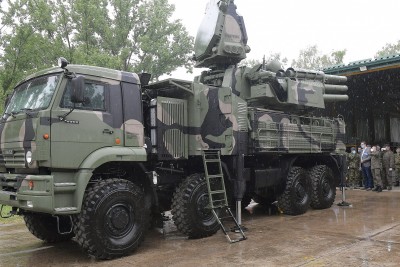 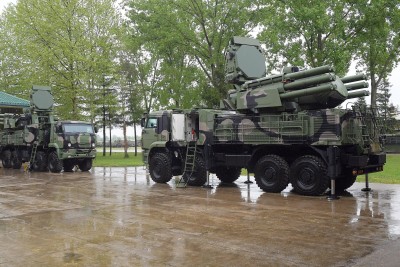